For two days now, a group of 40 deputies and volunteers have been searching for any signs of Andreen McDonald. Sheriff Javier Salazar said he believes the mother is no longer living. 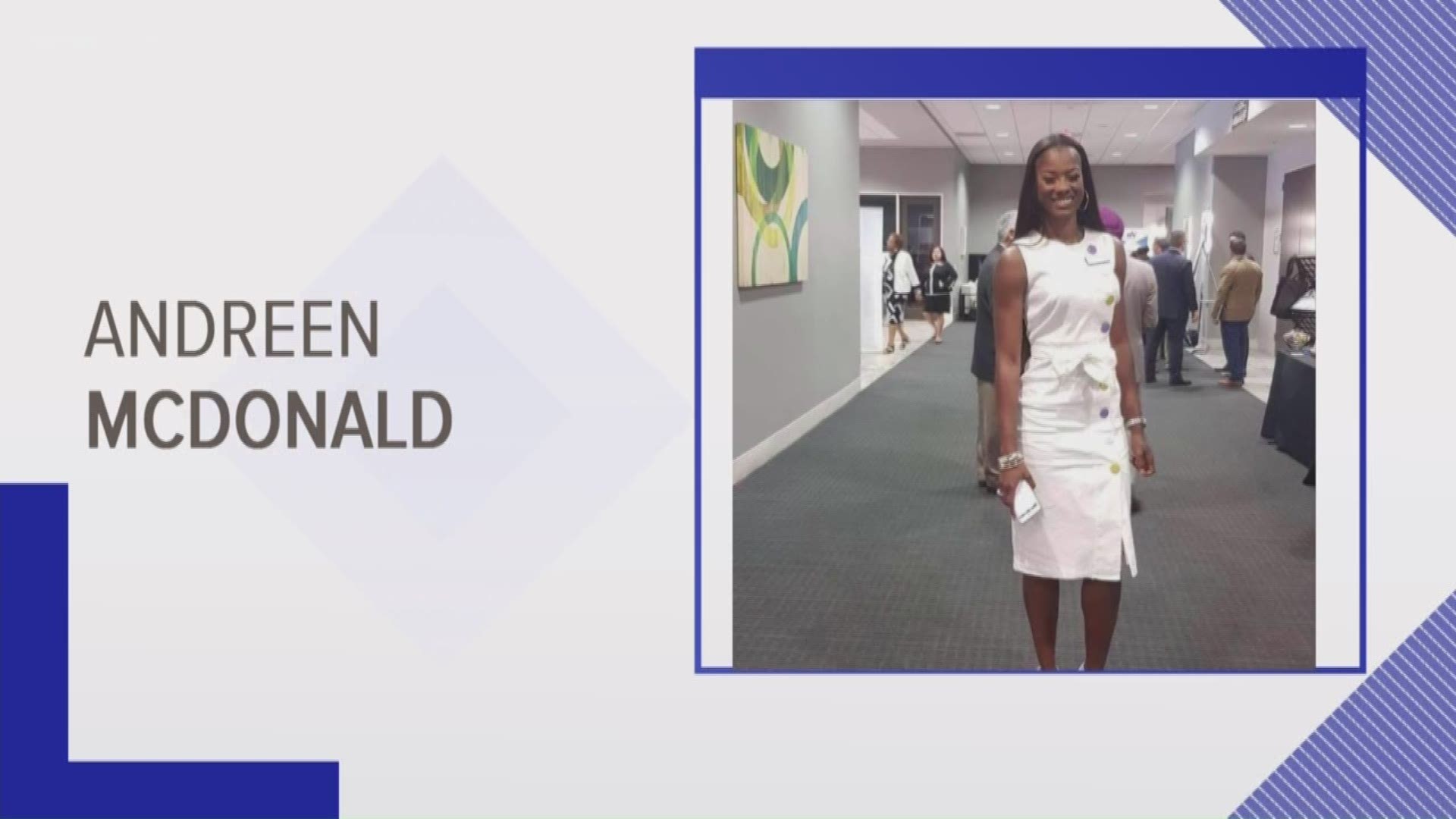 SAN ANTONIO — There is brand new information about a missing mother who authorities fear is dead. Her husband, Air Force Major Andre McDonald remains in custody. According to court records, he filed for divorce from Andreen McDonald in 2017, but he later withdrew his petition.

Meanwhile, the search continues for her body. The Bexar County Sheriff's Office will resume the search for Andreen at 9 o'clock Tuesday morning. The public is invited to help and the location is at 26108 Overlook Parkway.

KENS 5 is also learning more about the business owner. She ran Starlight Assisted Living and she also showed up almost every day at Iron Tribe Fitness. Two trainers, Abby Jones and Pete Gamboa, said she was dedicated.

"I say the word beast and goddess all the time for her," Jones said. "We are dried out of tears. We are just emotionally down."

However, when she didn't show up last Friday, these trainers knew something was wrong.

"All we can do is go off faith and hope that wherever she is, that she is with God and she's safe and she is being protected right now," Gamboa said.

For two days now, a group of 40 deputies and volunteers have been searching for any signs of Andreen McDonald. Sheriff Javier Salazar said he believes the mother is no longer living. Drones and cadaver dogs are being used to find her body. The Sheriff said Andreen's husband has refused to help.

After a search of their home, investigators found blood, hair, gasoline, a shovel and torn up receipts.

Andre was charged with tampering with evidence. The sheriff said friends and family told officials the couple did have a violent relationship. The couple also has a six-year-old daughter. The child is staying with her grandmother. Authorities believe the little girl may have seen what happened to her mother. However, she is autistic and the sheriff said she's non-verbal.