One man shares his dream to bring peace to the streets after four people were shot on the east side Sunday afternoon. 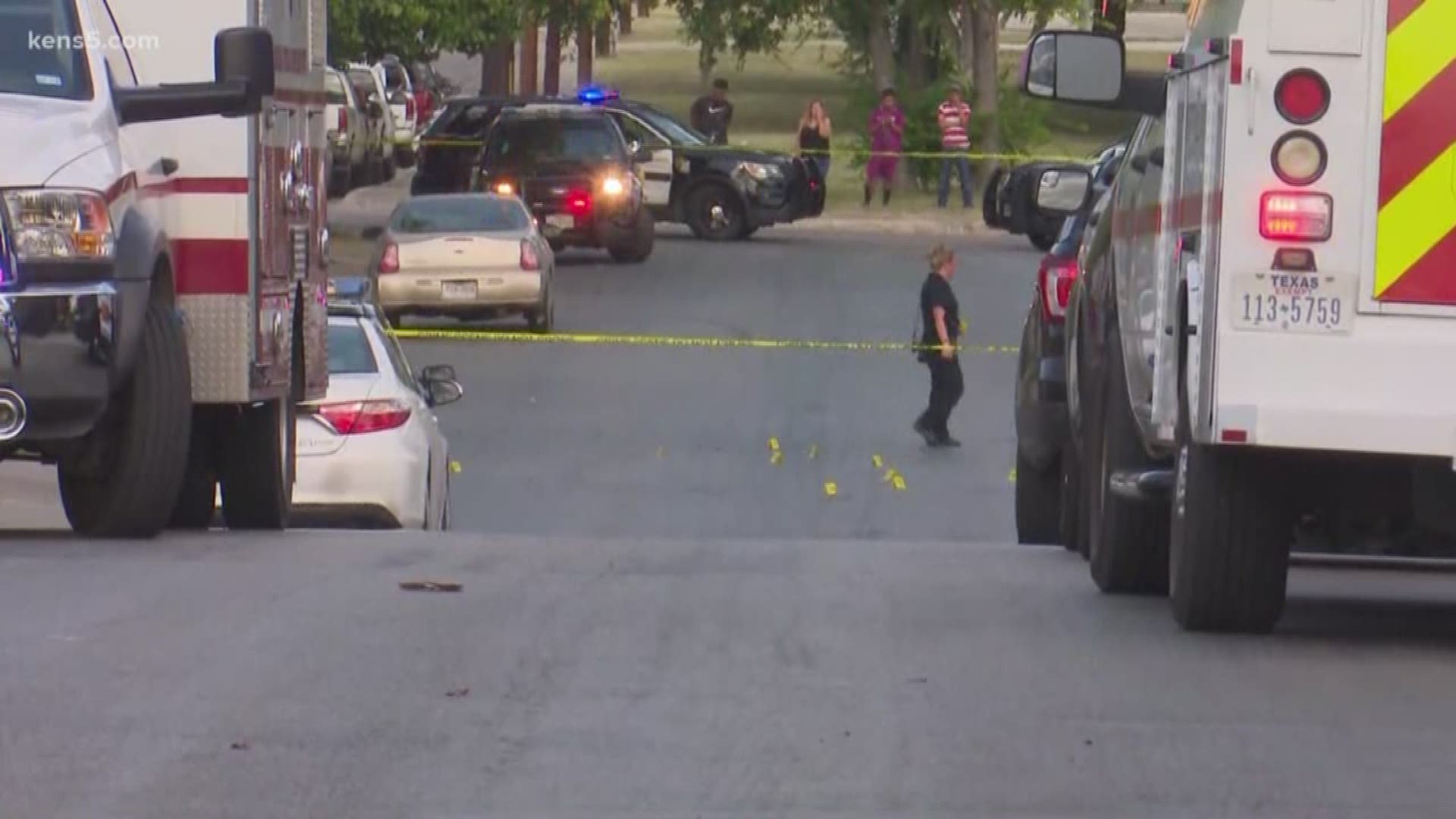 As four people are recovering from gunshot wounds, there may be a movement to bring peace to the streets in one of San Antonio's most violent blocks.

Sunday afternoon, San Antonio Police Chief William McManus said he would not release details, but he said there is a plan in the works to do something about continuing problems in the 600 block of Morningview in east San Antonio.

Chief McManus said two children and two adults were shot when at least three gunmen traded shots in the middle of a crowded street shortly after 4pm.

McManus said a two-year-old girl and her mother inside their apartment, a 12-year-old boy across the street and an adult man sitting in a driveway were all shot when gunfire erupted in the street.

McManus said all the victims were in stable condition and none had life-threatening injuries.

"I don't say that to diminish the seriousness of it, but to say that they are not in critical condition right now," McManus said.

McManus said many crimes committed in the area end up being hard to solve because people are reluctant to speak to police.

"No one is being cooperative. Everyone says they don't know what happened or why it happened," McManus said.

Without revealing any specifics, McManus hinted that finally, at long last, help just might be on the way.

"It is a very troubled block. I am very familiar with it. Going forward, we think that it may not be so troubled after a while, if I can be so cryptic," McManus said.

Walt Perry and his wife Alicia live in the neighborhood with their children and they hope to be a part of the solution.

Perry said his group will be sponsoring a community fitness event, and they are looking for partners who want to help bring peace to the streets.

"The purpose of this event is to bring the community together and let the city know the beauty of the east side, the beauty of Martin Luther King Park and the wonderful things that are happening on the east side," Perry said, adding "It's very beautiful and peaceful. I just enjoy walking through the park, riding my bike and just going to Celebration Springs and just having a good time in the park with my family."

Perry, who lives very near the danger zone, said, "It is drug infested. It is gang infested and we are working to rid our community of that. One person cannot make a difference. It takes a collaborative effort, from community, law enforcement and the city. We have to invest in people," Perry said.

"We can't have a leg up in this community if our legs are constantly getting shot," Perry said.

Perry said he was happy to have the support of District 2 City Councilman William Cruz Shaw and his staff and other community leaders.

After watching too many young lives lost to violence, they are looking for partners to help stage the Suit Up 5K on November 10 in the heart of the hot zone of violence. They want people to get out, get up and take back the neighborhood.

"A lot of people don't know the great work that's going on in the east side. They just only hear the negative and we want to highlight the positive," Perry said.