Community shocked by the death of 4-year-old Cash Briones, who was found dead Friday night in a room at a Days Inn on I-10 near East Houston Street. 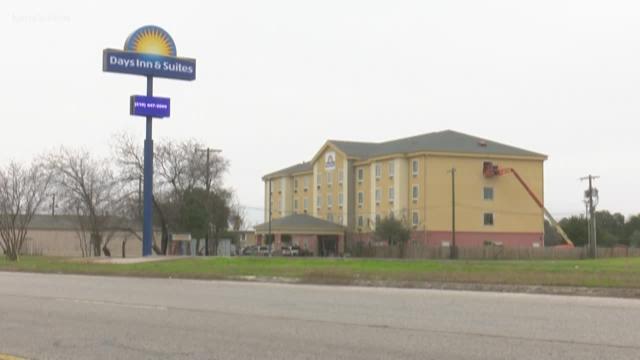 Two toddlers are in good condition after being found with their dead 4-year-old brother at a motel, according to a family member.

The toddler, Cash Briones, was found dead Friday night in a room at a Days Inn on I-10 near East Houston Street.

Briones’s mother told police she found her son unresponsive in bed next to her intoxicated boyfriend, Arroyo.

The Medical Examiner's Office ruled that Briones died of blunt force injuries to the head and possible asphyxia.

The disturbing death came as a shock to neighbors nearby.

Margarita Rodriguez lives less than five minutes away from the motel where the boy was found. She says the tragedy hits home because she has nieces and nephews around that age.

"If anybody was to either hurt them or kill them…I would probably just want to die myself," Rodriguez said.

Briones’ 1-year-old sister and 3-year-old brother were transported to the Children's Hospital of San Antonio for possible injuries and were released.

Rodriguez says she can't imagine the pain Briones endured, a little boy incapable of defending himself.

"To find out that somebody did something brutal to somebody... it hurts," Rodriguez said.