The Dallas Police Department and other businesses on a four-mile stretch of what was South Lamar Street have started updating their websites to reflect the change. 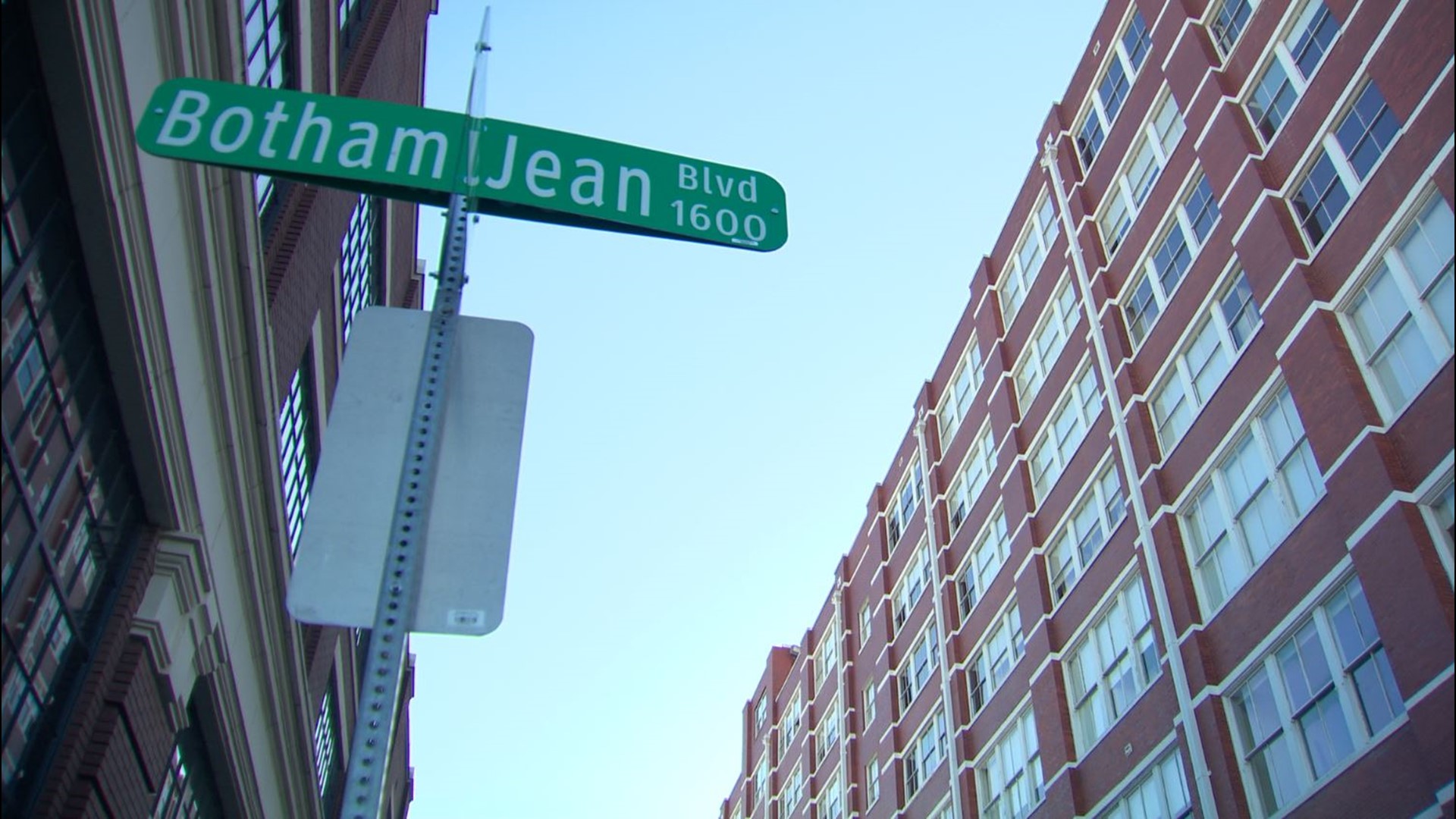 But by Monday afternoon, the website and all of the department’s social media accounts had been updated to reflect the change.

Botham Jean lived a block north of the department’s headquarters.

He was eating ice cream alone in his apartment on the night of Sept. 6, 2018.

His neighbor, Amber Guyger, was a Dallas police officer.

She drove home after her shift and claimed she mistook Jean's apartment for her own.

She shot and killed Jean and was later found guilty of his murder.

The name change became official in a Saturday afternoon ceremony.

The change included the section of road where Jean’s apartment and Dallas police headquarters are located.

The websites for Southside on Lamar loft apartments and the Canvas Hotel have been updated to reflect the new name, too.

Multiple other businesses will follow suit in the coming days and weeks.

“Immediately following his death, one of the things I said is I want his name to be remembered,” Allison Jean said of her son on Saturday.

“The street renaming is a good way in which many people are going to say his name, know his name and know who he was.”

As websites changed in Dallas, the Jean family also took its fight to Austin, where lawmakers will this week begin debating the Botham Jean Act, also known as Bo’s Law.

HB 929 The Botham Jean Act - “Bo’s Law”Safe at Home seeks to clarify and provide transparency and protections for citizens and law enforcement alike.

Sherman sponsored the bill, which he said will clarify the state’s castle doctrine and promote more transparency during police investigations.

The bill would not permit an argument like the one Guyger used for her defense.

She claimed Texas’s castle doctrine allows for someone to use deadly force to protect their home, even if they are mistakenly in the wrong home.

“This law clarifies what everyone assumed already existed,” explained Dallas County District Attorney John Creuzot. “You should be in your own home when you claim this defense.”

The bill would also require police officers to turn on their body-worn cameras at the beginning of an investigation and leave them on until the investigation is complete.

Anyone who tries to deactivate body-worn cameras or destroy evidence would be held accountable.

Botham Jean’s sister, Alissa Finley, said her family relives their trauma each time news breaks of someone killed by a police officer.

“It halts our healing process,” she said.

“Any way we can prevent this in terms of changing policy, we will do, because we want to heal. And we want the world to heal.”