Navy veteran who was wrongfully imprisoned in Thailand shares his story 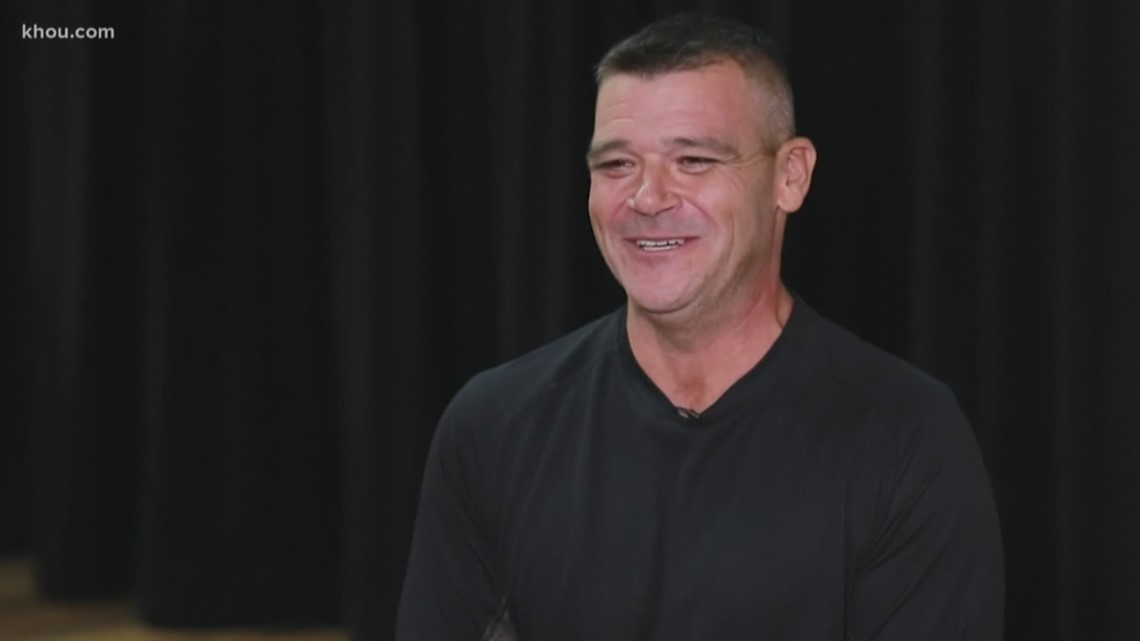 On Friday, Derrick Keller, the U.S. Navy veteran wrongfully locked up in a Thai prison for more than a year, told his story.

“I was told several times by them (Thai officials) that they didn’t care if I was guilty or not, that if they wanted to keep me, they could keep me as long as they wanted. That they could make me disappear," Keller said.

RELATED: Houston-area Navy veteran reunited with family after jailed in Thai prison for over a year

Keller was accused of being the mastermind of a Ponzi scheme and faced decades in a Thai prison.

Scared they’d never see Derrick again, the Kellers reached out to a long list of politicians they’d hoped would help. Frustrated with a lack of action, they reached out to KHOU 11.

After months of coverage, Keller was found not guilty on Sept. 30 only to be detained once again trying to leave Thailand.

Family said on Tuesday, the U.S. Embassy escorted Keller through customs at the airport in Bangkok and got him on a plane to South Korea where he was met by his wife and daughter.

They arrived back in Texas on Wednesday.

Keller was held at Klong Prem Prison in Bangkok for 13 months where he lost 70 pounds and describes living in deplorable conditions.

Keller explained food and toiletries were sparse, and open sewage caused the prison to smell. He also describes physical abuse, however, said the worst part was the unknown.

Keller wasn’t allowed to use a phone during his imprisonment and had very little knowledge of what was happening in his case. He said someone from the U.S. Embassy in Thailand would visit once a month, bringing books and magazines, but said they did little to help him through the legal process.

"I never once felt like the State Department was doing anything to help me, and I got so tired of hearing, ‘We do not get involved in the Thai legal process,’” Keller said.

As a man who served this country, Keller felt abandoned by it.

“I feel slighted. It broke my heart. And I hate saying it because I love...love this country. I considered myself a staunch patriot, and now I’m hurt. I’m disappointed," he said.

His family never let him down and were relentless in fighting for his release. He reunited with his wife and daughter at an airport in South Korea last week.

“It was amazing. There are no words to use to describe it. I don’t have the vocabulary to express what I felt at that moment. I didn’t think I would ever see them again," Keller said.

His wife Tanya was instrumental in getting Keller’s story out to the public, creating a social media campaign, reaching out to politicians and media, all which Keller didn’t learn about until after his release.

“My wife is my hero. She is my champion, and if it wasn’t for her fighting as hard as she did, I do believe that they would have found some reason or someway to keep me in there," Derrick Keller said.

The Kellers' plan to start a non-profit to help others who are locked up abroad and push the U.S. Embassy to provide more detailed travel warnings about foreign countries.