Murder suspect had been in ICE custody twice before alleged killing

20-year-old Ernesto Esquivel-Garcia has been charged with murder, arson and abuse of a corpse in an incident last month. 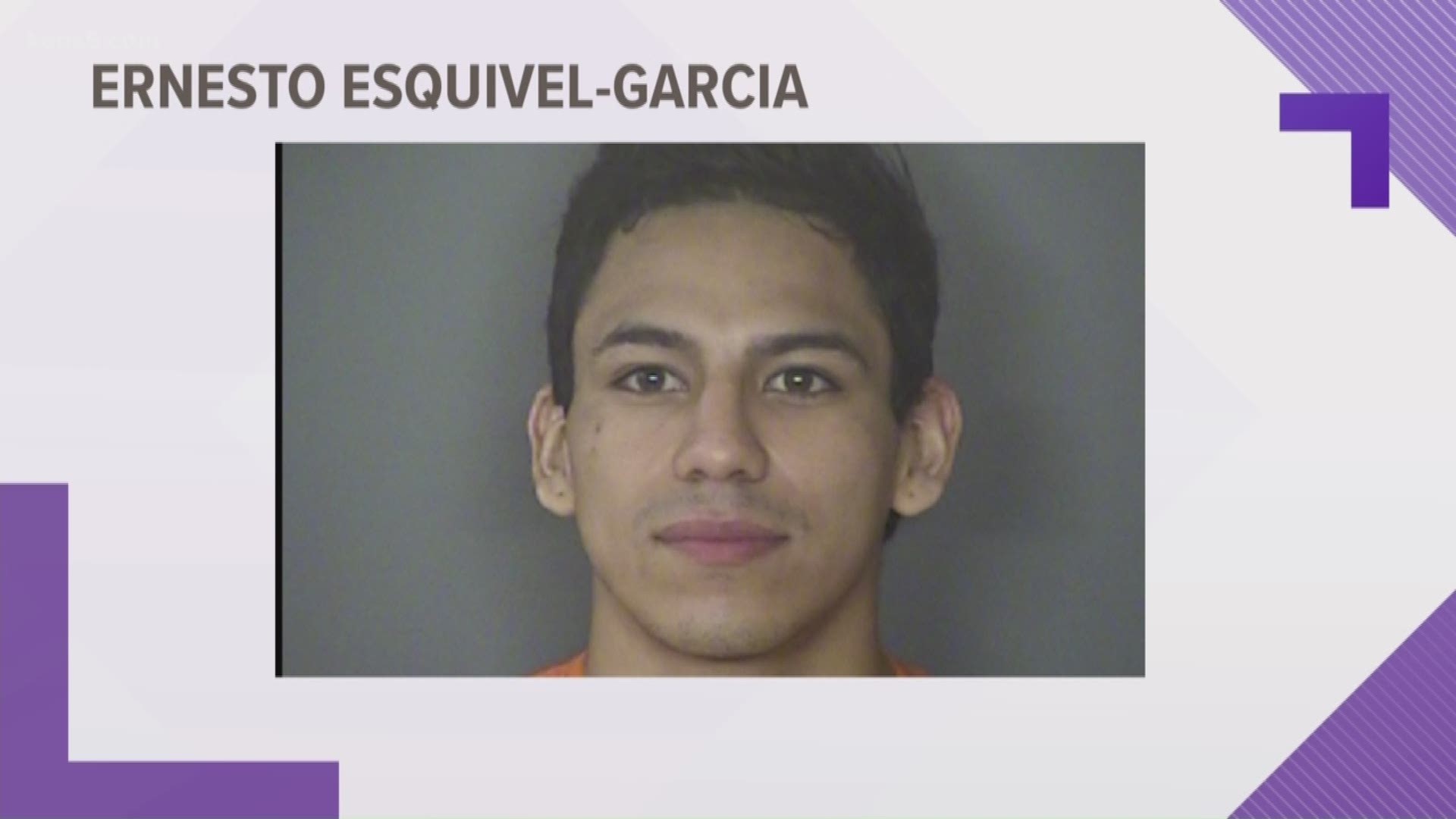 A Mexican national in the Bexar County jail on murder and arson charges connected to a June 18, 2018 incident was previously released by U.S. Immigration and Customs Enforcement (ICE).

20-year-old Ernesto Esquivel-Garcia is accused of killing 20-year-old Jared Vargas at an apartment on Jones Maltsberger Road on June 18. Police say he set the body on fire at an apartment. ICE confirmed at the time there was an immigration hold on Garcia, which indicates that he is in the country illegally.

On Friday, an ICE spokesperson said Esquivel-Garcia had an immigration detainer dating back to March 2017 and had been in ICE custody multiple times. In late May, ICE deportation officers instructed him to leave the United States by July 20 before departing ICE's office. Less than a month later, he was arrested and charged with the murder of Vargas.

The full statement from ICE reads:

On June 18, 2018, deportation officers with U.S. Immigration and Customs Enforcement (ICE) placed a detainer with Bexar County (Texas) Jail on Ernesto Esquivel-Garcia, from Mexico, following his arrest the same day by San Antonio Police Department on murder and arson charges. Esquivel-Garcia remains in state custody pending the outcome of his criminal case.

Before departing ICE’s office May 29, 2018, ICE deportation officers instructed Esquivel-Garcia to leave the United States by July 20, 2018, as imposed by the immigration judge’s voluntary departure order.

His case is set for August 10, according to a spokesperson.