According to the victim, at least a dozen cars were broken into by the Pennybacker Bridge overlook Sunday afternoon. 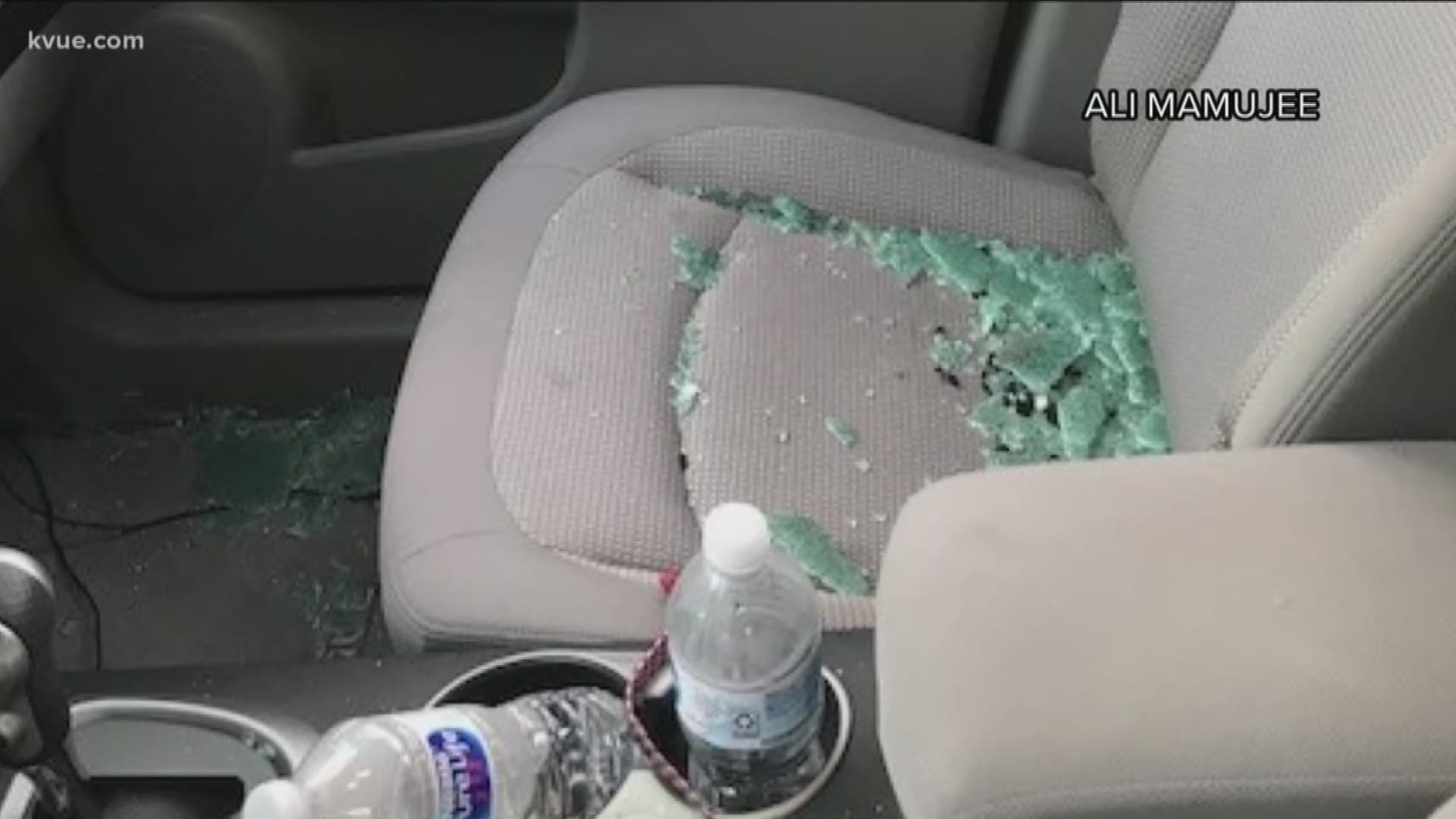 AUSTIN, Texas — It's one of Austin's most popular spots to take a picture, but it's become the target of thieves.

On Sunday afternoon, Ali Mumajee and his wife hiked up to the top of the Pennybacker Bridge overlook to take promotional pictures for a product he's launching. When they came back down, they found glass on the ground.

"Both our passenger-side windows were shattered. They stole a purse and camera that was hidden from view," Mumajee told KVUE.

They weren't the only targets.

"There were several people crying and visibly distraught that also had their cars broken into," he said.

RELATED: A woman's phone GPS may have helped save her life after falling off a cliff near Pennybacker Bridge

It's illegal to park near the overlook's entrance off of Loop 360, but many people still do it.

Berry said it can be difficult for Austin police officers to patrol the spot because of fast-moving traffic on Loop 360.

"Loop 360 is a high-speed roadway. With that being on the shoulder area over there, it can kind of become problematic because, you know, if you're having to reduce your speed to slow down, things of that nature, it can create traffic issues," he said.

As for the break-ins, Berry recommends you bring your valuables with you, but if you can't, at the very least leave them out of sight.

Audrey Walker and Richard Arango, first-time visitors at the overlook, were shocked to find out what happened Sunday afternoon.

RELATED: One of Austin’s most photographed spots, Pennybacker Bridge, to undergo big changes

"It's just kind of disappointing that they would use something that's beautiful and nice and just destroy it," Walker said.

The owner of the land where the Pennybacker Bridge overlook sits, entrepreneur Jonathan Coons, told KVUE he is working with the City and the Texas Department of Transportation to make the overlook a public park within the next few years.

Public parking spaces, bathrooms and security will be included, and Coons said it won't cost the City, TxDOT or taxpayers anything.