Supporters gathered to heal and release balloons in King Jay’s honor and say goodbye to the baby that touched the hearts of so many. 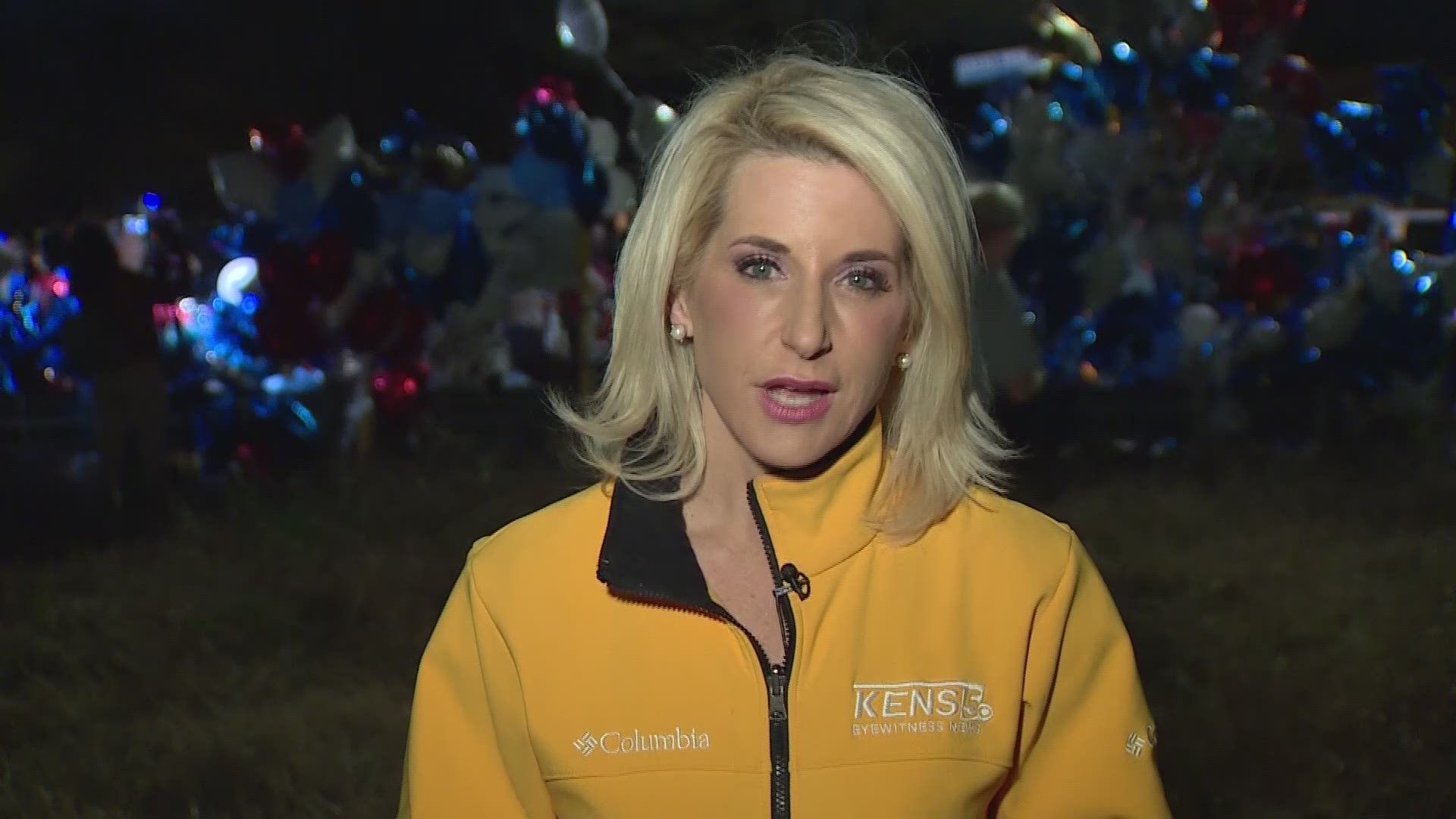 SAN ANTONIO — A memorial continues to grow near the site where the body of King Jay Davila was recovered on Thursday, and Sunday night the San Antonio community gathered there to honor King Jay and let him know he will never be forgotten.

Colored balloons danced in the wind where golden crowns were placed along the ground, all to honor the memory of the baby who united the city as one.

“He didn’t deserve this.  He had his whole life ahead of him,” said Stephanie Rodriguez, who has an 8-month-old child of her own.

As the memorial grows, so has the love for King Jay Davila.

“He captured everyone’s heart,” said Maryann Ramirez who brought her grandson to the memorial.

Many gathered around the memorial are still wondering why.

“For many people, the site that he was recovered is a sacred site now, and I think it’s important to continue the healing process,” said Pamela Espurvoa Allen with the Eagles Flight Advocacy Center who helped organize the balloon release vigil.

But instead of anger, they chose to be the voice of baby King Jay.

“There’s so many stats about San Antonio, and child abuse being the highest in the nation, but we have people in our city responding saying enough is enough,” said Espurvoa Allen.

As the night fell, the supporters gathered to heal and release balloons in King Jay’s honor.

And, say goodbye to the baby that touched the hearts of so many.

“We’re just here to honor him, and show him he’s not forgotten,” said supporter Melissa Hernandez.

“He’s always going to live in our hearts,” she added.