Texas Parks and Wildlife is working on the situation involving a young mountain lion. 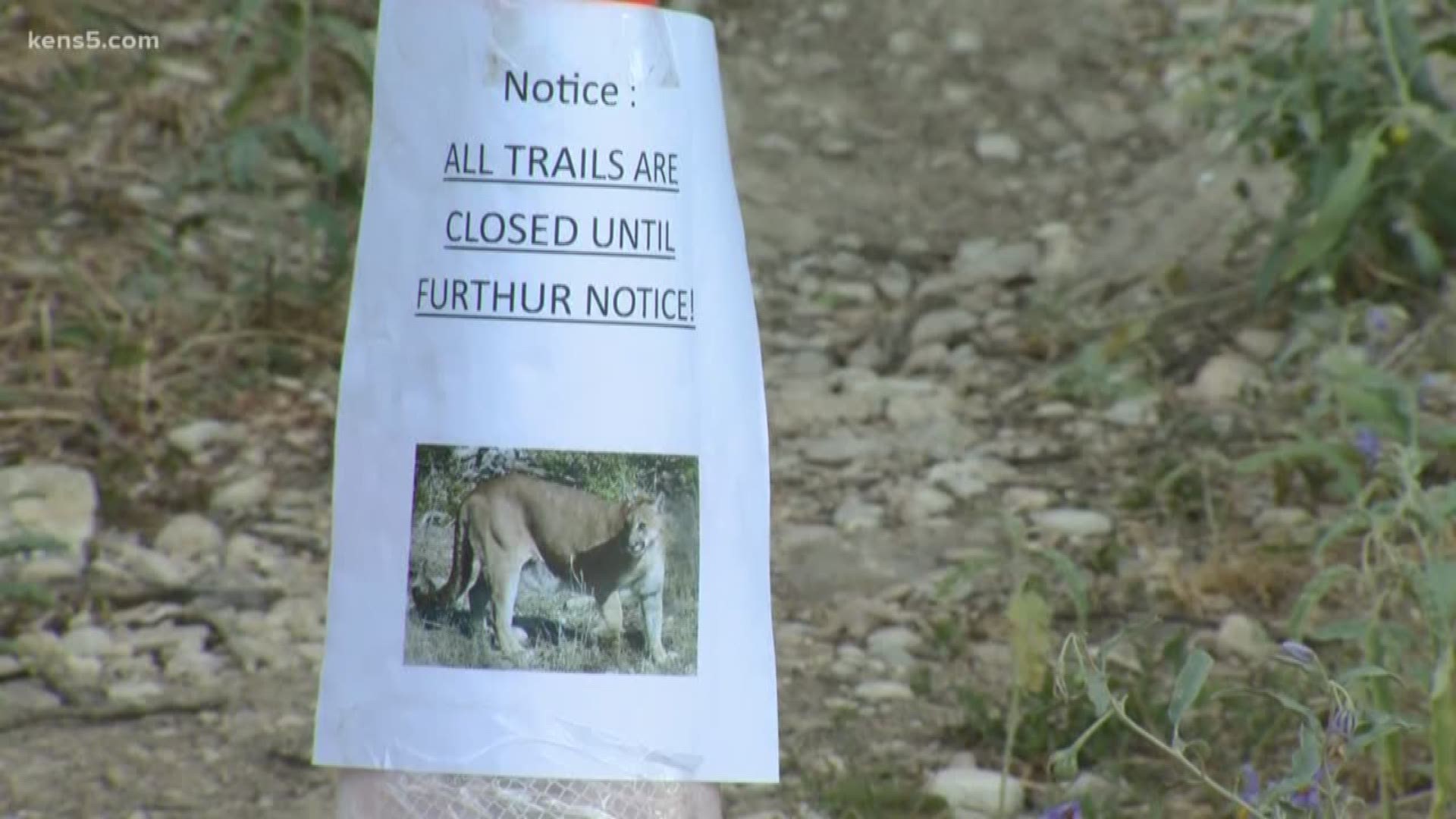 CASTROVILLE, Texas — All of the Hiking and Walking trails at the Regional Park were closed Tuesday evening due to several sightings of a juvenile mountain lion, the Castroville Fire Department said on their Facebook page.

Texas Parks and Wildlife were notified and were working on a solution. The Castroville Fire Department said they believe TPW will capture and relocate the animal.

The entrances to the trails were blocked by cones, warning would-be hikers of the situation.

As of 10 p.m. Tuesday, Castroville officials had not said whether the animal had been located or captured.