SAFD crews responded to a structure fire at The '68 Apartments in the 600 block of Hemisfair Boulevard Wednesday night. 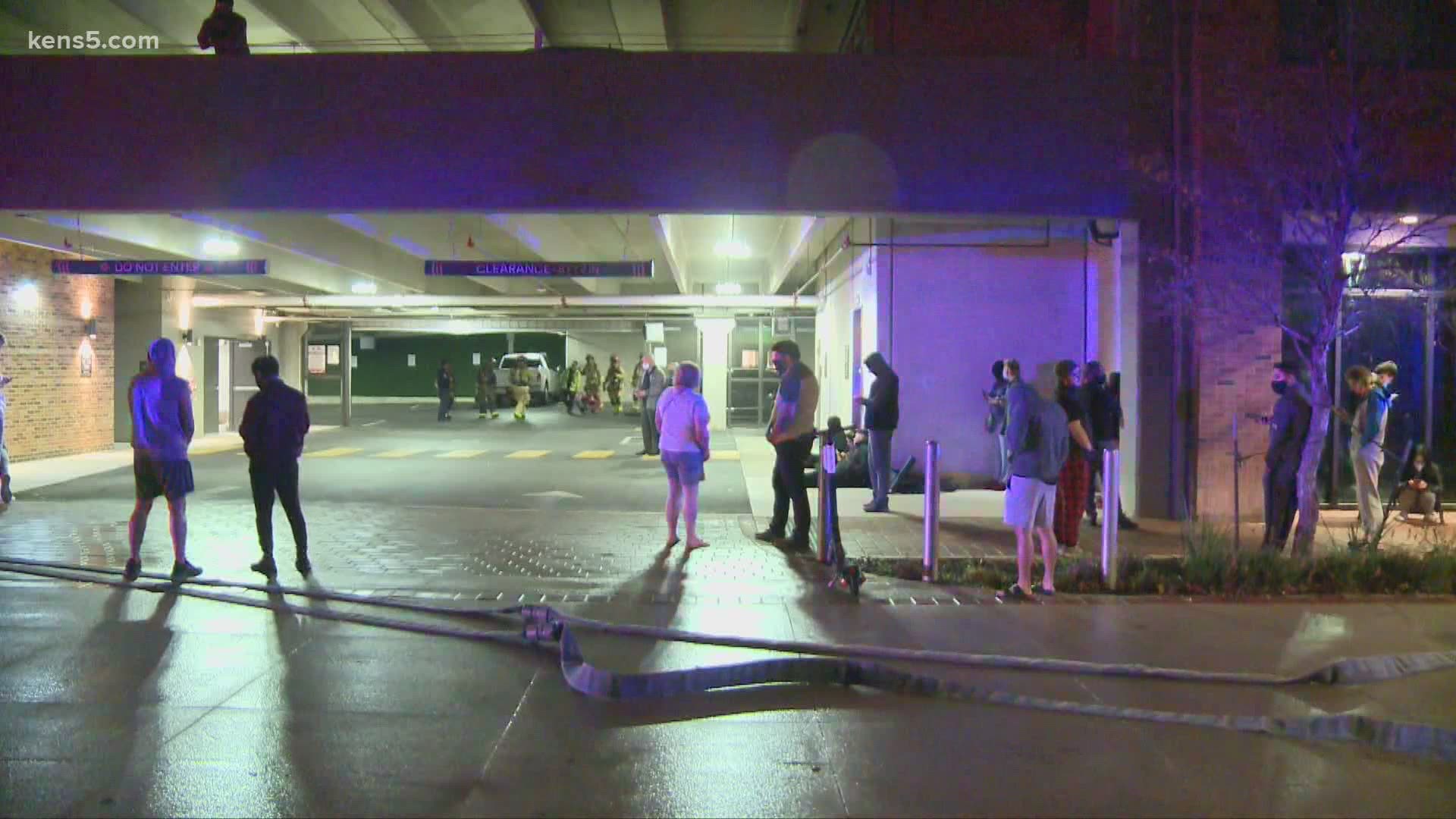 SAN ANTONIO — A mattress fire near the trash chute of a downtown apartment building forced more than 100 residents out of the building late Wednesday night.

SAFD crews responded to a structure fire at The '68 Apartments around 9 p.m. Wednesday.

At the scene, crews found a mattress fire next to a trash chute of the building.

While the fire did not damage any units, it did smoke up some of the floors of the building, resulting in about $5,000 worth of damage.

Officials at the scene did say that the first seemed suspicious and investigators are in the process of reviewing surveillance camera video and attempted to identify some individuals who were in the area at the time of the fire.