Chief Moreland took us around the station to point out the once troubled spots like the living area. 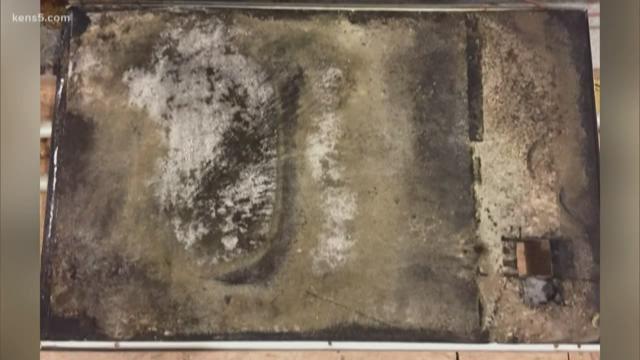 Mold inside the Helotes fire station has plagued firefighters for quite some time. In 2014, some of the first responders took a stand to the city to complain about the potential harmful air they were breathing inside their workplace. Four years later, it is finally fixed.

Helotes Fire Chief Scott Moreland has only been on the job for nearly two months.

"I would not have liked to have been here during the height of the issue," he said. "So, I got lucky."

After the fire station was built eight years ago, it didn't take long for firefighters to notice a problem. The biggest issue was the mold growing inside.

"What we had found was that the most mold that was found in the system itself was in these three offices," Moreland said.

Chief Moreland took us around the station to point out the once troubled spots like the living area. He said the building was not engineered correctly.

"The contractor when they built the building in 2010 overcompensated on the tonnage for the units, that's the core that caused the problem," he said. "We did not have a way to remove the humidity."

Over the years, City Spokesperson Andrea Waizer said the city ran several tests, made repairs, and had consultants look at ways to fix the issue.

"The process took awhile because instead of initially just replacing all six systems, which is costly for taxpayers, we wanted to see if we could do it for a repair process instead," she said.

However, the ventilation was not in good condition. So, in December, the council voted to pay $65,000 to reconfigure and replace the existing HVAC system. About three months into the change, the chief said the air is clean and the system is working well.

"Firefighters are no different than any other person working in a city-owned building," he said. "They expect to be able to work in an area that is healthy."

Chief Moreland said none of the readings that came back found the mold to be at unsafe levels, but said the mold and contaminants were significant enough that it needed to be addressed.