Fire and steel have forged a business for one San Antonio man. 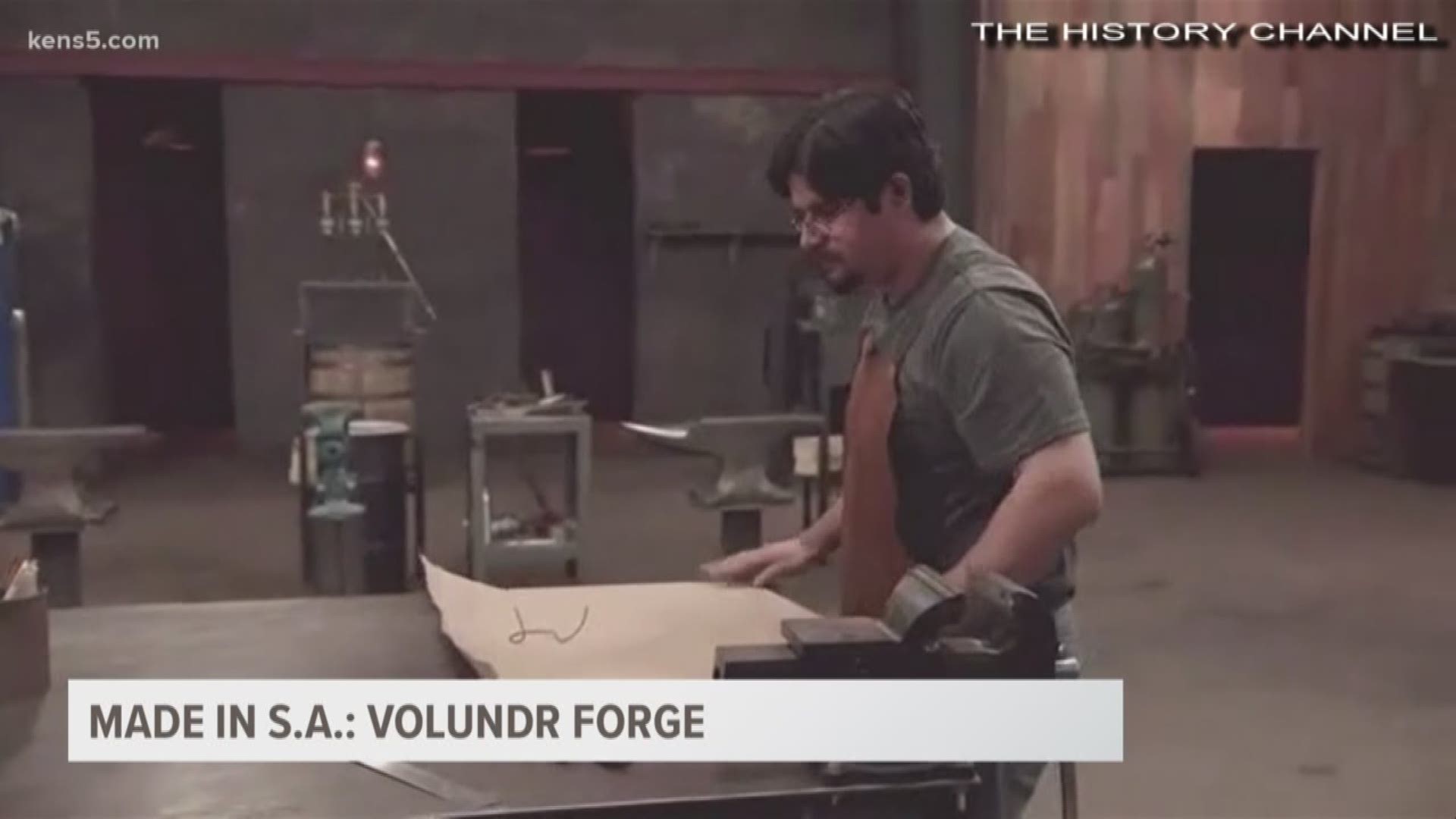 San Antonio — Alex Ruiz, recently Sharpened his skills by going up against some of the nation's top bladesmiths on the History Channel's televised competition 'Forged in Fire'.

Ruiz made it to the finals by creating a horseman's axe.

His weapon was put to the test, and easily sliced through the competition.

"So far‘Forged in Fire’ has probably been the coolest experience that I've ever had," Volundr Forge, owner, Alex Ruiz said.

Since the show aired in May, Ruiz has become somewhat of a local celebrity.

“The first night when everyone saw it my phone just went nuts. It was crazy," Ruiz said.

Crazy for this hometown boy who can now hang his title with other recognized San Antonio and Texas blacksmiths.

“I'm really excited to be given the opportunity to share what I love, but also bringing another championship home for San Antonio and for Texas because that keeps us in the lead,” Ruiz said.

Ruiz is still new to the craft.

It's only been three years since he taught himself how to forge decorative metal by watching YouTube videos.

"Despite being on forged in fire and showing I guess the world I know what I'm doing making knives I still find my first thing is decorative ironwork. Being able to make leaves or roses… out of steel forgoing that that's really, really my forte," Ruiz said.

After working his nine-to-five most evenings you can find him out in his workshop creating his art.

"To be able to work with your hands, in general, is just to me, an awesome thing," Ruiz said. "It's almost like what you would call moving meditation."

These days besides running his metal making business, Volundr Forge, he is also working to teach others the skills of blacksmithing.

"I would never have imagined that my hobby would have turned into something like this in three years," Ruiz said.

Ruiz says he's humbled to know his win and his business have helped re-invigorate the world of blacksmithing.

"I look forward to a time when maybe I'll get to do it again and I don't know maybe I might win again maybe not, but either way I have kind of proven to myself and others hopefully that I picked a good hobby. I guess,” Ruiz said.

With his prize money, Ruiz says he bought some new equipment for his shop and =a new guitar.