Union Pacific, one of the largest railroad companies in the U.S., unveiled a commemorative locomotive honoring the military. 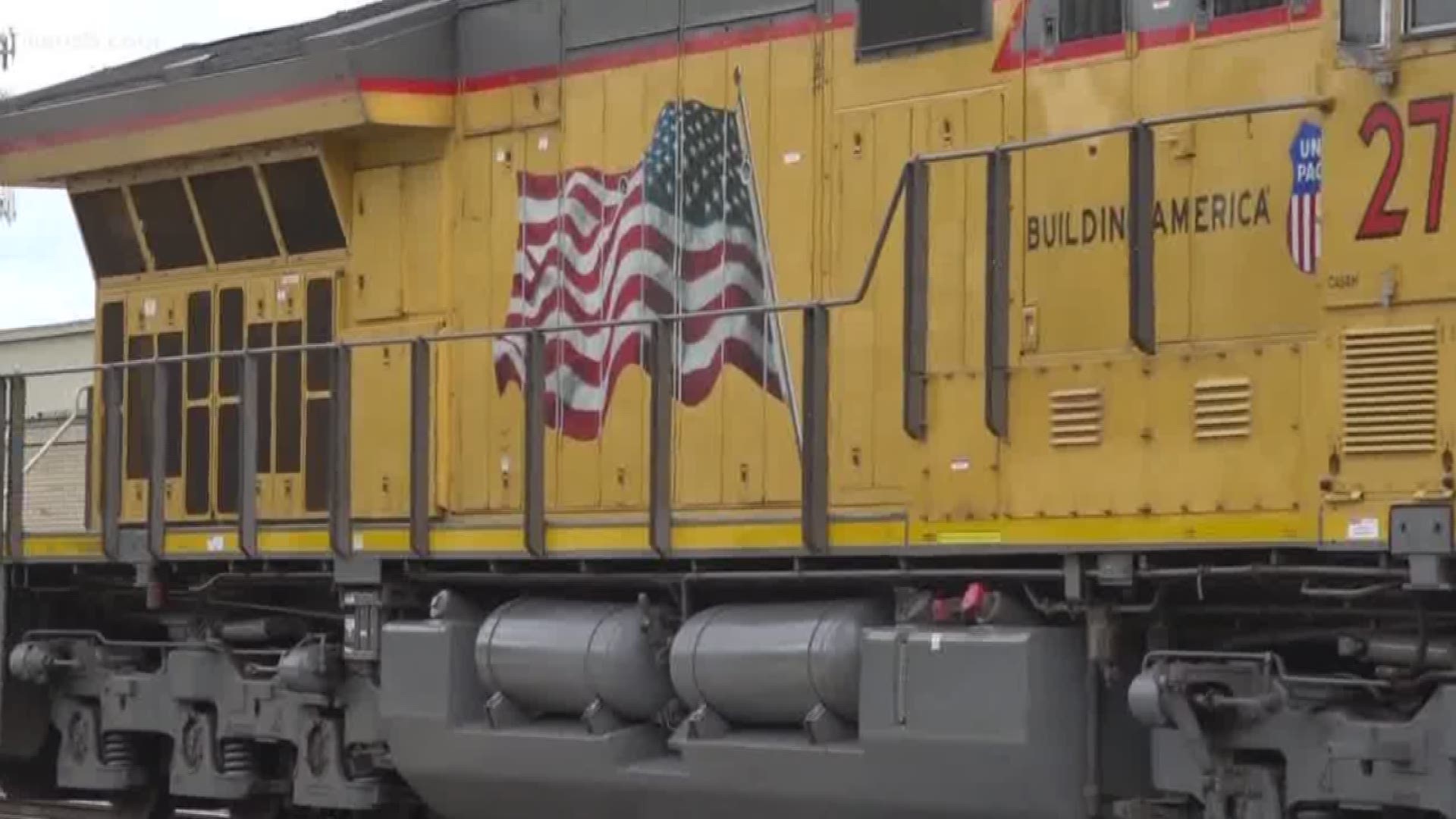 "This was an opportunity for us to put a giant message on a big locomotive and run it all over our system. We hope that the thousands of people who see this as it goes through their town recognize it as a tribute to the men and women who serve," said Brenda Mainwarind from Union Pacific.

It's one of sixteen commemorative locomotives Union Pacific has made since 1930. They say that choosing a military theme made sense as more than 20 percent of the company's employees are veterans.

"We want to hire veterans because they're terrific workers. They have such great skills and they're hard workers," Mainwarind said.

Military City U.S.A. was an ideal location to debut the locomotive that will soon join the rest of the company's fleet carrying freight across the western United States.

Major General Brian Lein from Fort Sam Houston says that many people might only think of planes and ships as part of the military's force, but trains have played a major role in military history too.

"Trains have been used by the U.S. military, really, since the Civil War, evacuating casualties off the battlefield and bringing supplies," Lein noted. "And every single conflict from the Civil War on forward, we've had trains."