This is the second sample pool that has tested positive in the last six months. 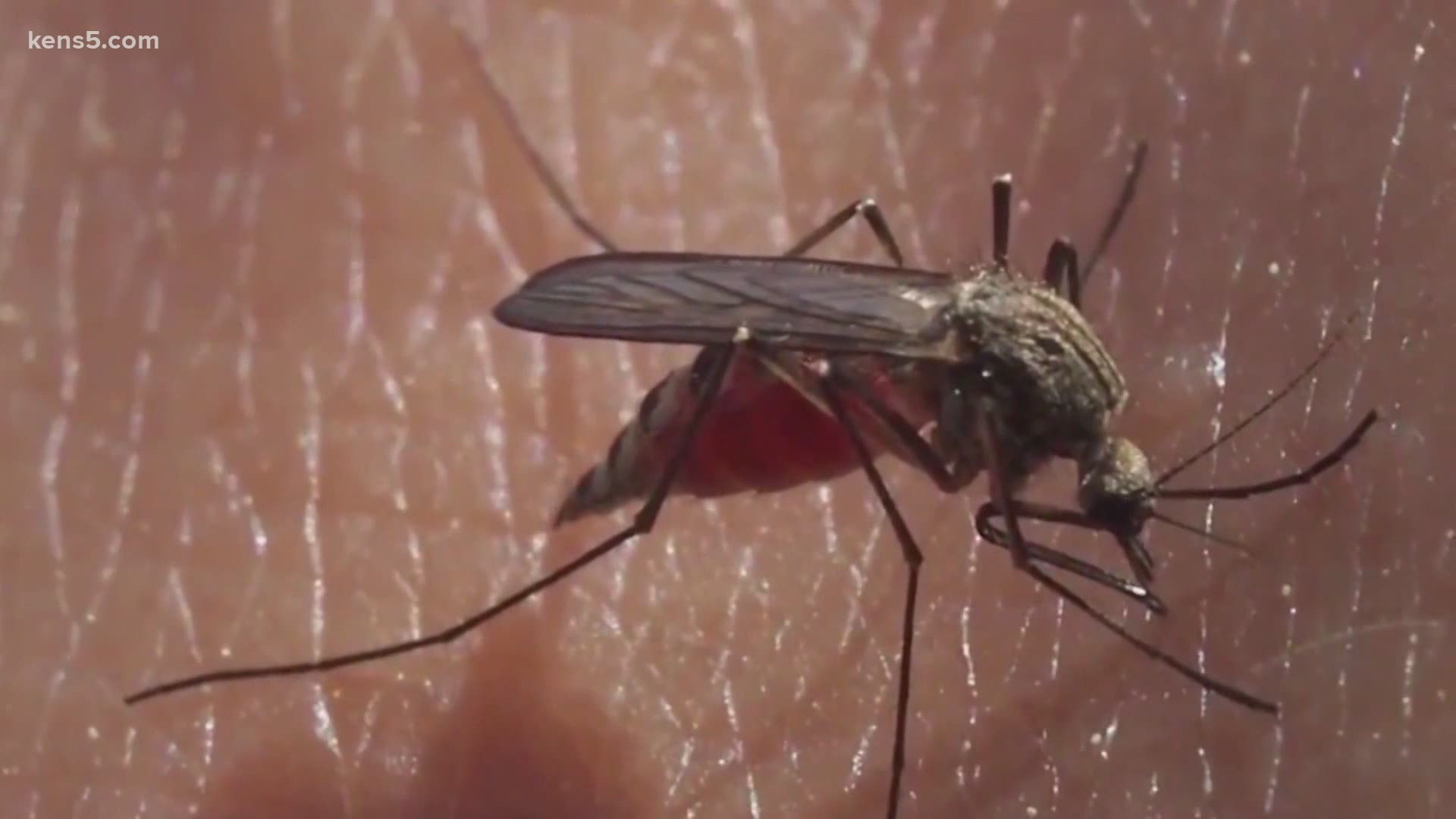 SAN ANTONIO — Metro Health is asking for the community's help to prevent mosquitoes in the area after a mosquito sample pool collected in October tested positive for the West Nile virus.

This is the second sample pool that has tested positive in the last six months, according to Metro Health. This sample pool was taken from an area southwest of the downtown area.

The first sample to test positive was collected on July 15 and the location was east of the downtown area. At that time, Metro Health assessed and treated the areas when notified by Texas DSHS.

Lara stated Metro Health's Vector Control received a grant from the state of Texas this year that allowed them to do mosquito surveillance. Vector Control officials were able to trap mosquitos in certain areas and send them off to the state to get tested.

That's how they learned about the latest positive pool and they hope it can be used as a preemptive warning for all.

"This is a community effort," Lara said. "Together we’ll work towards controlling mosquitos."

According to the Centers for Disease Control and Prevention, the West Nile virus is the leading cause of mosquito-borne disease in the U.S. It is most commonly spread to people by the bite of an infected mosquito.*

*It is important to note that the World Health Organization has said that mosquitoes cannot transmit coronavirus.

While the CDC says 80 percent of people who do get West Nile don't develop any symptoms, the ones that do might get mislabeled.

It was a concern a Williamson County Vector Control rep shared with our Austin sister station, KVUE, a few months back.

"Which is flu like symptoms, a mild fever, maybe some joint pain, occasionally a skin rash. Fever and body aches can also be similar to COVID symptoms."

Metro Health tells KENS 5 so far no one has tested positive for the West Nile virus in San Antonio.

Metro Health is asking for the public's assistance in preventing mosquitoes in the area, including by removing standing water.

Keep mosquitoes from laying eggs inside and outside of your home. Once a week, empty and scrub, turn over, cover, or throw out containers that hold water, such as

Additionally, there are several ways you can protect yourself from mosquitoes: