Family identified Darrell Zemault as the man fatally shot by an officer Tuesday after police said he got hold of another officer’s weapon. 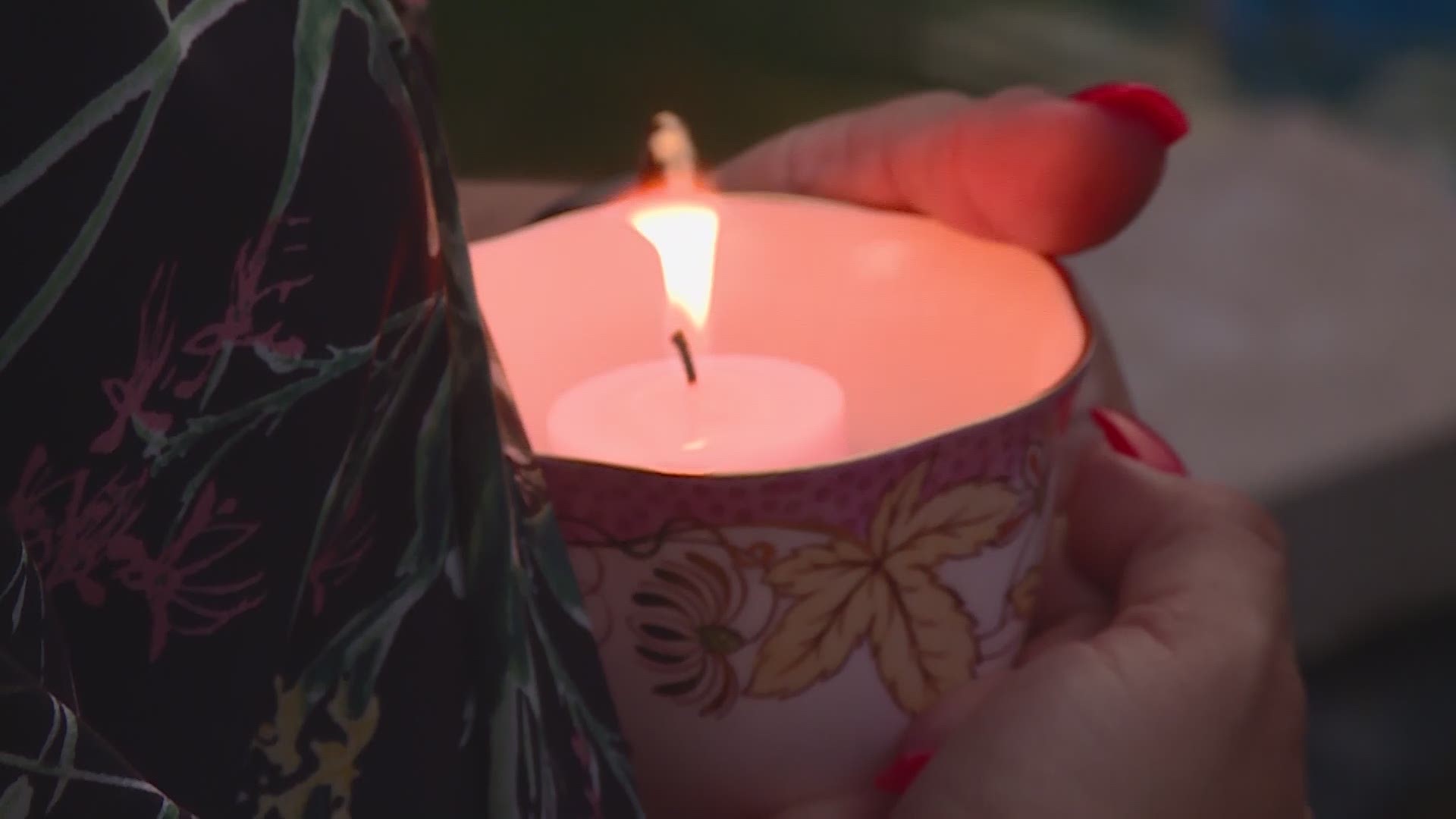 SAN ANTONIO — Mayor Ron Nirenberg and the friends and family of a man fatally shot by a San Antonio police officer on Tuesday are calling on law enforcement to release the video of the encounter that turned deadly.

“We release body cam video when it’s allowed by law,” McManus said. “And right now there’s an investigation that’s just beginning, so the answer to that question is no. We will not be releasing it.”

Officers attempted to the arrest the man, identified by family as Darrell Zemault, at his home in the 100 block of Willee Drive on the city’s west side Tuesday. Police said Zemault was wanted on felony and misdemeanor warrants for domestic violence when three plain clothes and two uniformed officers converged on the home.

Celeste Brown, a vocal advocate for divestment from law enforcement, described Zemault as a second father. She demanded the video be released to family, at a minimum.

“We want to know what happened, because even today, it's really difficult to grieve when there's a lot of lack of clarity as to how this went down,” Brown said. “Because it doesn't really make sense to me.”

Police said things got physical between officers and Zemault and, during a struggle, Zemault got ahold of one officer’s gun holsters, which fell to the ground during the fight. Police allege Zemault took the gun out of the holster and was “manipulating the gun in an attempt to point it at the officers,” when one of the detectives shouted that Zemault had a gun.

Brown had questions about whether less lethal measures had been used before resorting to gunfire and why authorities said Zemault was shot in the back.

The answers came Wednesday night when San Antonio police explained in updated preliminary information that one of the five detectives, in response to the other detective’s shouting that Zemault had the gun, shot Zemault in the back. Police said before officers resorted to deadly force, officers tried to use physical force, as well as a baton to hit Zemault in the legs. The report states the non-deadly measures were ineffective. 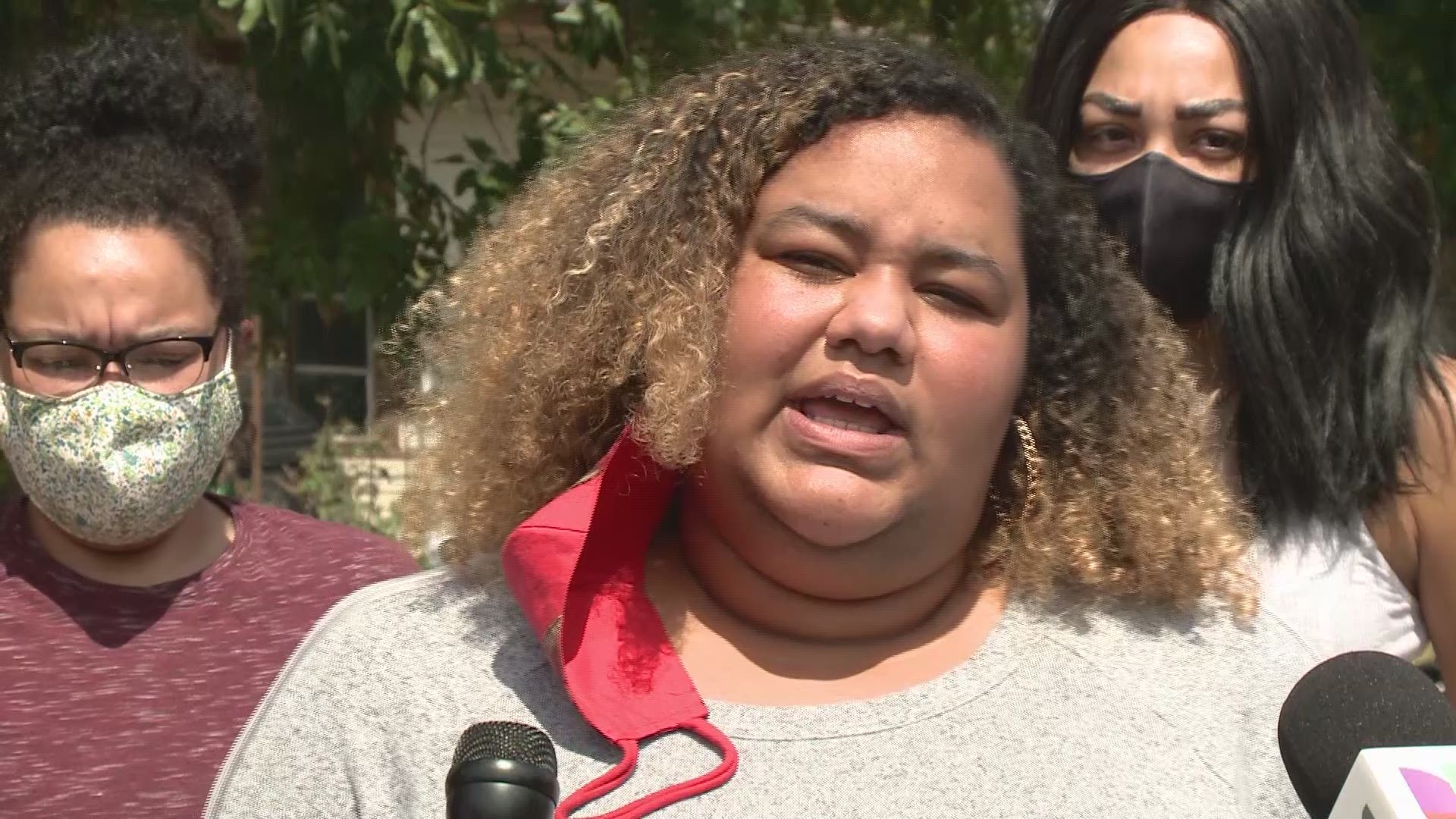 Brown claimed officers did not render aid to Zemault for 10 minutes and that a neighbor who is a nurse asked if she could render aid so Zemault did not bleed out, but was turned away by officers.

Zemault was taken to an area hospital, where he later died. Brown said her family discovered about his passing from a press conference convened at the scene of the shooting.

“The rest of San Antonio found out before we did,” Brown said. "We were on our way to the hospital and people are texting, 'Sorry for your loss.' And we hadn't even gotten the news from the physician.”

Brown said that, while at the scene, she inquired with a detective about the body worn camera video and was told she would have to submit an open records request to obtain a copy. However, because of the pandemic, Attorney General Ken Paxton’s office has suspended statutory deadlines for the completion of open records requests, meaning it’d be an undetermined amount of time before the video was released through those means, assuming the city did not cite one of the many exemptions to the release of public records laid out in open records laws.

“We understand that the Texas state code doesn't necessarily require that it be released,” Brown said. “We are asking that it is, at the very least, released to the family. Because if you can't release it to the family while you're out here painting this narrative and controlling what you would like to paint this person out to be, then you're not protecting and serving. And so I ask, who are you protecting and who are you serving?"

It is in the public interest for San Antonians to be able to view the video themselves.

Nirenberg, in a written letter to local officials, said, “I am requesting that the footage be released as soon as the investigation is complete. It is in the public interest for San Antonians to be able to view the video themselves.” He later called for city leaders to review the department’s current practices on the release of body worn camera.

I am requesting a complete review of our police department body worn camera policies by the full City Council as part of our efforts to improve transparency, accountability and public accessibility. pic.twitter.com/mkSZ31u2Td

Former Bexar County District Attorney Nico LaHood said as district attorney and as a criminal defense attorney, he’s opposed to releasing body worn camera video prior to the completion of an investigation.

“Our goal in the justice system is to try cases in the court of law and not in the court of public opinion,” LaHood said. "Every citizen accused has a right to due process. That means fundamental fairness, to confront a witness, right to a jury, trial by jury.

"And when you start releasing evidence and releasing videos, how do you release one piece of evidence without other pieces of evidence? Context matters.”

He also said he believes in releasing all evidence, not just some.

"All evidence that the government has should be released to the public, not just to the citizen accused, to the public, but it has to be at the right time,” LaHood said, adding that, oftentimes, a piece of evidence is unable to tell the full story.

On Tuesday, Councilwoman Shirley Gonzales released a statement which stated, in part, she believed the shooting was preventable. However, in a Wednesday interview with KENS 5, Gonzales said she had not seen the body-worn camera video of the incident and was not familiar with why Zemault was sought.

Asked why she felt confident the shooting could have been prevented despite not having more information about how it unfolded, Gonzales said, “anytime there's a fatality, we have to believe that there should have been an alternative.”

She said she believes “society" could have intervened in the situation earlier.

“We as a culture have to change the way that we address these issues,” Gonzales said.

“I am going to kill you tonight.”

Police reports released after the Tuesday incident reveal Zemault was the subject of numerous reports of domestic violence dating back to October of last year.

In the October, 2019 incident, Zemault is alleged to have called and texted his ex-girlfriend approximately 80 times a day, even after she had changed her number. The woman made a report with officers, stating she “did not want anything to do with him,” but that he would show up to her home, break into her vehicle and damage her vehicle, among other things. Police wrote Zemault had continued to text the victim even as she was at the substation. The report states she was given a harassment packet to fill out.

In February, officers were again called to the victim’s home after she and Zemault had gotten into an argument. During that incident, the victim told police Zemault had texted her stating, "I’ll kill you,” and that the harassing phone calls and text messages were continuous.

In April, the woman told officers Zemault had taken her oil cap and dip stick from her car, telling her she would not be able to drive the car without the two items.

In June, the woman reported that Zemault showed up at her home as she was backing out of her driveway. A report states Zemault approached the woman’s driver side window, which was rolled down, demanding to speak with her and when the woman declined, telling him they had nothing to talk about, Zemault removed the glasses she was wearing from her face.

And, on July 3, Zemault is alleged to have taken the same victim’s purse. According to a report, Zemault approached the woman’s driver side door, arguing with her about a neighbor whom he suspected the woman was dating. The woman told officers Zemault tried to drag her into his car during the dispute, telling her, “I am going to kill you tonight.”

On July 4, officers were called to Zemault’s home for a report of a wanted person. According to a report, officers saw Zemault and informed him he had warrants out for his arrest. When officers went in to arrest him, Zemault is alleged to have told the officers that his dog would bite them if the did not leave.

It appears Zemault was wanted Tuesday in connection with the July 3 and 4 incidents.

Brown was skeptical of the numerous reports, stating that Zemault had been married for 30 years and had never perpetrated any sort of violence against his wife, who passed away in recent years. She said the victim in all of the cases posted to social media following news of Zemault's death saying she had "lost her love.”

It's unclear if San Antonio Police will release the body-worn camera video.