An eight-time world record holder in sand sculpting is creating a special piece for the Alamo City. Stop by the San Antonio Botanical Garden to see the artist in action through Friday. 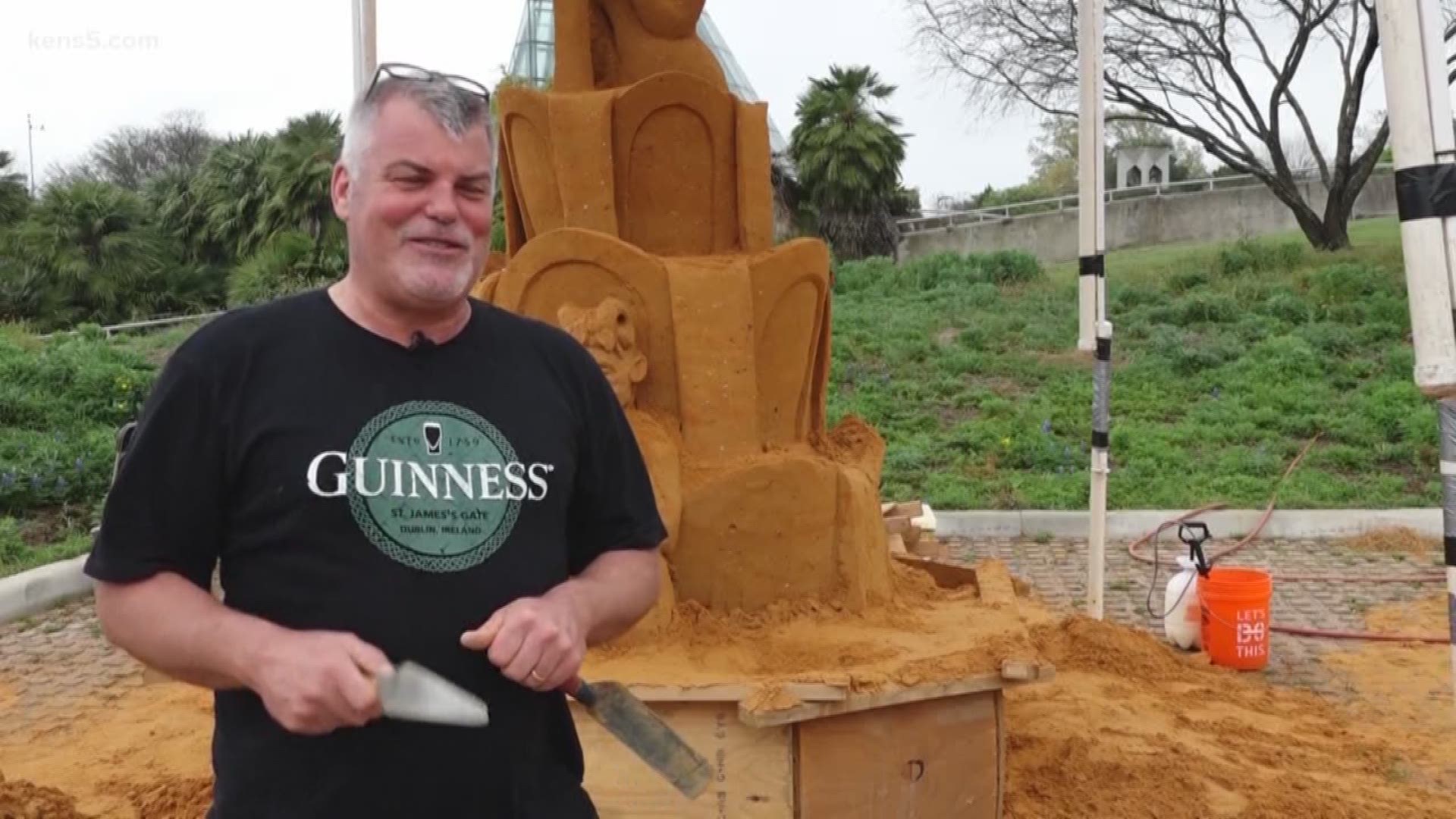 SAN ANTONIO — An eight-time world record holder in sand sculpting is creating a special piece for the Alamo City. Stop by the San Antonio Botanical Garden to see the artist in action through Friday.

“There's not much to it and any kid can tell you how to do it,” said Ted Seibert.

His creation sits atop a wooden platform and is partially sheltered from the elements by a pop-up canopy. Piles of sand, an array of shovels, trowels, levels and other tools also dot the area around the burnt orange sand sculpture.

“This is what's called bank sand. They just dig it right out of the ground. It hasn't been screened and that's why you'll see little flakes of white and dark,” said Siebert. “This isn't your regular beach sand. I'm really pushing things to the limit. But I've done about 700 of these. So I feel pretty comfortable doing that.”

Siebert is more than an artist. He’s a master sand sculptor. His hands have transformed sand into works of art around the globe. Guinness World Records has even taken notice of his work.

The design he is perfecting at the peak of Spring Break was a big hit at the Gaylord Opryland Hotel in Nashville a decade ago. Siebert decided to bring it to life again for the Alamo City to enjoy. The sculpture features a mermaid pouring water from a jug. The water flows down three tiers to a figure at the base of the fountain.

“I thought for a botanical garden that a fountain seemed to make sense,” said Siebert.

The sculptor says if his work inspires others to dig around in the sandbox, that’s even better.

“It's as much fun as it looks and it just takes practice,” said Siebert. “Even if your art teacher tells you you're never going to make it if you work hard, you can get there. You know, everyone's creative.”

With a satisfied smile, Siebert shared how a former educator’s comments seemed to have had the reverse effect of the intended message. He said his art career financed a college education for all three of his children.

Siebert will be finished with the sand sculpture by Friday. You can check it out at the San Antonio Botanical Garden.

His next competition will be at Texas Sand Fest in Port Aransas, next month.