A deputy and a trooper mistakenly fired 8 rounds at an innocent boy. Here's why we are learning about it now

The 15-year-old heard about a police chase, came up to take a look, and then had to take cover from police bullets fired towards him. 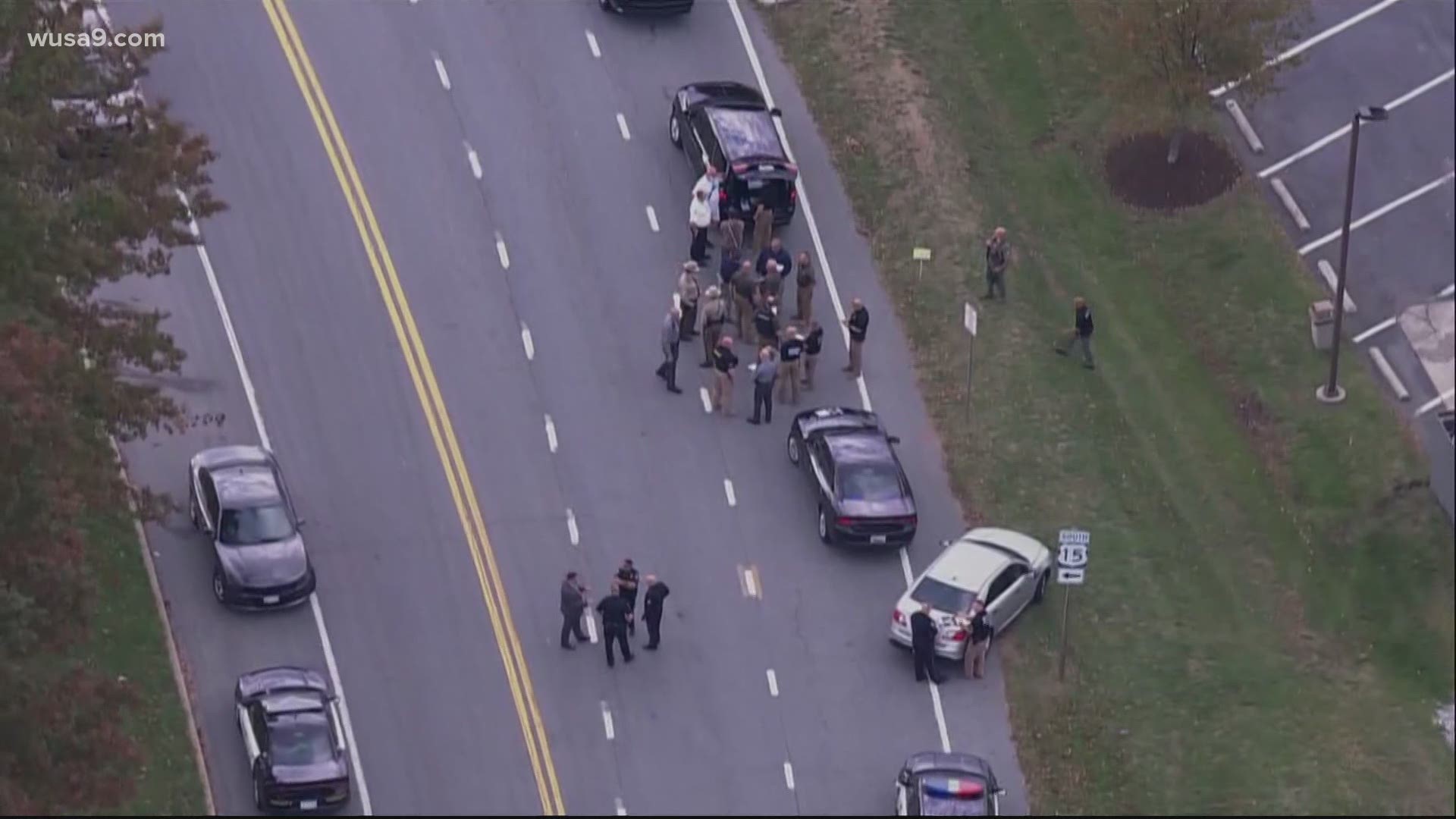 EMMITSBURG, Md. — After gunfire and a police chase through two states at speeds up to 120 miles an hour, a Frederick Sheriff's deputy and a Pennsylvania State Police trooper took aim and opened fire on a teen they said they thought was the fleeing felon.

It turned out it was a completely innocent 15-year-old boy out on a fishing trip with a friend near U.S. 15 in Emmitsburg in Frederick County.

Luckily, none of the eight shots fired at the boy by the officers found their mark.

It happened on Oct. 19, 2020, but the public is only learning about it now, seven months later, after the Frederick County State's Attorney decided there was not enough evidence to charge the law enforcement officers with a crime.

Investigators said two teen friends got wind of the high-speed chase with shots fired. They came up through some bushes that separate the highway ramp from a residential neighborhood.

Just then, freeze frames from police dashcam video included in a report from the Frederick State's Attorney's Office show, one of two suspects, now on foot, ran and pushed past the teens and went down into the same bushes, trying to escape.

A Frederick deputy raced up, according to the report, saw splashes as though from gunshots into the dirt, took aim and opened fire -- not at the suspect, but at the teen.

A Pennsylvania State trooper also pulled up and fired, thinking the teen was the suspect, according to prosecutors. The 15-year-old was wearing a grey hoodie and blue jeans, was about the same build as the fleeing felon, David Leatherman. and was carrying what turned out to be a black cell phone.

Leatherman, who was wanted for attempted murder, was wearing a gray hoodie and black pants.

The teen ducked behind a tree. The prosecutor's report said one of the rounds fired by the deputy was recovered later from that tree, and several other rounds were recovered from other trees between the teen and the deputy.

State's Attorney J. Charles Smith, III said, under Maryland law, prosecutors would have had to be able to prove the officers were "objectively unreasonable" in their use of force to charge them with a crime.

He said he believes the circumstances of the shooting make that impossible to prove. "I'm not saying what they did was ok. What I'm saying is we can't prove beyond a reasonable doubt that they committed a crime," Smith said.

The deputy is off the street while the sheriff's office investigation continues. "We need to find out exactly what was going through his mind and that he believed the person he fired at was one of the bad guys," said Frederick County Sheriff Chuck Jenkins.

But why is the sheriff only talking about the shots fired at what turned out to be the wrong person now, seven months later?

"Did we come out and openly put it out? No. Died we intentionally withhold any information? No," said Jenkins

The sheriff said his office was focused was on the other suspect who ran from the crashed truck, Bryan Selmer, who was killed nearby after turning and taking a shooting stance, according to deputies.

WUSA9 is now on Roku and Amazon Fire TVs. Download the apps today for live newscasts and video on demand.

Download the WUSA9 app to get breaking news, weather and important stories at your fingertips.