The driver was able to make it out of the car before it burst into flames. 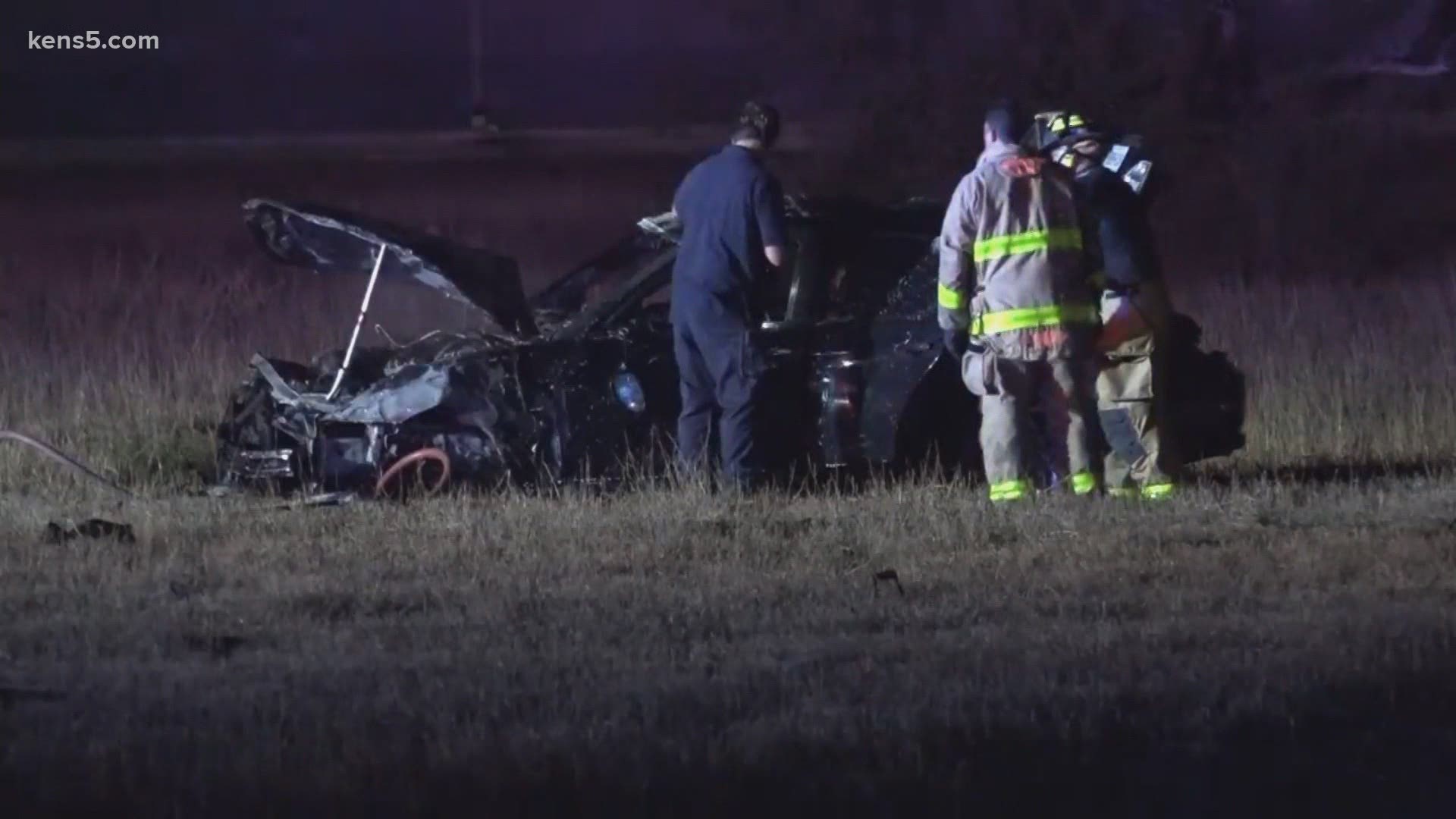 SAN ANTONIO — A San Antonio man is lucky to be alive after escaping from a fiery crash on the city's south side Tuesday morning.

SAPD and SAFD were called out to a major crash at Zarzamora and Mally just before 2 a.m. Tuesday.

At the scene, crews found a crashed out car engulfed with flames and an injured male outside of the car.

According to an official at the scene, witnesses said that they saw the car speeding and then watched the car swerve off the road, almost hitting a man on a bicycle. The car went down into a ravine, ramped out of the ravine, went airborne, and then rolled a few times before coming to stop in a field.

The driver was able to make it out of the car before it burst into flames.

He was taken to a local hospital with non-life-threatening injuries.