Police say a man died after speeding, sideswiping a car and crashing into an oncoming vehicle, injuring two others. The child's condition is unknown at this time. 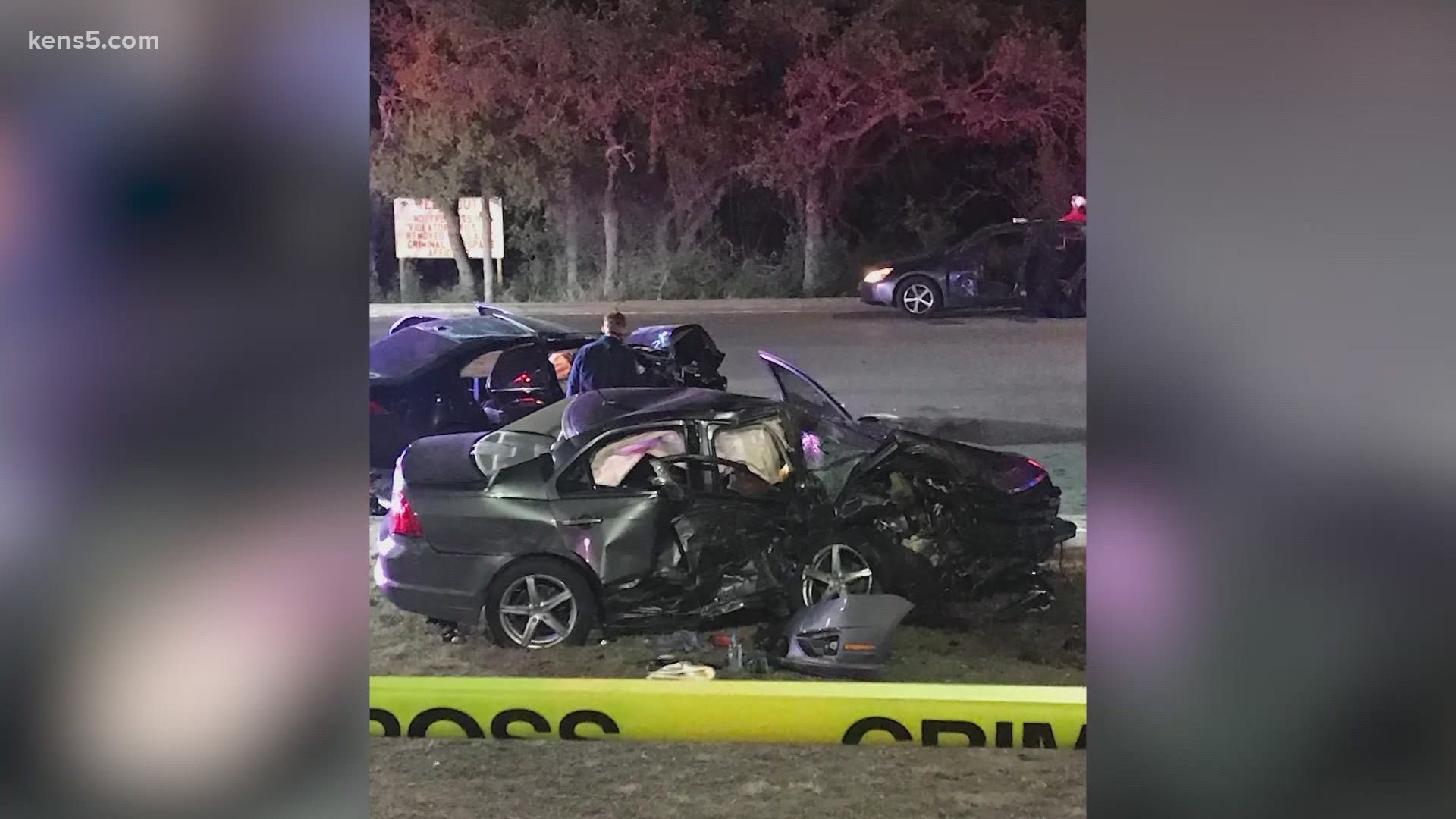 SAN ANTONIO — Dawn Holzer lives just up De Zavala Road where a deadly accident happened Saturday night. She says it broke her heart to witness what happened next.

“It was devastating, I’ve had a rough night. I didn’t sleep well. It’s scary driving on the street nowadays. You never know what to expect,” Holzer said.

The San Antonio Police Department says around 9pm a driver in a Ford sedan was speeding down De Zavala and side-swiped another car, causing him to lose control.

The Ford sedan then crossed into on-coming traffic and hit an Acura head on. The Acura had two passengers. The front of both cars were almost un-recognizable.

“It was just very sad. There were people in tears, strangers you know? It was just really sad,” Holzer said.

SAPD says the man who was speeding died at the crash site. They say the two people who were in the Acura were taken to a hospital in critical condition.

Witnesses on scene tells KENS 5 the man driving the Ford sedan had his child in the car with him. They say they were able to get the child out of the car and into a safer area. His current condition is unknown.

Holzer works as a San Antonio nurse, but she says nothing could’ve prepared her for what she saw Saturday night.

“I’ve learned to be strong in this kind of field, but last night I won’t lie, I teared up because it was heartbreaking,” Holzer said.