Maleah will be remembered at a walk in downtown Houston on Sunday. 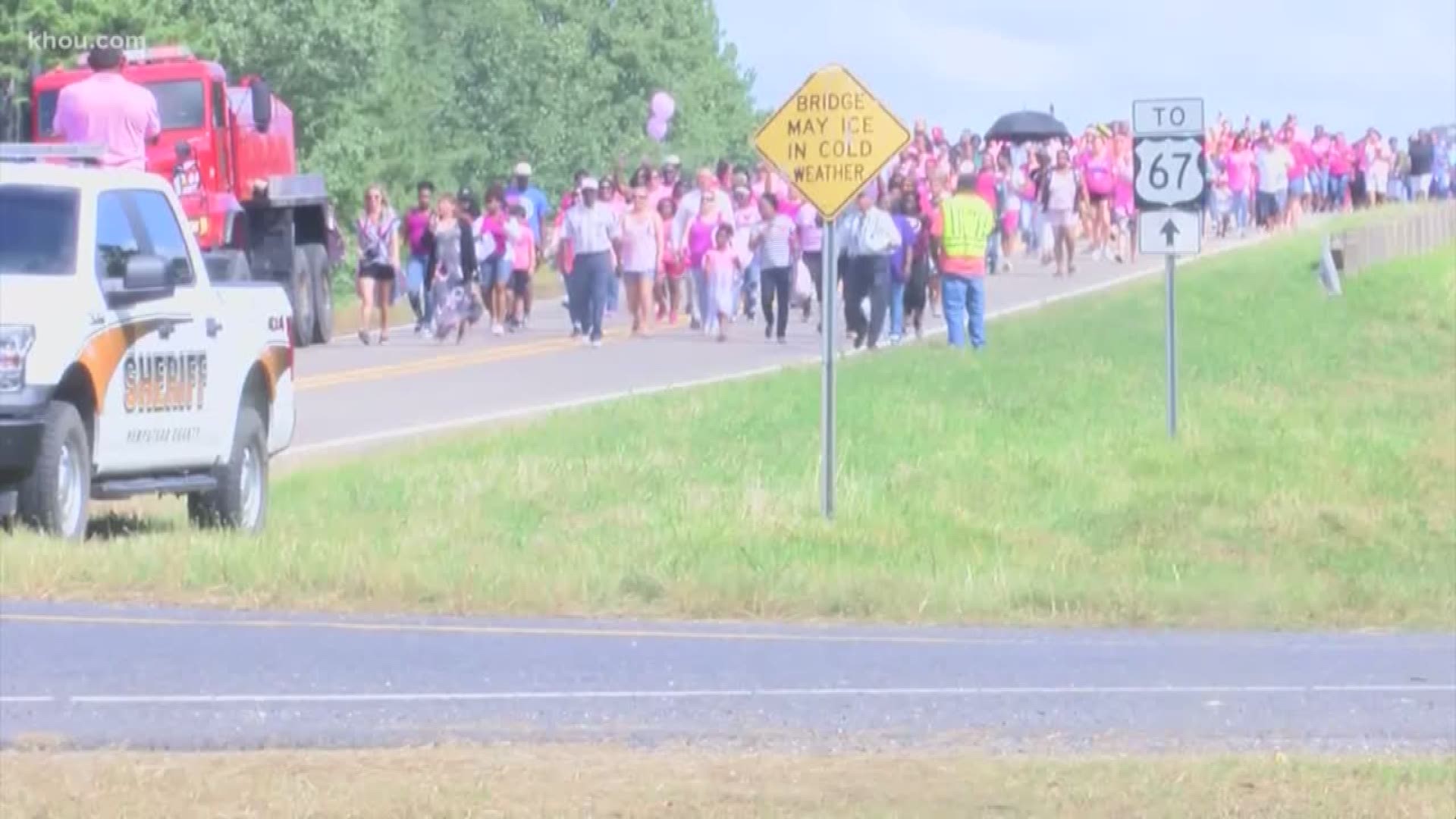 FULTON, Ark. — A community vigil was held in Fulton, Arkansas for Maleah Davis Saturday morning. The 4-year-old Houston girl went missing for a month and her remains were found in Arkansas last week.

Saturday's vigil started around 10 a.m. at the Red River Truck Stop off of Interstate 30. A walk and balloon release also took place.

News of the service comes after Houston authorities confirmed that her body was discovered in a trash bag along I-30 in Hempstead County.

A memorial has since been growing along the stretch of road where she was found.

Several community members spoke at the service and most of those in attendance wore pink in honor of the little girl.

Maleah was remembered at a walk in downtown Houston on Sunday.