Derion Vence remains locked up on tampering with a corpse charges. Meanwhile Maleah's family is planning a private funeral for Saturday. 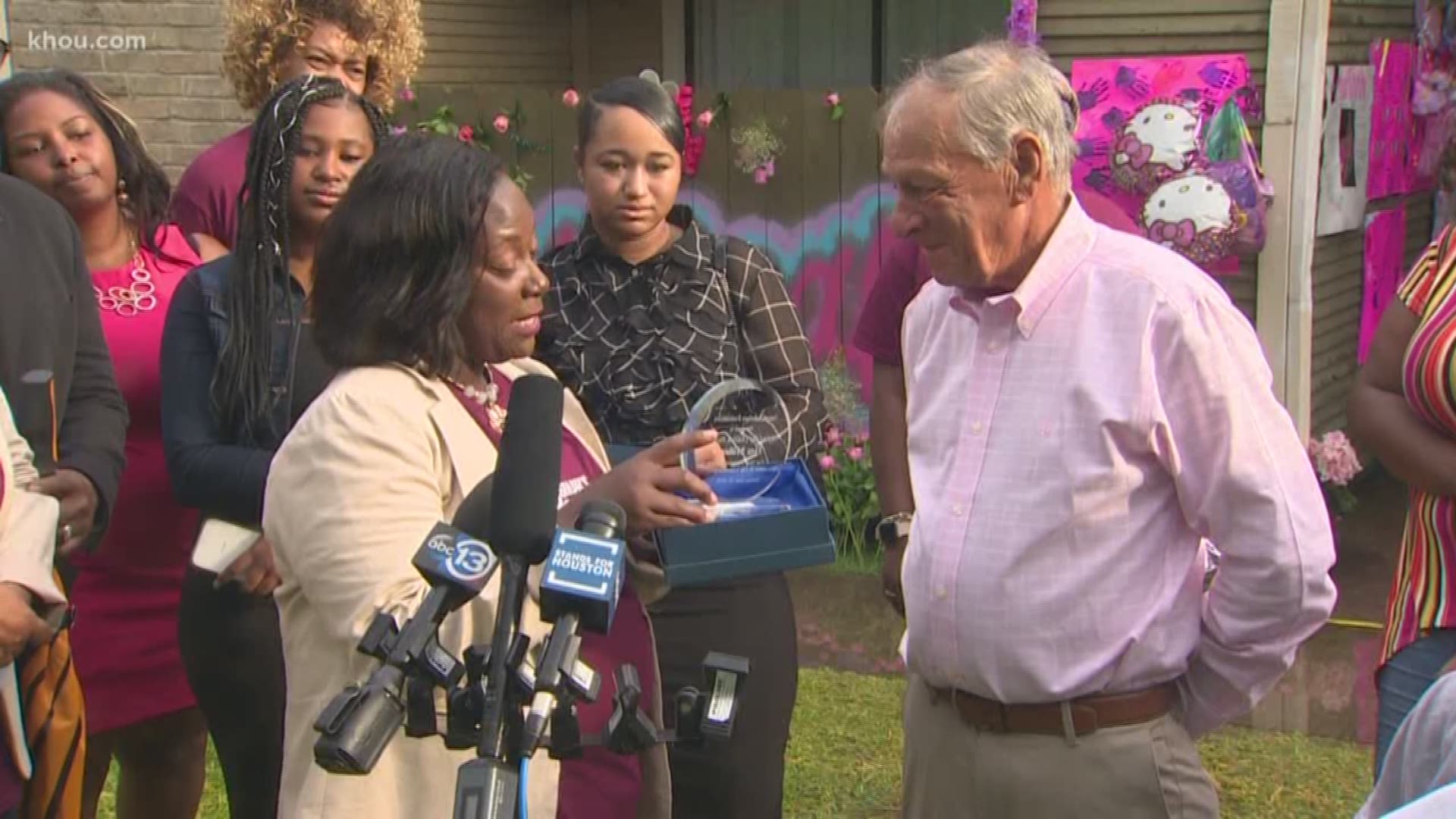 HOUSTON — The two men who played a central role in helping bring Maleah Davis home were honored Sunday for their work on the case.

Investigators then found Maleah's body off the side of a road in Fulton, Arkansas.

"The biggest award and reward was being able to carefully pack her in the container and put her in the airplane right beside us, and I will always remember forever the second the airplane touched down saying baby you're back home," Miller said.

Quanell's daughters were there to accept the award for their father.

Miller also responded to reports that authorities could have found Maleah's body days earlier after Vence reportedly confessed to a fellow inmate several days before speaking to Quanell.

"I don't know if anybody dropped the ball," Miller said. "Bottom line is it happened the way it was supposed to happen."

Miller says the focus now should be on making sure prosecutors have what they need to successfully bring Vence to trial for his role in Maleah's death and ensuring no other child meets the same fate Maleah did.

"I hope I never have to do another one, but if things don't change I'm going to have to," Miller said.

Vence remains locked up on tampering with a corpse charges. Meanwhile Maleah's family is planning a private funeral for Saturday.