About 50 people were stuck in a crowd at the corner of 476 and Farm Road 3175, and witnesses fear dozens will be displaced by fire on Alaquinez Lane. 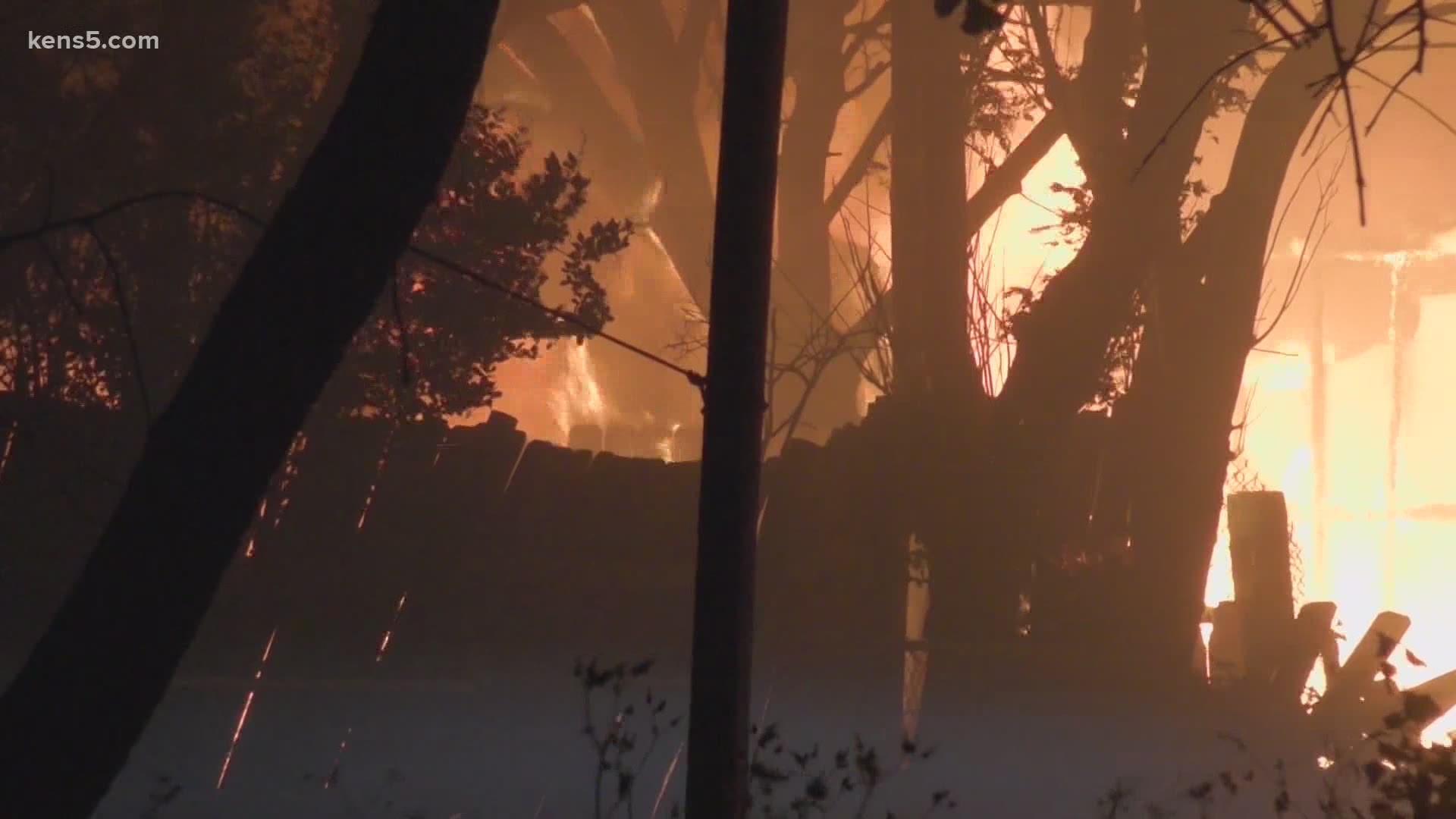 About 50 people were stuck in a crowd at the corner of 476 and Farm Road 3175, as Bexar County sheriff's deputies had assisted in cutting off traffic to the area. Witnesses said a family compound is on fire, three homes have burned, and they believed three more homes are at risk.

As firefighters were battling the blaze, Bexar County deputies maintained a roadblock to keep people out of harm's way. 476 is the main road in the area, and dozens of people waiting anxiously to go home were told they will not be able to return for some time.