Made in S.A.: Whataburger artist

A stay-at-home Dad is getting some recognition for his Whataburger inspired art. 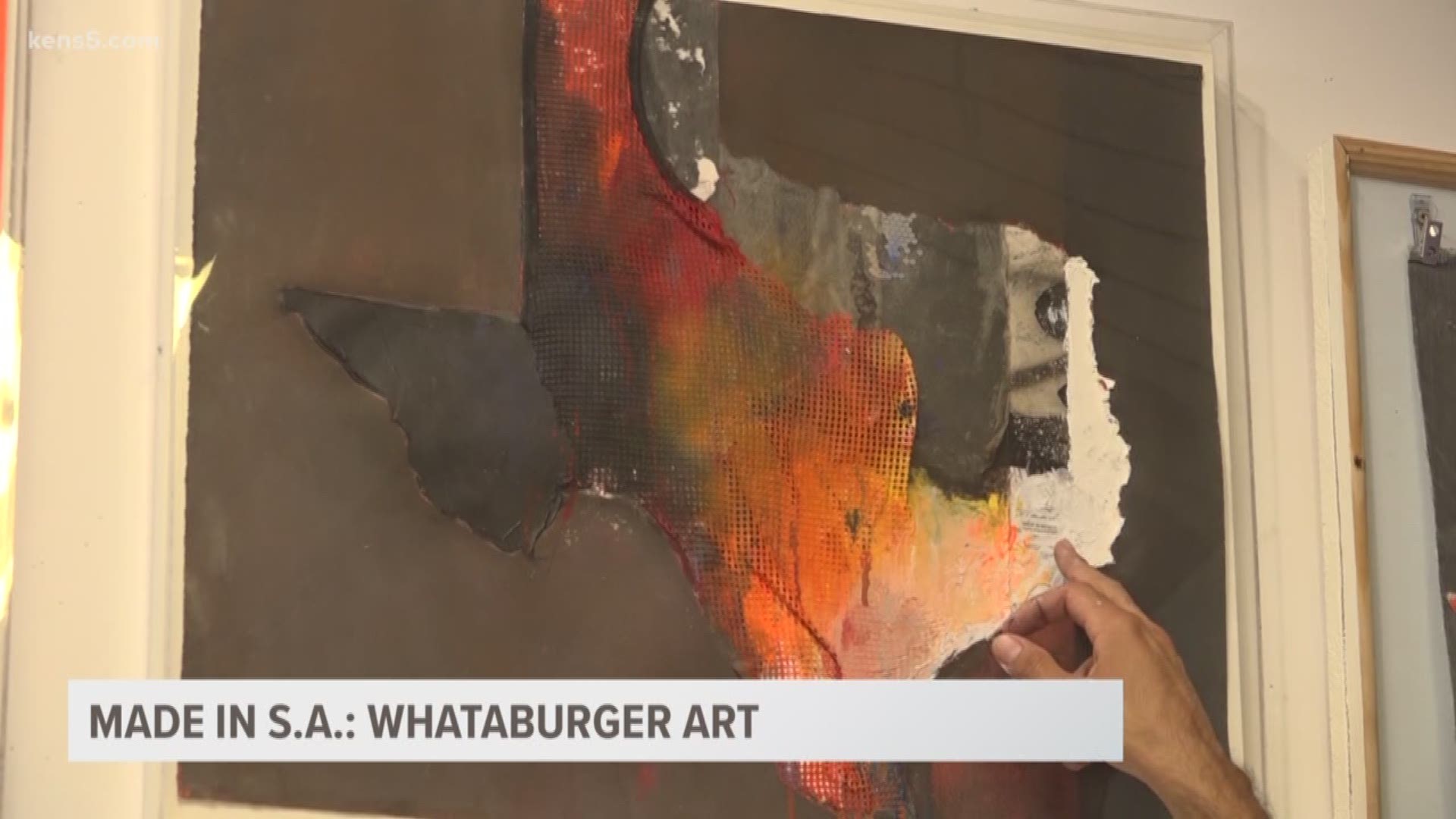 SAN ANTONIO—For as long as he can remember, Raul Gonzalez, has been drawing.

"I think I've always wanted to be an artist," artist, Raul Gonzalez said.

Something else he's also loved since he was a kid is Whataburger.

"Whataburger was always something that I was either thinking about or seeing when driving around as a delivery driver back in Houston," Gonzalez said.

His fast food obsession translating to his art.

Gonzalez combining what he saw on his drives, with his favorite fast food, and drawing on the symbolism of the working man with his 'Whatamachines' series.

"I feel like it's something people connect with,” Gonzalez said. "If we can appreciate a place like Whataburger that are homegrown. Then we can appreciate the people that are building our homes and highways to the places that connect us."

As his artwork continued to evolve he decided to incorporate his new life as a stay-at-home Dad.

"I felt like I also had this story to share that also erases the stereotype of the typical stay-at -home Dad," Gonzalez said.

His art now includes another of his loves, his daughters.

The artwork catching the eye of his food idol.

"It was really awesome when it happened," Gonzalez said.

His series almost sold out, but Gonzalez says there's more Whataburger-inspired art in his future.

"The inspiration is already there. It's just a matter of finding new ways of incorporating that into the work," Gonzalez said.