Those who knew Glen Noel said he was considerate of his neighbors, and spent hours filling propane bottles during the February winter storm. 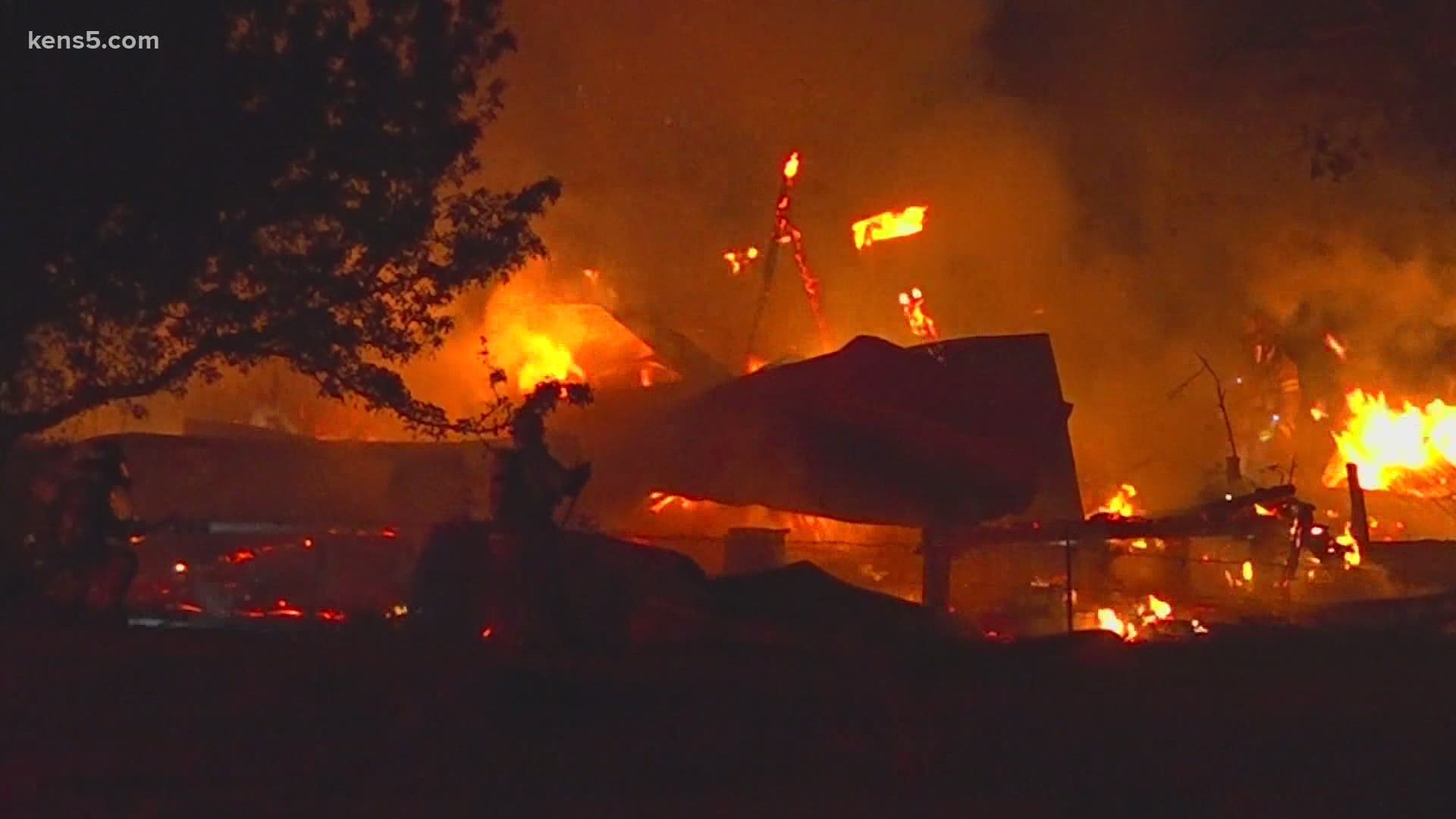 LYTLE, Texas — An investigation is underway after a man couldn't escape his burning home in Lytle this week. Neighbors said they could see the massive flames for miles.

KENS 5 is learning more about the 84-year-old victim from close coworkers. Friends and colleagues of Patriot Gas said the victim was a veteran who proudly served our country and the community of Lytle. Bob A. Roberts, Debby Maingot, and Amanda Schneider worked with the victim.

"Just an outstanding gentleman that was as loyal as he could be," Roberts said.

"He is one of the most generous, loyal, helpful people I have ever met," Schneider added. "He will be missed very much."

Officials have not released the victim's name. But friends tell KENS 5 he was Glen Noel.

The burning home off Old Frio City Road in Lytle is where friends say Noel lived, and they grew close by working with him at Patriot Gas every single day.

"He is not just someone who works here," Schneider said. "He is our family."

They said Noel served in Vietnam, where he worked on spacecraft engines. He retired in Lytle and worked filling up propane, which consumed his time during the February winter storm.

"He is 84 years old, and he was here until 11 p.m. filling bottles for people so they wouldn't be cold," Maingot said.

On Thursday afternoon, fire investigators were on scene sifting through what was left, which mostly amounted to nothing. The home was burned to the ground.

"I would say we all have questions," Maingot said. "We all exactly wonder what happened. How was it that he didn't get out of the house?"

The friends, who are more like family, said they will deeply miss Noel.

"You cherish the moment you have with people," Schneider said. "You tell the people you love them (that) you love them. You never know when it is going to be the last time."

Officials said a mother and daughter inside the home made it out with just minor injuries. The cause of the fire is still unknown.

Fire marshal deputies will be using all kinds of technology, including potentially drones, to help determine a cause.