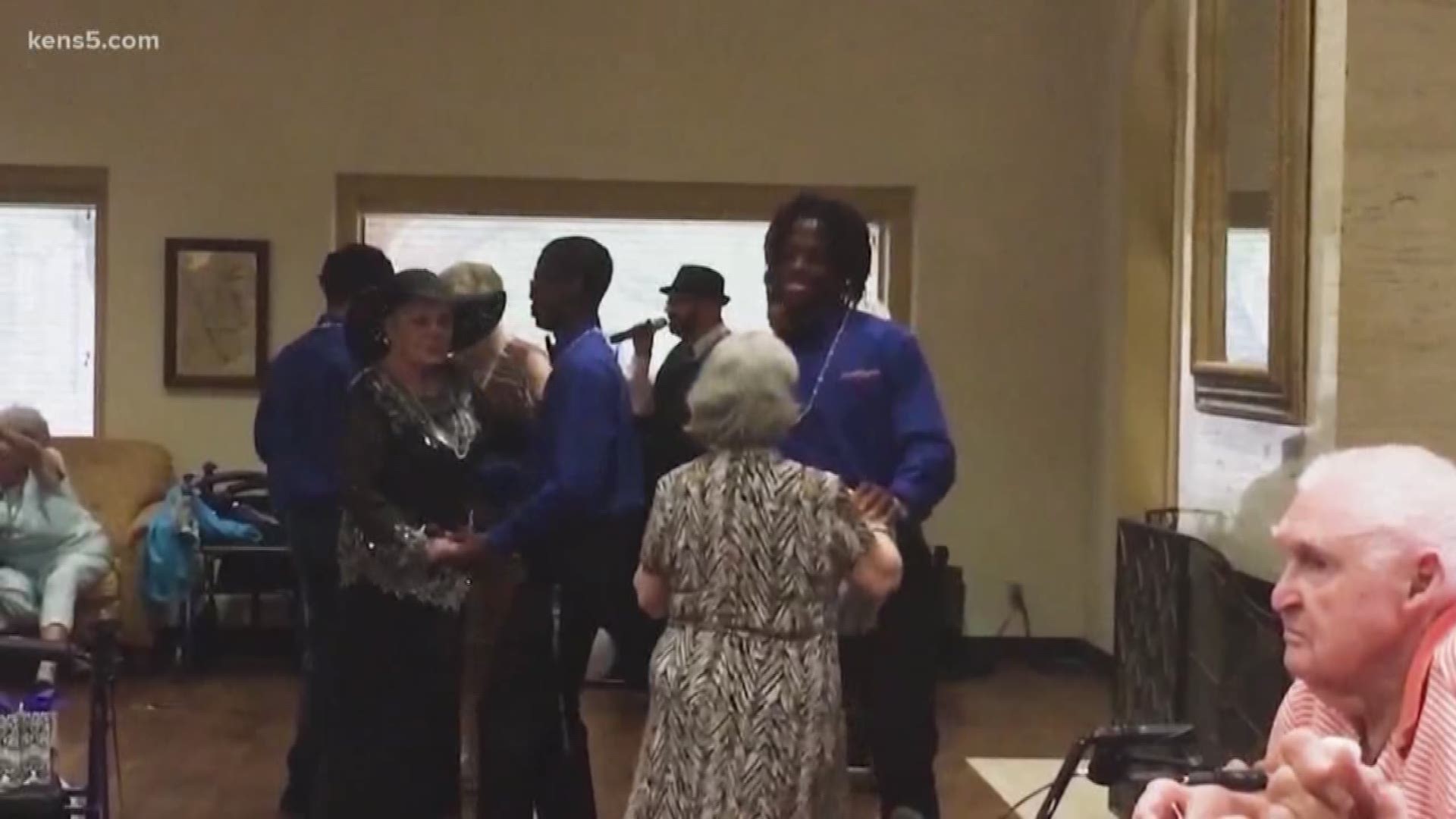 SAN ANTONIO — Prom is a special event for most teenagers, but Andrew Howard didn’t enjoy his special night until he was much older.

“It was the best moment, just, wow, that could ever have come to me,” he said, with a smile on his face. “To see all the ladies in their evening gowns, I thought, 'oh, wow!'”

Dozens of senior citizens were dressed to the nines and ready to boogie for prom night at Madison Estates Retirement Community last Thursday.

“Most of these people are in their 80’s, 90’s, and even 100’s, and yet they were dancing. They were having a good time,” Andrew said. “And the young men danced with the ladies.”

Those young men did more than dance – they also organized the event. 22 students from John Jay High School put on the event, which they say was more than a night of dancing.

“We reached out to them and built relationships with those people. We didn’t just throw a prom for them,” said senior Christopher Wilson.

And Andrew’s night was made extra special after an announcement. He had won prom king.

The night was flawless - until it was time to head home.

“When we were leaving, it looked like they didn’t want us to leave. They wanted us to stay longer,” sophomore Justice Sheridan said.

“When I saw them kids, I thought of my children. And, I tell you, when you lose something so precious like that and you have a bunch of kids around you like that, it made me feel so good,” Andrew said.

A feeling so good, these kids promise it will happen again.

“To give back to them – it really touched my heart. I wanna go back next year, it was so much fun,” sophomore Sanford Jones said.