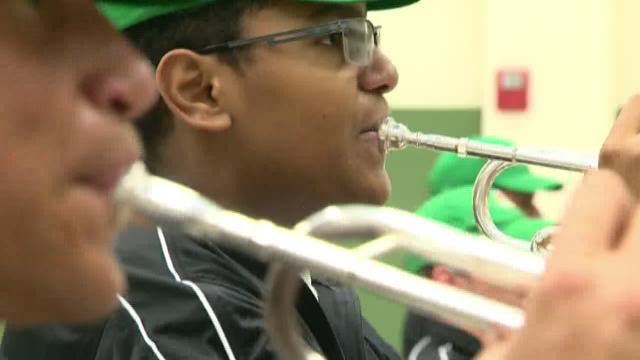 "We are used to doing local performances in Texas or around San Antonio but to think that we are going to Washington on a national level is just wow,” Breanna Green, a band member, said.

Band director, Bruce Adams, said going to the capital will underline the musical talent coming from the East Side of San Antonio.

Sam Houston’s field commander, Terrell Graves, said he's honored to be asked to perform at the parade. He said the nerves are starting to creep up.

“I’m still nervous some days when I’m around new people that haven’t seen me before,” Graves said. “I’m giving them the first impression of the band.”

Even with the nerves, Graves said he’ll be in the zone.

“I’m here to do my best and give them a show,” Graves said.

An experience that Graves said they will all remember for years to come.

“I know 10-15 years down the line me and my friends are going to sit down, drinking lemonade, and just reminisce about all the good times,” Graves said.