"Part of the increase is because there are fewer beds in Texas to help serve kids, and we have the resources to add space, add beds to an existing facility." 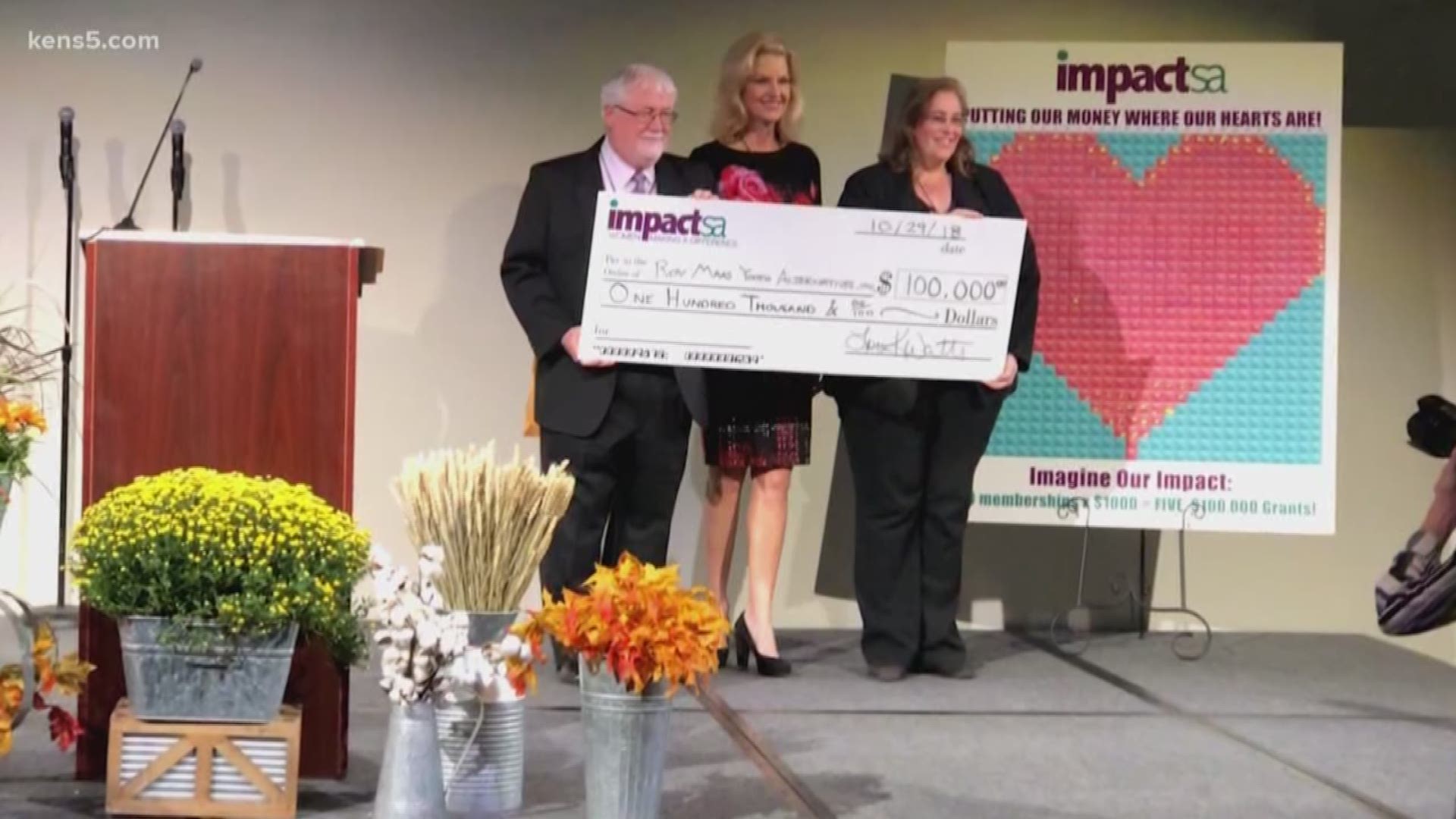 SAN ANTONIO — The kitchen at a local emergency shelter is in desperate need of an expansion.

Roy Maas Youth Alternatives (RMYA) is a local non-profit that provides services to children who have been abused or neglected, or who were victims of sex trafficking.

"We provide shelter, food, clothing," CEO Bill Wilkinson said, "until we can figure out what their needs are, where they can move on to."

The children could stay at Bridge Emergency Shelter for up to 90 days.

Wilkinson said RMYA has been expanding to house and help serve as many children as possible.

"Part of the increase is because there are fewer beds in Texas to help serve kids, and we have the resources to add space, add beds to an existing facility," Wilkinson said.

The organization relies heavily on its 35-year-old kitchen to feed thousands of children every year.

"The kitchen is super important to us because we're moving to serving about 23,000 meals a year to 43,000 a year," Wilkinson said.

Impact San Antonio awarded a $100,000 grant to help the kitchen receive the much needed improvements.

"It's amazing what they can do with the kitchen they currently have," said Lora Watts, president of Impact San Antonio.

Watts said that once a non-profit receives the grant, Impact San Antonio follows the project for two years to make sure it is completed.

"It's more than kitchen appliances. It's life-affecting; it's the future of these kids that are here."

Wilkinson said this grant will not only help the shelter's kitchen expand, but will also give them the space to host cooking classes with the children.

"Every child, there's always a glimmer of hope for what they can be in the world," Wilkinson said. "Every single one of the children that we meet has aspirations. They want to be doctors, they want to be productive members of society and they want to be back with their families."