Kids at the Children’s Hospital of San Antonio are battling through their recovery in a special way. 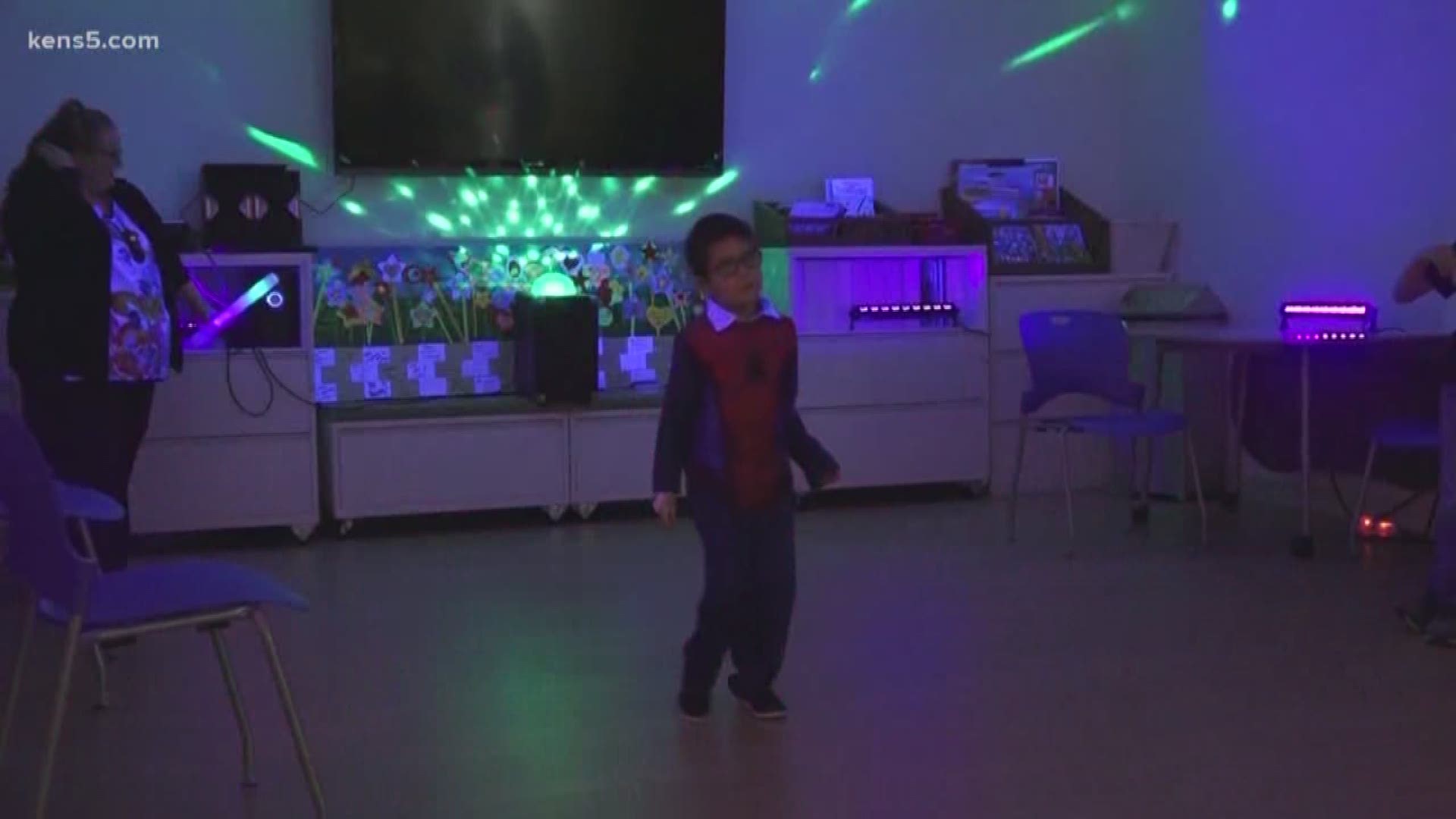 SAN ANTONIO — Kids at the Children’s Hospital of San Antonio are going through their recovery in a special way.

Music, lights and laughter fill the dance floor with little dancers, but the kids are also big fighters.

Two-year-old Kaylee Meyer was diagnosed with a rare form of cancer when she was just eighteen months old.

Today, she’s dancing after finishing 43 weeks of chemotherapy and 23 sessions of radiation.

Not too far away, complete with a Spiderman costume, is seven-year-old Derek Cruz who also just braved a battle of his own.

He said his favorite superhero move is an easy one.

“Go on the edge of a building a do a backflip. I could land on my feet because spiders can land on their feet,” he said.

When he’s not defeating super villains, Derek is fighting through Scoliosis, a condition he was born with.

This week, he is recovering from surgery.

“I had the crown the last time I was here. I hope this is the last surgery,” he said.

Jessica Clayton is one of the 22 specialists in the Child Life department that helps plan these events and said it gives the kids an opportunity to smile and express themselves.

For kids who aren’t able to leave their room, the party is brought to their bedside.

“We try to do that two to three times every week here in the Child Life Center. Then, our specialists continue doing it throughout the bedside and playrooms as well,” she added.

It not only helps build rapport between the patients and the staff, but it also helps get the children through their hospital stay successfully.

“It’s a space to engage with us and laugh. It’s really powerful not only for the child but for the family as a whole to have that opportunity to get out of the room and come down and do something positive and therapeutic,” Clayton said.

She said she is always happy to see not only the children smiling but the parents as well.

“A couple of weeks ago we had a patient in here that was laughing and engaging with our volunteers and mom was actually brought to tears because it was the first time she saw her daughter acting like herself again,” she said.