Life in a 'barndominium': Texas company turning barns into homes

It used to be the place where chickens, horses, and pigs enjoyed shelter. But now the "barndominium" is the new trend in homes. 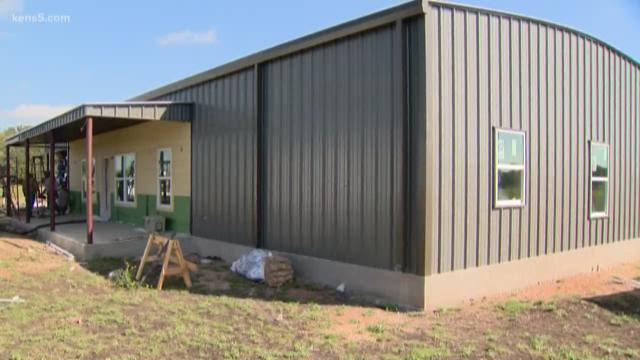 Don't call it a shack, or a shed, or just a barn. It's a "barndominium," and it's a new trend in homes that's growing in popularity.

It used to be the place where chickens, horses and pigs enjoyed shelter. But the farm fowl and four-legged friends have moved out.

"I'm so excited. I can't wait to move in," said April Blackmon, soon to be living in her brand new barndominium just outside Austin.

Instead of any hay or troughs, April's barndominium has three bedrooms and 2 1/2 baths. It's fully insulated with air conditioning, Texas chic accents and a wrap around porch.

Plus, it works for her family. "We have two girls, two dogs - a busy family," April said.

"We're on 13 acres. We're close enough to Austin, but we can get away from city life."

Erik Cortina is the builder behind these Texas Barndominiums. He says men, especially, like the versatility.

"Typically, the hubby is all about it. They can have the shop, the home... it's great. The wife typically says, 'I don't want to live in a barn.'"

But he says once they see the possibilities on the inside, they realize barndominiums aren't bad at all.

"Once they see the inside, I can see them convert. They're OK with a barndominium. They love it," Erik said.

He said barndominiums may have a metal exterior like a barn, but they are built just like a regular home. They have a concrete foundation, a steel frame and a metal roof.

They originally started off as a low-cost alternative to a traditional home, but buyers usually add custom details, which quickly takes the price up.

Plus, they're low maintenance, energy efficient, and the structure can withstand harsh weather conditions.

"Our homes are becoming more popular by the day. Every year we are building more homes than the previous year."