Why Fix SAPD is encouraged by Proposition B failure

Advocates who wanted to neuter the San Antonio Police Union's negotiating power are celebrating a victory of sorts, even though voters shot down their proposal. 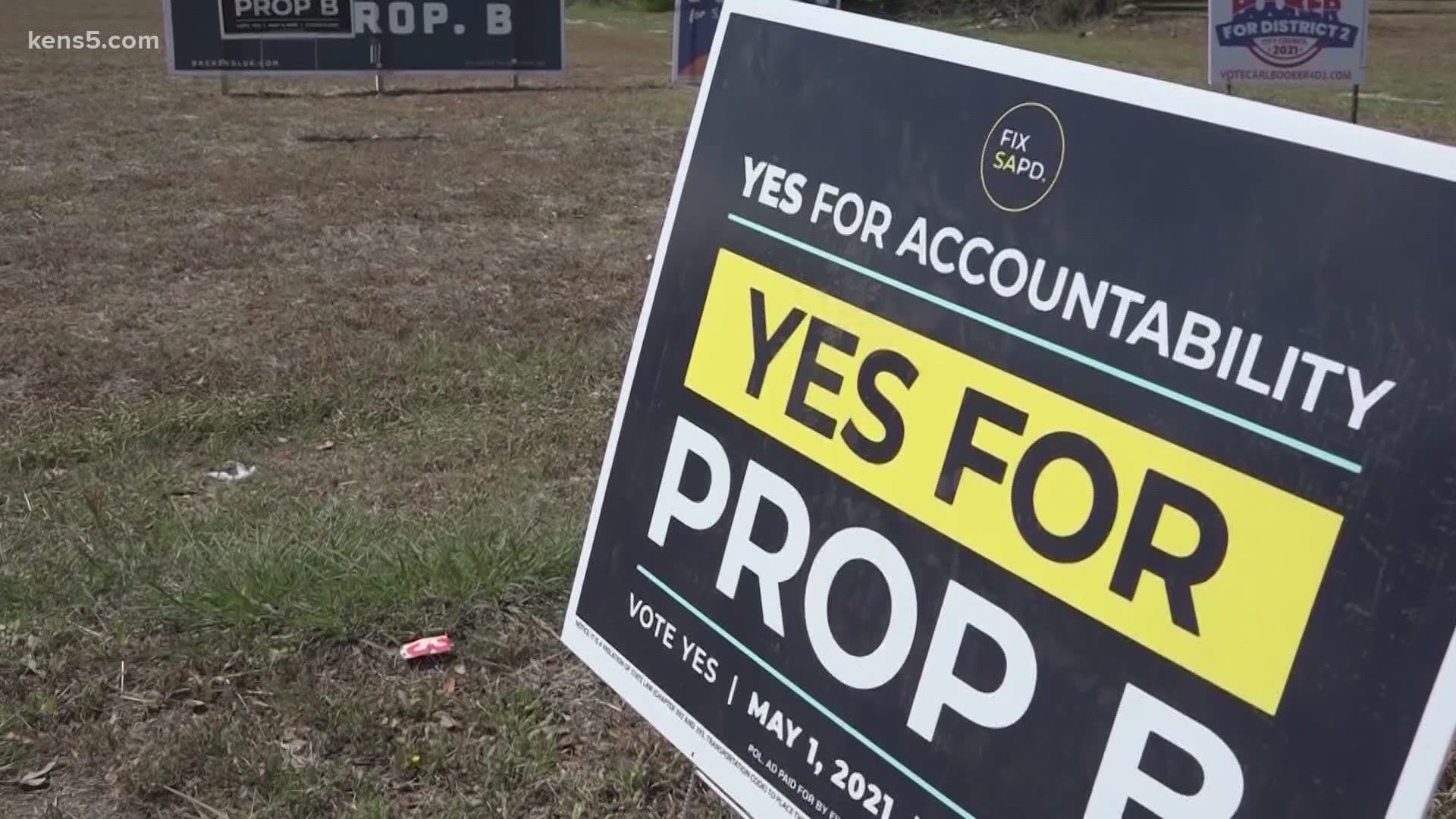 "An organization that's new, coming together with a grassroots effort without the political establishment behind us, was almost able to defeat the most powerful police union in the nation," Fix SAPD organizer James Dykman said. "This proposition is sending a message."

The Proposition B, which would have neutered the union's negotiating power, failed 51-49.

Backers began organizing shortly after George Floyd's death. They argued union-negotiated contracts make it too easy for reprimanded officers to avoid punishment or land new jobs in the department.

"This is a reckoning, either for a different system, or to make sure the city council holds the line on any reforms," Dykman said.

Union leaders said the measure was misguided and would have made it more difficult to recruit and retain officers.

But similar polling conducted by the University of Texas in partnership with the Texas Tribune finds that a majority of Texans also support banning chokeholds, allowing citizens to sue officers that break the law, and mandating that officers intervene when a colleague is illegally using force.

Lawrence says the spotlight on police has forced law enforcement to engage in a new dialogue with the communities they're charged with protecting.

"In order to do this job well, you've got to spend time dealing with your bosses - the citizens you serve - in a non-enforcement capacity on some kind of regular basis," Lawrence said. "The more we get a chance to talk to our citizens and say, 'What is it that you need from us that you're not getting right now?' or 'What would you like for us to do differently or better?' the better we can serve them."

Dykman contends the recent Proposition B vote is evidence San Antonio residents are prepared for a more nuanced discussion about policing.

Lawrence, who did not address Proposition B, believes there is a growing desire room for productive discussion.

"70 to 80 percent in the middle are saying, 'Yeah, let's have these conversations. Let's talk about what is good, public policy,'" he said.