Two BCSO-issued rifles stolen from deputies in the span of a week, agency says

The rifles were taken from the deputies' homes and vehicle, according to authorities. 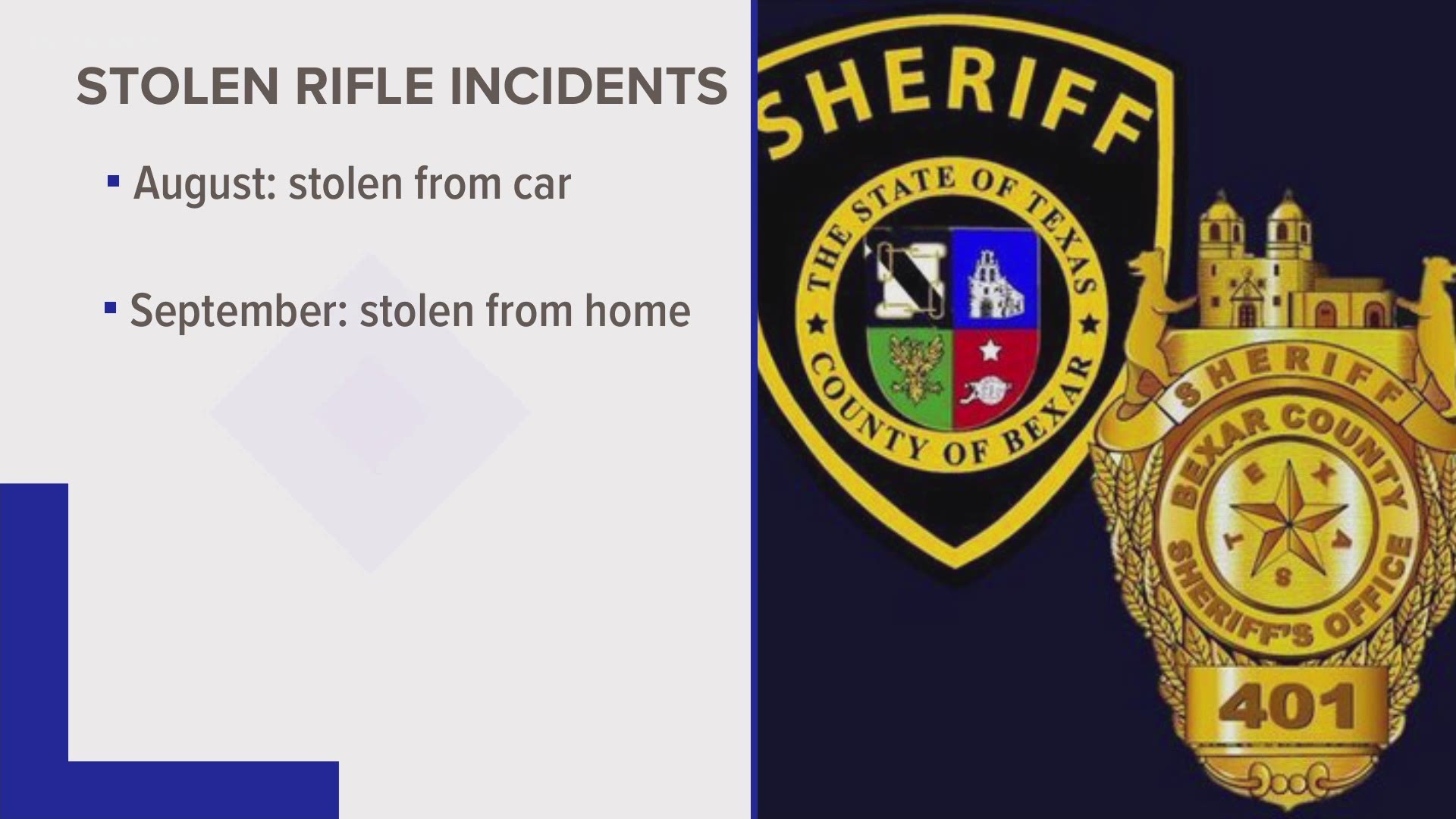 SAN ANTONIO — Bexar County authorities say a deputy's rifle was stolen, "along with several other agency-issued items," when someone broke into their vehicle on the far north side in late August. The narcotics deputy was on duty at the time.

It makes the second weapon issued by the Bexar County Sheriff's Office that was stolen in just a week's time, the agency says, after a SWAT team member's rifle was also taken from his home on the night of Sept. 1. In that incident, "a rifle along with several loaded rifle magazines were stolen" after being left out on the porch.

DEVELOPING: The Bexar County Sheriff's Office is working to recover a SWAT deputy's long gun after he left it outside his apartment complex late last week, the agency confirmed.

BCSO officials say they are looking into both crimes. Anyone who might have any information on the burglaries is urged to contact the agency at (210)335-6070.