The prosecution said McKane shot detective Benjamin Marconi twice in the head in 2016 after pulling up behind him. The state stressed Marconi never saw it coming. 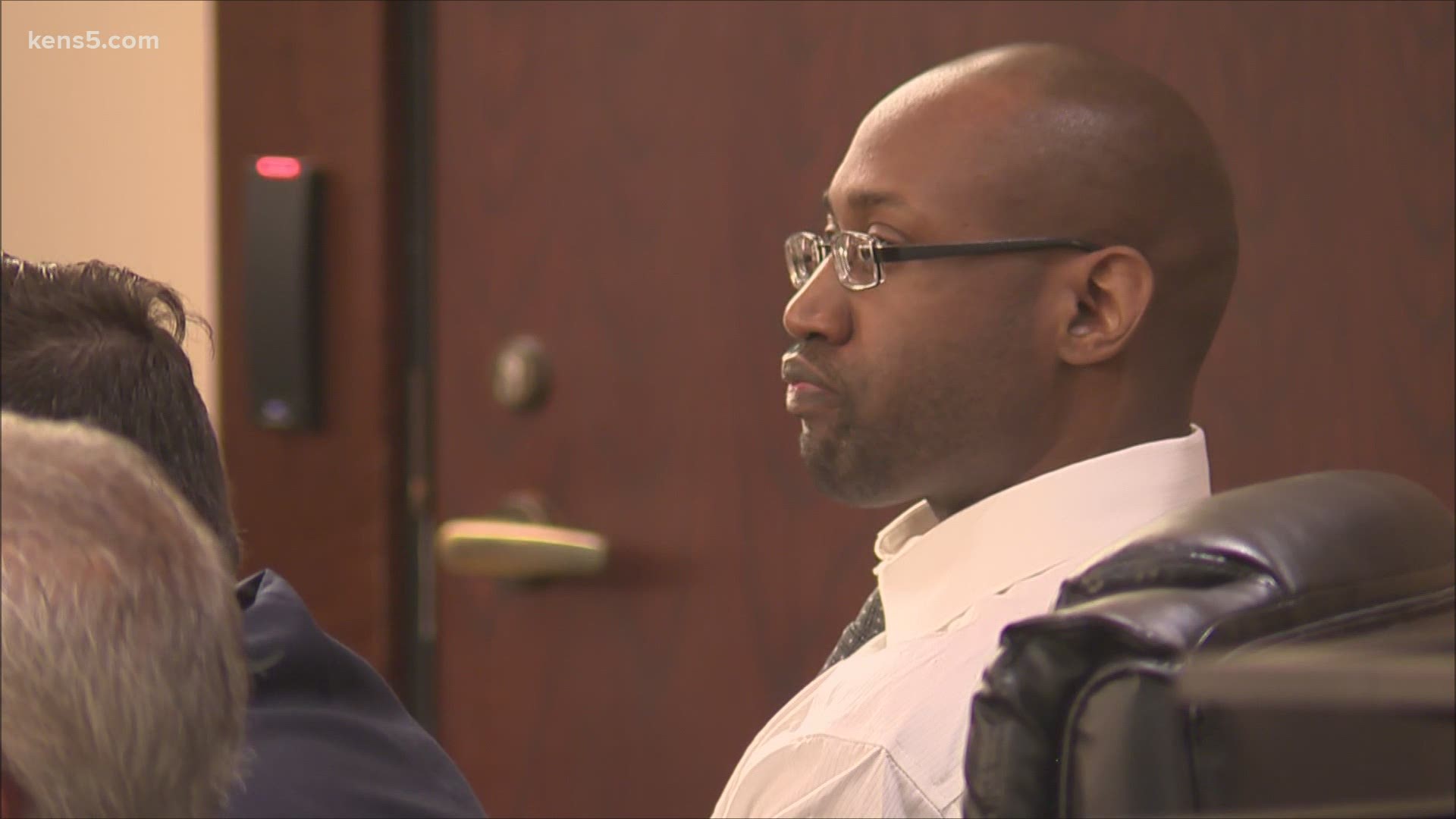 Otis McKane's trial was postponed in March 2020 after judicial leaders suspended jury service and trials amid the coronavirus pandemic. Jury selection restarted in March of this year and wrapped up several weeks later.

Monday morning, the prosecution began the opening statements by reminding jurors of McKane's own words when he was questioned by police after the murder. The defense declined to give an opening statement.

See the clip below from the prosecution's opening statement: 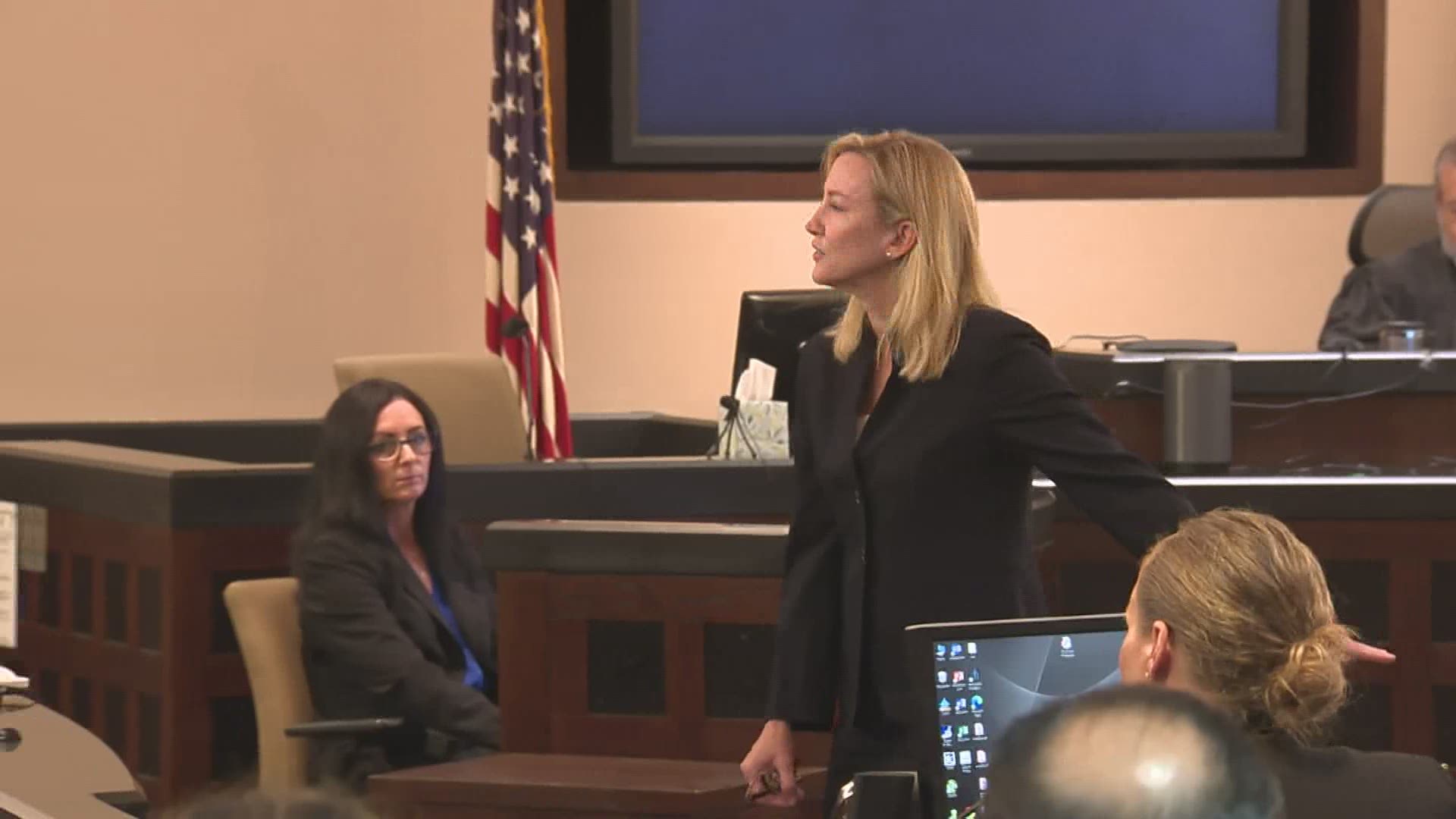 On November 20, 2016, detective Marconi had pulled over a vehicle in front of San Antonio Police Department's headquarters for a traffic violation. Investigators said when Marconi got back inside his police unit to write a traffic citation, McKane came from behind the car and shot Marconi twice in the head.

Prosecution says McKane uttered the words "It felt good to shoot him," while in custody. @KENS5

Marconi, a father and Floresville native, died from his wounds, despite efforts to save him.

McKane sat in the courtroom looking calm and attentive – even during certain moments of the trial when the state described how he allegedly murdered Marconi.

The state opened with a comprehensive overview of what happened November 20, 2016. 11:38 a.m. is when the prosecution said McKane shot Marconi twice in the head. Investigators said McKane had pulled up behind Marconi. The state stressed Marconi never saw it coming when McKane came up and shot him.

The state detailed the efforts to save Marconi – from where the shooting happened in front of SAPD's headquarters to in the ambulance and at the hospital.

The prosecution said McKane was livid over a child custody issue and felt the need to "soothe his soul" and lash out at somebody.

"Those words, 'It felt good to shoot him,' came out of this defendant's mouth when he was being patted down at the magistrate's office detention center after he was arrested for the capital murder of San Antonio police officer Benjamin Marconi," Tamara Strauch, prosecuting attorney, told the jury.

The unprovoked attack shook the San Antonio community and put officers on high alert. The next day, investigators closed in on McKane before nightfall. Apprehended by police, he was charged with capital murder after being married just hours before.

As police took him to jail from their building to a patrol car, McKane acknowledged his actions to the media.

"The situation I was in, I lashed out at someone who didn't deserve it," McKane said.

He was arrested and charged with capital murder the next day.

Bexar County District Attorney Joe Gonzales said in 2019 he would pursue the death penalty in McKane's case. Below is the statement he issued that year:

"When I ran for District Attorney in 2018, I promised the citizens of Bexar County that I would seek the death penalty only in the worst of the worst cases. The facts of this case meet that standard. After months of reviewing all of the evidence in this case, as well as meeting with and considering the wishes of Detective Marconi's family, my capital crimes committee and I have elected to seek the death penalty. This decision was made after much debate about the options available to me and I believe that the cold and calculating nature of the defendant's conduct in this case deserves the death penalty."

McKane faces life in prison or death by lethal injection if convicted.