Tragedy's tribute: Charles Roundtree's family to mark two-year anniversary at house where he was killed

Charles Roundtree Jr. lived 6,616 days. His family hopes it's not that long before they reach resolution in his killing. 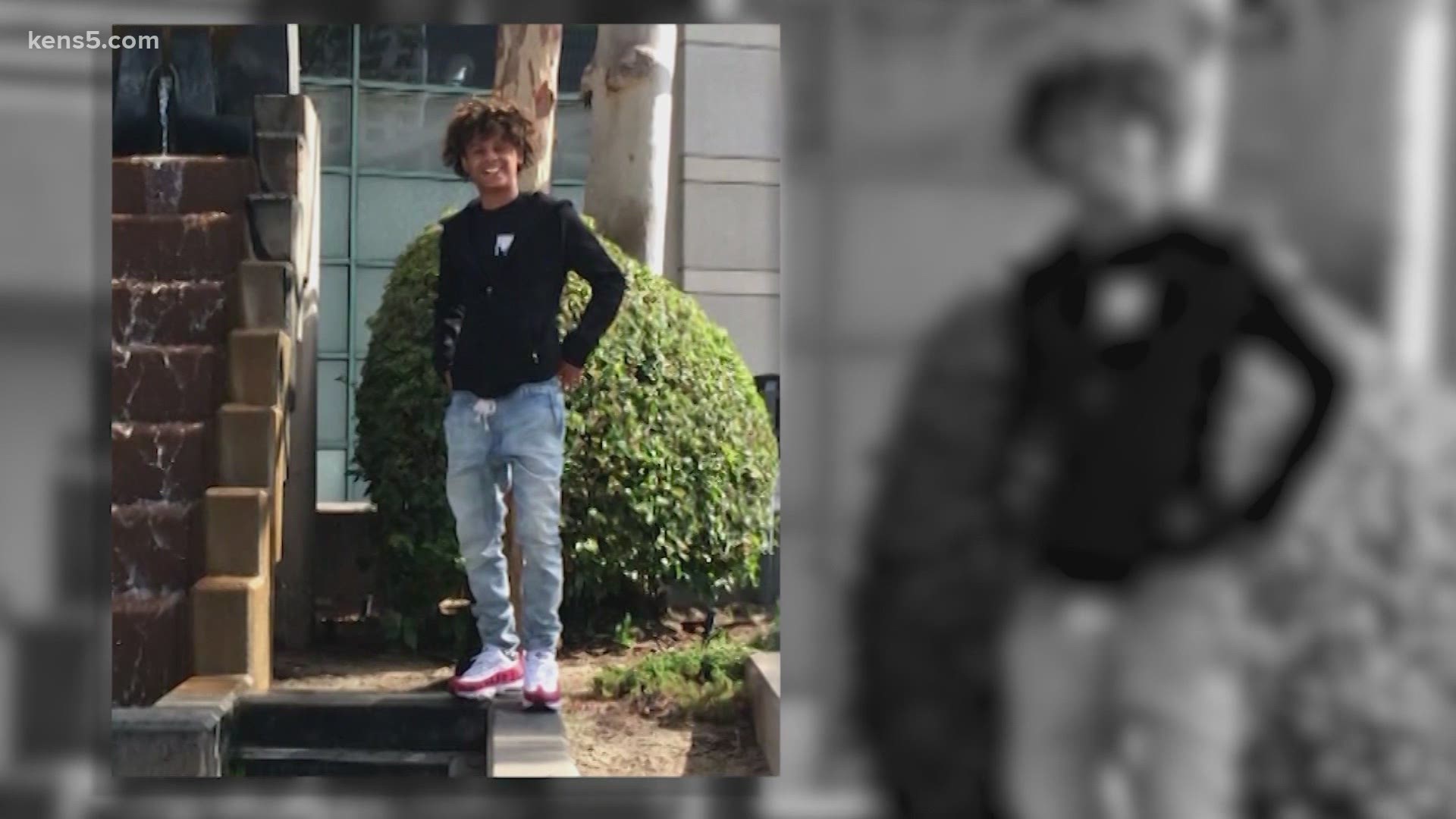 SAN ANTONIO — Editor's note: This story specifies the address where a San Antonio man was fatally shot by police in October of 2018; none of the parties involved reside at the home anymore.

The family of Charles "Chop" Roundtree Jr. gave extreme consideration to private reflections away from the public to mark the two-year anniversary of his death, which will be Saturday. They eventually changed course.

"Right now, we need each other," Patricia Roundtree said.

Patricia is Roundtree's mother. The 18-year-old also lived with his aunt, Bernice Roundtree. Both were special to him.

The two have decided to hold a candlelight vigil Saturday in front of the home where a San Antonio Police officer killed Roundtree in 2018. The time of the vigil remains undecided.

"We don't know what to call it. Honestly, we just...it's the day he was murdered," Patricia said.

The shooting was the result of an assault allegation made by Facebook soup sellers delivering Calde de Pollo on Oct. 17, 2018. One of them said he got punched by someone over a parking dispute.

Casanova went to investigate the claim. Body camera video shows him knocking on the door of a home along Roberts St. Police calls for service show more incident reports citing that house than the whole block combined, especially narcotics calls.

The soup sellers said the assaulter ran in the direction of the home or possibly went inside. Casanova's body camera shows him saying, "What's up?" as he knocked and the door opened to individuals in the front room who appeared startled.

In the front room were DaVante Snowden, Taylor Singleton and Roundtree. Snowden responded to the sudden door opening and police light shining in with vocal expletives. Casanova never identified himself as police.

According to Casanova, he saw Snowden reach for a gun. The officer opened fire, hitting Snowden in the backside. The other gunfire would kill Roundtree, who witnesses said was sitting in a chair as an unarmed bystander.

Snowden was arrested and eventually acquitted on a weapons charge connected to the shooting.

Roundtree's family is suing SAPD and Casanova for wrongful death.

"He just had this spirit that everybody just loved about him," Patricia said.

She refers to her only son as her best friend. Even in his death, Patricia says she still talks with him; she describes the conversations as empty and teary. But it's the time where she can speak and cry with no boundaries.

Any level of joy is hard to predict as they return to the house on Roberts Street. No one connected to that night's events still lives at the residence.

But the pain still resides there.

"We've got to be his voice," Patricia said.

Officials with the City of San Antonio said they could not respond to KENS 5's requests for comment, due to pending litigation.

For clarity, the city said SAPD was responding to a call. According to the city, Casanova was not performing a so-called "no-knock warrant." Officials also emphasized that a grand jury reviewed the case and did not return an indictment.