Sheriff Salazar requested funding for a boat, but Bexar County Commissioners aren't buying it just yet 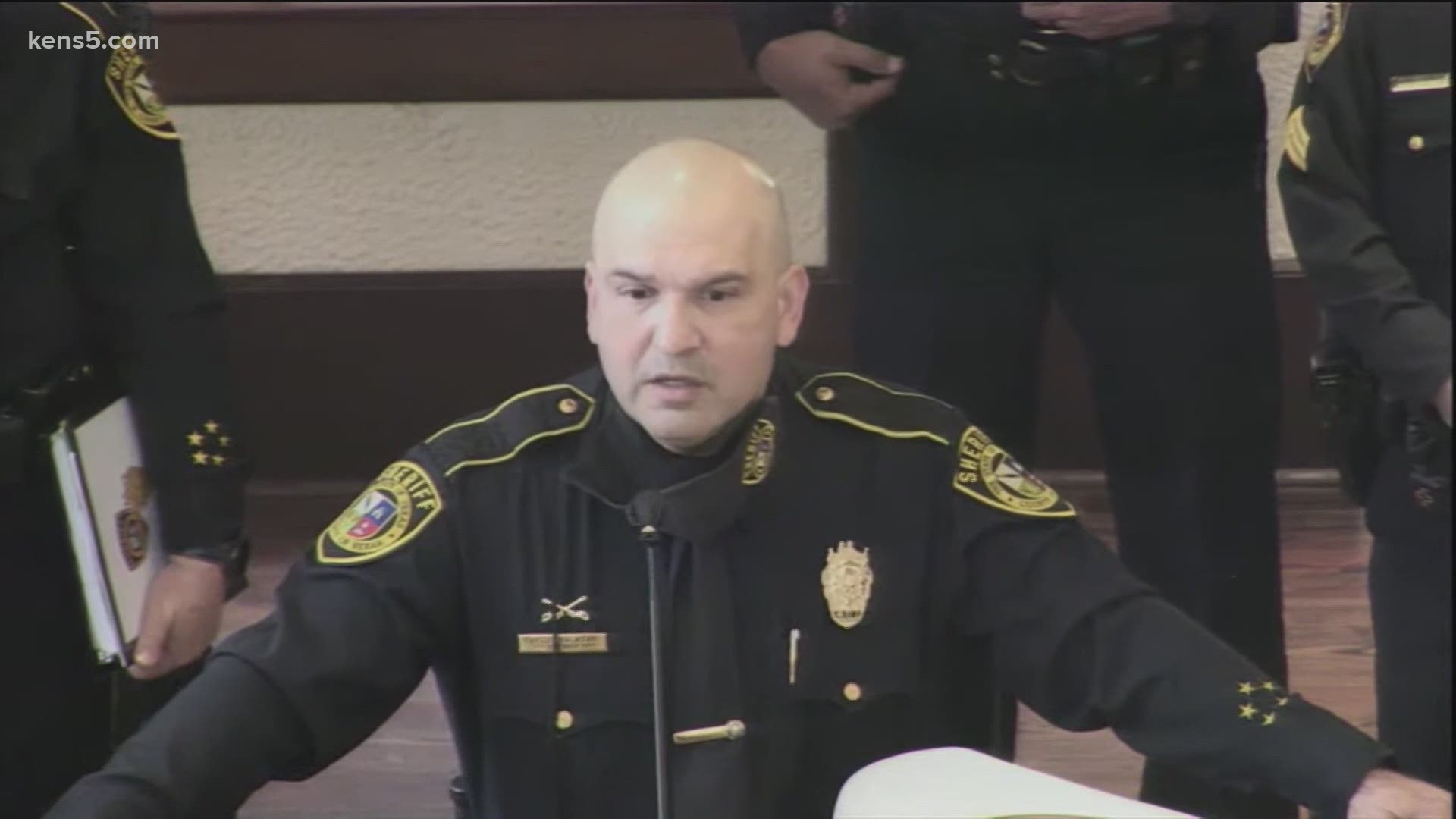 SAN ANTONIO — Sheriff Javier Salazar’s request for a $20,000 rescue and recovery boat was met with questions and criticism during Tuesday’s Commissioners Court meeting.

"I’m going to be blunt here. I think it’s insulting and I think it’s insensitive that you’re spending $20,000 on a shiny new toy or a boat,” said Precinct 3 Commissioner Trish DeBerry.

Salazar stressed he had no intention of insulting anyone but rather to present the need for a boat during a time where the sheriff’s office relies on other agencies for using marine vehicles.

“I do beg to differ, it’s not a shiny new toy, it’s something that we’ve seen a need for,” Salazar said.

DeBerry took issue with the absence of extensive details surrounding the boat request and potential long-term financial impact on taxpayers.

Funds for the boat would come from donations through the Bexar County Sheriff’s Foundation, a group formed two years ago in partnership with the San Antonio Area Foundation.

“There’s a board of community members that we go to and we petition for, hey we have this need at the sheriff’s office, can you help us out with it and it’s typically things that may not be a budgeted item,” Salazar said.

Non-budgeted items funded through the Bexar County Sheriff’s Foundation include items such as K-9 vests and various equipment for deputies including honor guard.

Salazar cited recent cases that warranted the need for a search and rescue boat.

“We saw the need for that boat after working on several high-profile homicide investigations, namely Andreen McDonald, there was another young man, Curtis Perry who we recently spent a lot of time looking for out here near Calaveras Lake,” Salazar said.

Commissioners were not completely sold to make a decision on the boat during Tuesday’s meeting.

“I can see the need for a boat for rescuing folks. My father had to rescue folks when the flood of '98 came,” said Precinct 4 Commissioner Tommy Calvert.

“Really, these monies could be better directed at helping solve the problem regarding recruitment, retention of the jail, versus a boat,” DeBerry said.

Commissioners were not completely satisfied with the proposal. As a result, the issue was tabled to come up again during a Commissioners Court meeting in two weeks.

This will allow time for the Bexar County Sheriff’s Office to come up with additional information to present before commissioners regarding the logistics, training costs and other vital details.

"Today, I brought to the Court a solution to a problem—BCSO is in need of a Patrol search and rescue boat, and we have a solid plan to pay for it at minimal cost to tax payers. Unfortunately, the solution was met with immediate disdain by Commissioner Trish DeBerry," he said.

"It was apparent that for personal and political reasons, the BCSO’s ability to protect and serve our community was attacked. Commissioner DeBerry’s behavior was absolutely unprofessional, and, I might add, perhaps the most unprofessional behavior I have seen from a Bexar County Commissioner as I enter my 5th year of office as Bexar County Sheriff. This seems clear, in light of the spontaneous expression of marked disapproval of Commissioner DeBerry’s behavior by the speaker who followed me at the podium."

The rest of his letter can be read in full below.

"This matter was set on the Commissioners Court Agenda for today as a Consent Item. I had a PowerPoint presentation with me which we would have been able to share at a moment’s notice…had I been asked for details, instead of being berated and shouted down by Commissioner DeBerry. In fact, a copy of the PowerPoint plan is attached here.

These past few weeks, I have devoted all available time to on-going and successful projects such our Jail Inspection—which we passed—upgrading and improving our ongoing recruiting efforts, attacking organized crime, and working through personnel issues. Still, I assure you that had we been informed of the need to present the ACF as an Individual Item (as we have been asked to do, in the past), we would have gladly done so.

While it was nice that Commissioner DeBerry was complimentary of our Recruiting team and even called Lt. Garza a “rock star”, her referring to the needed search and rescue boat as a “shiny new toy” was an obvious personal attack against me…and insulting to the families of murder victims Curtis Perry and Andreen McDonald, who would very much differ with her on that after our efforts to find their loved ones with borrowed equipment similar to what we are attempting to purchase for ourselves.

This valuable piece of equipment will be used to properly patrol the waterways and bodies of water found in Bexar County, when needed (e.g. searches for lost persons and/or evidence, rescue of persons and animals in trouble, response to flooding events, deployments to our County Parks, response to calls for aid by area law enforcement, etc.). I am not asking for additional positions to run the boat; instead, properly trained and licensed deputies from our Special Enforcement Team will operate the boat, as needed.

The Special Enforcement Team’s tasks include patrolling County Parks, animal cruelty investigations, specialized modes of patrol, and drug interdiction. The Sheriff’s Foundation, like many others, was created to allow for private monies to bolster BCSO operating conditions by allowing the purchase of specialized equipment and training that the regular county budget will not cover; however, it is not designed to essentially supplant such items as personnel wages or positions, such as the requested investigators positions which have gone unfunded for some years now.

Soon, we will have other purchases sponsored by the Sheriff’s Foundation come before the court such as protective vests for our K9’s and Honor Guard equipment that will improve our operational picture. I sincerely hope those instances do not devolve into another attack from Commissioner DeBerry by shouting me down with “Hey! Hey! Hey!” for the sake of political theater or posturing. Not only are personal attacks like today uncalled for and non-productive, they jeopardize public safety in Bexar County.

It was requested that I come back with another boat request in two weeks, but I choose not to, due to the obvious disdain Commissioner DeBerry has for me and our efforts to improve BCSO’s readiness and response capabilities. I intend to hold the ACF in abeyance until another time.

I will reach out to HEB and ask them to hold their generous donation for this lifesaving equipment until this matter is resolved amongst Commissioners Court. Further, I don’t want the rescue boat to be used as an excuse to deny the next request I’ll be making for acceptance of BCS Foundation funds for K9 armor and other equipment. Those will be presented in front of you in coming weeks.

I stand at the ready to fulfill my promises to the residents of Bexar County who have entrusted me to be their Sheriff and lead the BCSO for today and into the future. Please let me know how you wish to proceed with correcting this glaring issue…I am willing to do my part 110%...but the recent attacks show a pattern that I hope will not continue."