The sheriff provided photos of body cam stills, says full video will be released "as soon as it becomes practical." 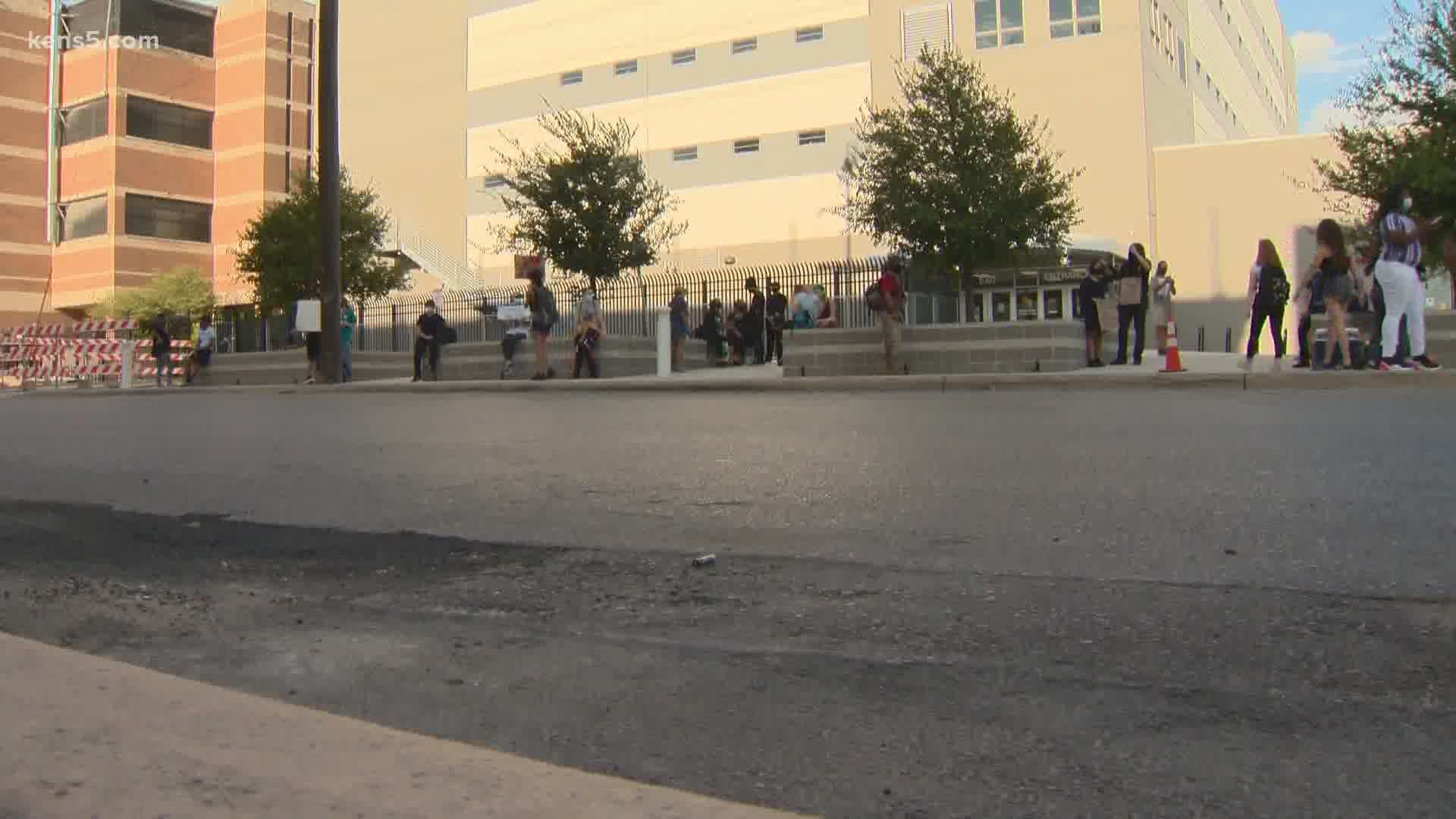 SAN ANTONIO — A day after deputies shot and killed a 30-year-old man who authorities say was experiencing a mental health crisis, Bexar County's sheriff attempted to justify their actions, saying they practiced "an immense amount of restraint" in the encounter before using deadly force.

Sheriff Javier Salazar provided an update on the ongoing investigation in a Wednesday afternoon Zoom call with local news media, using unclear stills from deputies' bodycam footage that seem to depict the struggle. Salazar said the full video would be released "as soon as it becomes practical," adding he believed releasing it now would "affect witness testimony" from people that investigators have yet to speak to.

Bexar County deputies were initially called out to the far-west-side residence Tuesday evening where they had been multiple times before after calls from concerned family members of the victim, Damian Daniels, who was reportedly suicidal.

Still photos shown by Salazar show a visible bulge under Daniels's shirt, which the sheriff said was a 40-caliber pistol, "the exact same pistol that our deputies carry."

On Tuesday night, the sheriff said that deputies spoke with Daniels for some time before attempting to near him, encouraging him to get assistance. But, according to Salazar, "it became apparent he was not going to come along," at which point deputies ineffectively utilized a taser. Daniels, according to Salazar, reacted by attempting to grab a taser from another deputy, who managed to maintain control of it. At that point, another deputy utilized a taser again, leading Daniels to let go as the "pretty substantial struggle" apparently continued. Wednesday, Salazar said it lasted over two minutes.

Other photos shown by Salazar, while unclear to a certain degree (due to the close proximity of the camera to those involved), seem to show that struggle, including deputies' hands being used to grab Daniels and the gun, still holstered under his shirt.

"I believe that it became pretty apparent what his intention was with that handgun that, I believe, led to the response by the deputies," Salazar said on Wednesday, without elaborating further. "One of the deputies pretty obviously sought to control Mr. Daniels's right hand that was hanging there by his holstered weapon; then they began to fight for that gun."

The sheriff said, "everybody got in a fight for that weapon." Photos also show a visibly closed switchblade, which also belonged to Daniels, on the ground. The sheriff also said "it's pretty apparent" the deputies' own guns remained holstered for most of the struggle until they opted for deadly force.

"One can only presume what his intentions were, but I don't believe they were good intentions at this point," Salazar added.

The sheriff alleged that the deputies' decision to use deadly force, a decision he seemed to support during the update to media members, was the culmination of what he called "a lack of compliance and [Daniels's] lack of willingness to let go of that weapon."

He also said deputies "pleaded" with the victim to let go of the gun, although KENS 5 is unable to evaluate that perspective until video of the incident is released.

"It was very clear to these deputies that they were in a fight for their lives at this point," Salazar said, although it still is not clear what Daniels initially did to spur the struggle. "I believe I'm satisfied with the way these deputies handled themselves."

The sheriff said the shooting of Daniels ended an encounter that was "close to 40 minutes" long, and that deputies administered first aid as EMS was arriving at the scene.

Salazar repeatedly referred to the victim as a suspect, although it's unclear what he would have been charged with had he not been killed, and that they were "hands-on with an armed suspect at this point that's, frankly, hell-bent on getting that gun out of his shirt."

Authorities are still investigating the case. Salazar said he believed he "was satisfied with the way these deputies handled themselves, although it's an absolute tragedy a man lost his life."