'Put it down, I want to help you': SAPD releases footage of June confrontation where officers killed knife-wielding suspect

Investigators later discovered the suspect was the same person who called 911 dispatchers about an armed man. 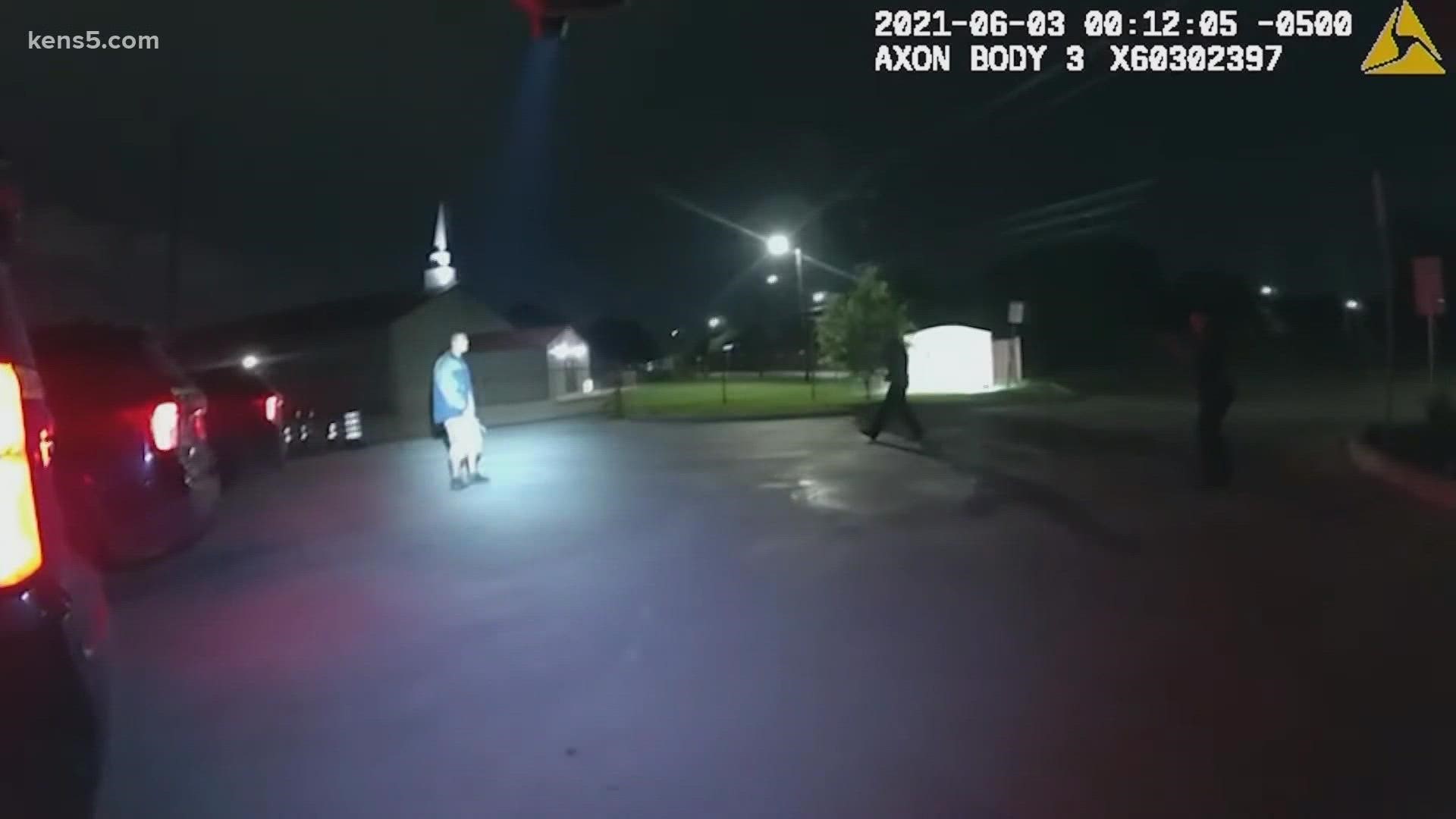 The video – released by SAPD as part of its new policy aimed at boosting transparency – includes audio recordings of the initial 911 calls from the incident. The caller tells dispatchers the suspect "has a big knife and he has a gun in his bag and showed it to me."

The caller goes on to tell dispatchers the man was drinking and pointing the firearm at him outside a Family Dollar on Castroville Road. It wasn't until later that authorities found the caller was the suspect himself, Kolton Chavez.

SAPD officers responded and confronted Chavez outside the store, imploring him to show his hands. Police said Chavez put down his backpack before pulling a knife from his waistband.

In the footage, officers can be seen trying to communicate with Chavez to get him to drop his weapon.

"Put it down, I want to help you," one of them can be heard saying.

The footage goes on to show Chavez continuing to walk toward officers as they back up. One officer can be heard asking about the use of less-lethal force.

But, seconds later, Chavez can be seen quickly lunging before three officers shoot at him. He later died at the hospital, and police said a gun wasn't found at the scene, despite Chavez saying as much in his 911 call.

KENS 5 asked SAPD upon the video's release if it was necessary for officers to shoot Chavez, but officials said they couldn't comment on an ongoing investigation.