A traffic stop turned violent this past April when a passenger pulled a gun and shot at the officer, injuring him. 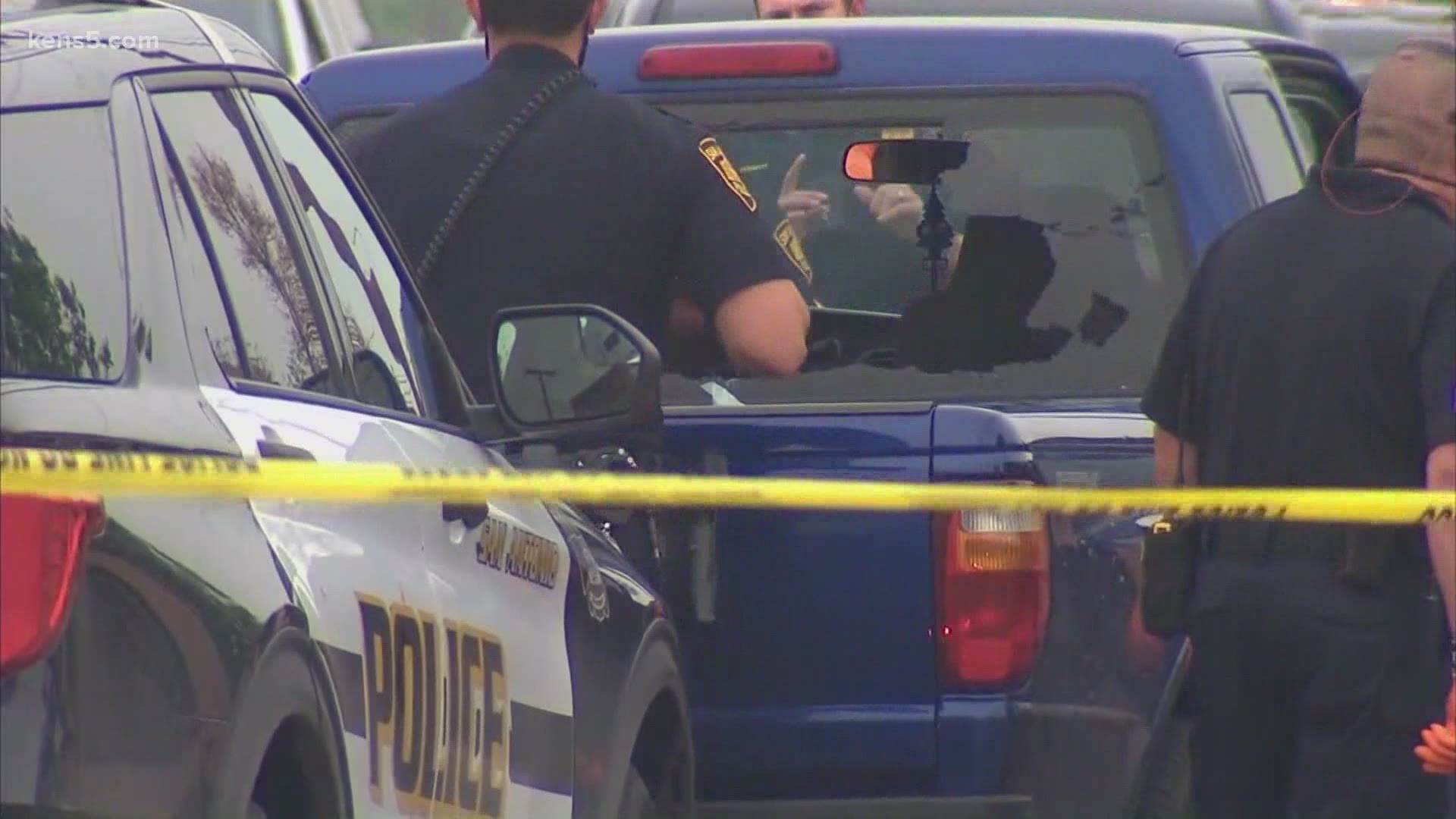 SAN ANTONIO — The San Antonio Police Department released body camera video Thursday from an April incident in which an officer shot and killed two men after he was shot in the hand.

The shooting took place April 16 in the 2400 block of Pinn Road on the city's west side. At the time, San Antonio Police Chief William McManus described the incident as a "routine traffic stop which turned out to be not so routine after all."

The officer was by himself when he walked up to the truck, occupied by a driver and two passengers.

At some point, one of the passengers pulled a gun and started firing at the officer, striking him in the hand and his radio.

The officer then returned gunfire as he retreated to his vehicle. The driver and a passenger were killed in the exchange.

Warning: The actions depicted in the below video may be too graphic for some viewers.

Police also released video Thursday of April's shooting at the San Antonio Airport, during which a gunman opened fire into a crowd in the departures area for the airport's Terminal B. A Park Police officer returned fire, injuring the shooter, who took his own life moments later.

San Antonio Mayor Ron Nirenberg said Thursday that he was "pleased the videos are being released, and I am hopeful that they will be released in a timely fashion going forward.”

This year, San Antonio City Council enacted a new protocol for the release of video from "critical incidents," including police shootings and use of force that result in serious injury or death. According to the policy, SAPD has 60 days from the date of the incident to release audio and video recordings.

Efforts to pass the new policy began following a 2020 letter from Mayor Ron Nirenberg requesting "a complete review of our police department body worn camera policies by the full city council." Earlier that year, Bexar County Judge Nelson Wolff raised the alarm for what he said was much-needed reform when it comes to how law enforcement handles certain situations.

This shooting marked the seventh shooting, as of June 10, involving a San Antonio Police Department officer firing their weapon at a suspect in 2021. Two other incidents involved non-SAPD officers.

Since 2016, 85 shootings where an SAPD officer discharged a weapon have occurred in the Alamo City.