Erik Rodriguez, a 14-year veteran of the San Antonio Police Department was handed down multiple indictments by a Bexar County Grand Jury on Monday, January 25. 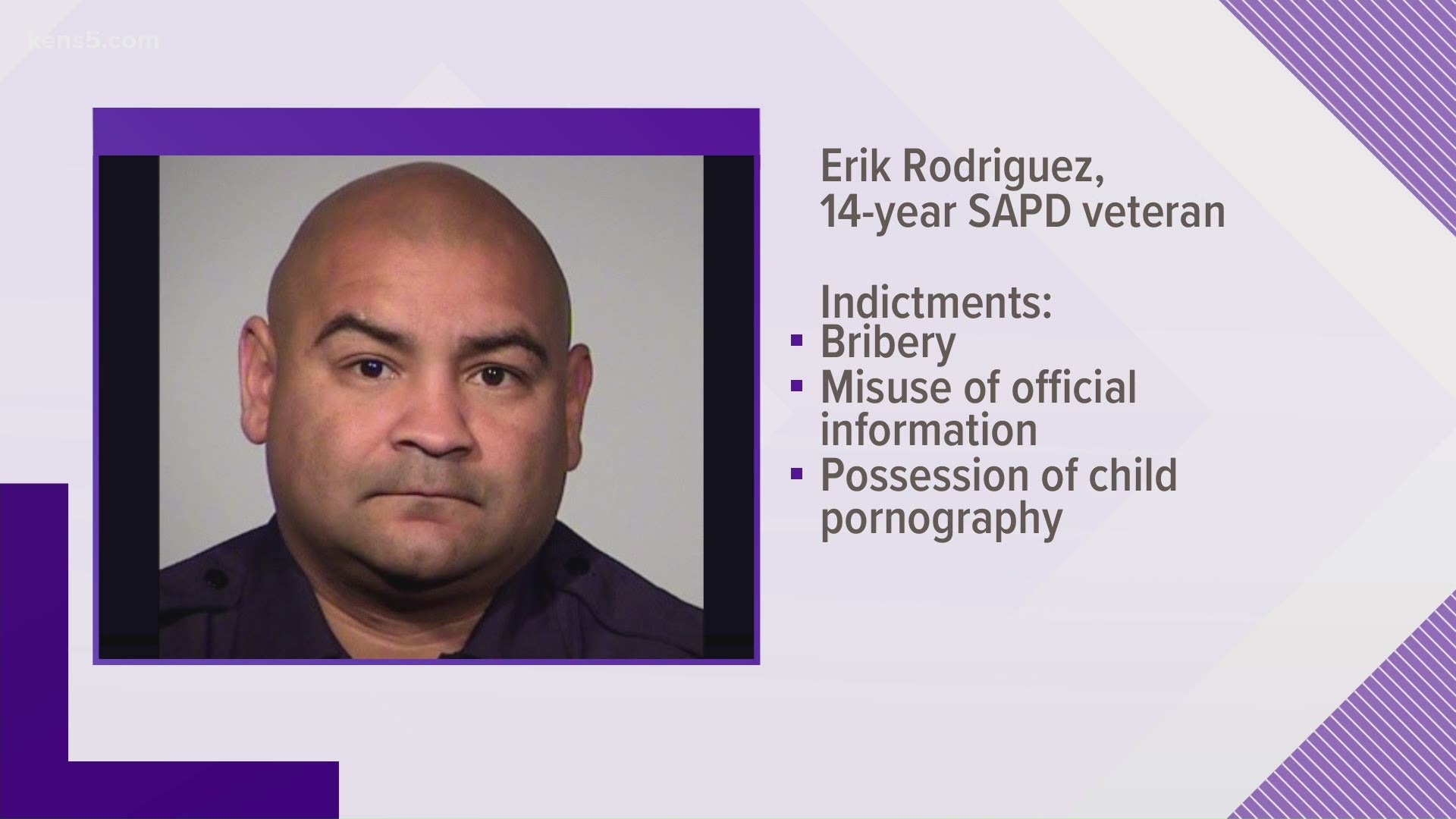 Erik Rodriguez was charged in a two-count indictment with bribery and misuse of public information. Earlier this month, Rodriguez was arrested and placed on administrative leave after an active investigation into alleged dating violence revealed he was passing along "case information" to the suspect, according to officials.

Court records revealed that Rodriguez proceeded to accept compensation from the individual for the information provided.

In a statement, Chief William McManus said he was "bitterly disappointed and frustrated" in the development.

A second indictment charged Rodriguez with possession of child pornography. Because he had not been charged with this offense prior to today's indictment, the Grand Jury set a bond of $100,000 on this case.