Six officers shot at a man inside an apartment unit in September 2020. 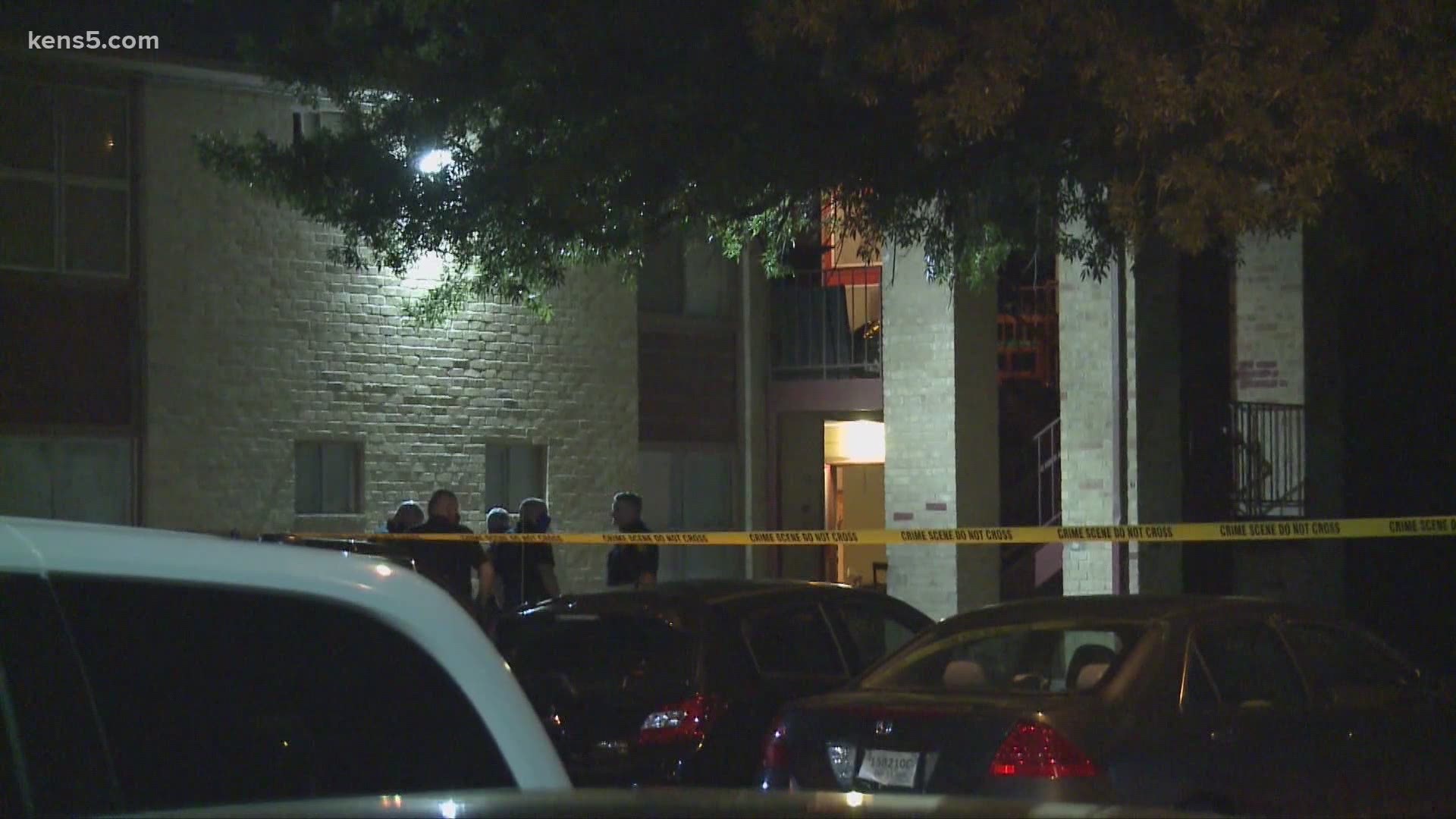 SAN ANTONIO — Editor's Note: The above video was published on September 23, 2020.

Three San Antonio police officers were suspended after an incident in September 2020 where six officers shot at a man several times, killing him.

The San Antonio Police Department's March suspension records document the case, which took place Tuesday, Sept. 22 at the Westway Apartments in the 5600 block of Culebra Road.

Initially, police said officers were in the parking lot when they reportedly heard a gunshot fired inside an apartment unit. Officer Richard Cuellar was captured on body camera outside the apartment unit, talking to the man, later identified as Victor Sanchez.

Cuellar reportedly took over as "lead officer" in the situation, talking to Sanchez after a woman and her five children, who were in the apartment with Sanchez, came out of the building.

Multiple officers came inside the apartment unit, following Cuellar. That's when Cuellar reportedly began trying to negotiate with Sanchez, although the documents state he "lacked the formal training for that role that others in the department are trained to possess."

The document also says Cuellar "comprised the tactics and safety of all the other officers in the vicinity, including himself." The failed negotiation eventually led to Sanchez coming out of the bathroom and six officers shooting at him. He later died as a result of his injuries.

Sergeant Anastacio Hernandez, the second officer suspended, was seen on body camera footage standing outside the building while officers made entry.

Documents state "he failed to remain attentive to his duty as an on-scene supervisor and/or failed to properly assess and evaluate the deployment of the six officers who inside the apartment and two additional armed officers at the apartment doorway who were confronting an armed suspect, compromising tactics and officer safety."

The third suspension involves Captain Jorge Suarez. Documents say body camera footage shows him speaking to officers outside the complex about the armed suspect. He reportedly failed to properly assess the deployment of the six officers inside the unit. He was suspended without pay for 45 days beginning on April 6.