Last week officers stopped Mathias Ometu while looking for another man. SAPD says in a struggle he kicked two officers, and he faces two felony charges. 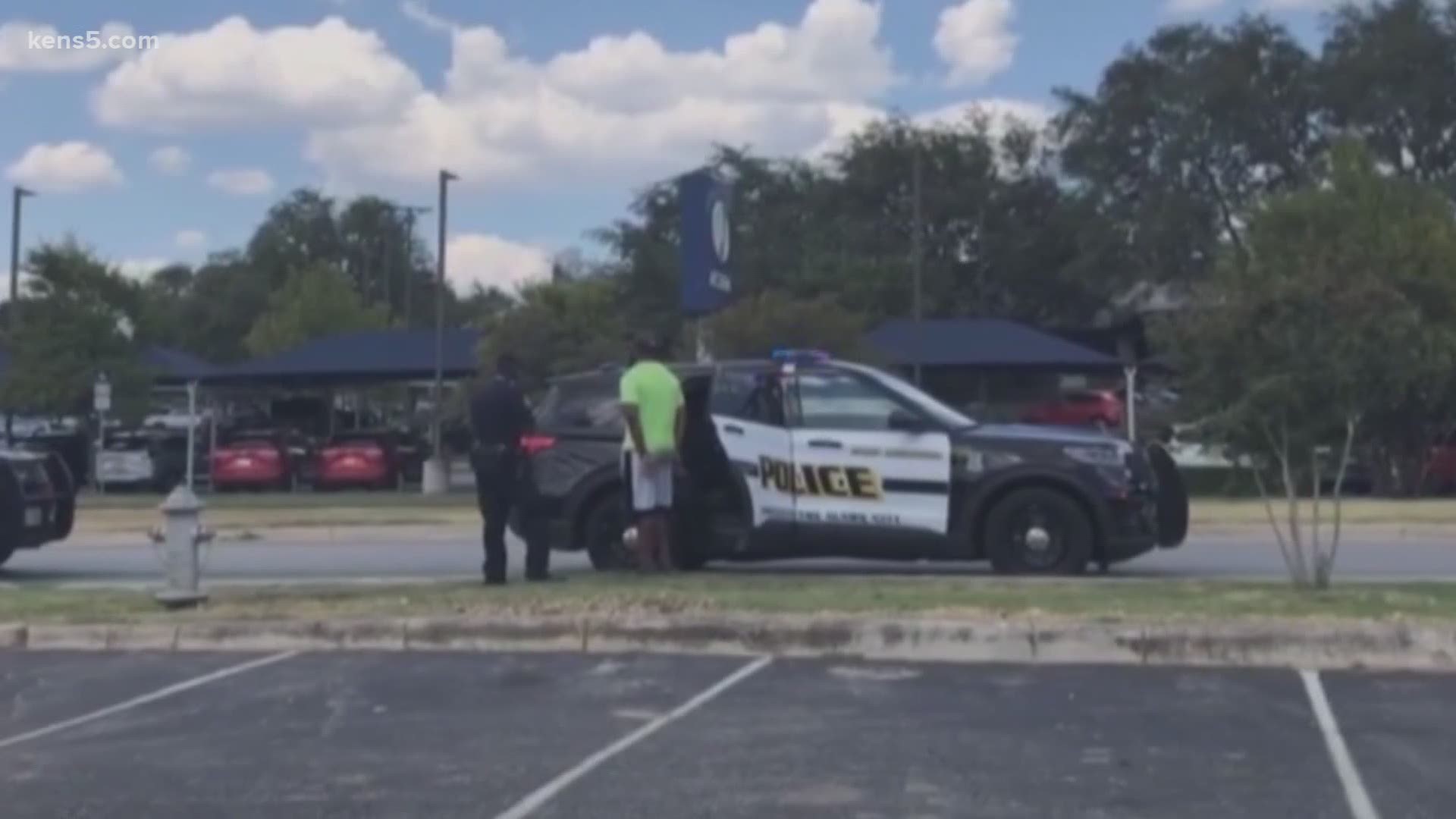 SAN ANTONIO — An SAPD arrest is under new scrutiny from community leaders across San Antonio, condemning what they call a racially-motivated stop that turned into an unwarranted arrest.

Last week officers stopped Mathias Ometu while looking for a man accused of choking his wife. According to SAPD Ometu matched the description given by the victim. A struggle followed when officers placed him inside the vehicle to be identified by the victim.

SAPD says during that struggle Ometu kicked two officers, and that’s why he’s now facing two felony charges. San Antonio’s NAACP President tells us none of this should have happened.

Dr. Gregory Hudspeth makes it’s clear he believes this stop and its results are discrimination.

“Because he’s African American he was treated differently, he was not given the benefit of the doubt. The description the individual gave did not match his description," he said. "That should have been the end of discussion.”

"I’ve witnessed them stand between protesters and vigilantes, they did that very well, they kept the trouble down at the Alamo and at Travis Park."

The retired political science professor doesn’t hold back today when he feels they’ve failed to uphold their oath.

"This is not an example at which they performed that well. Their point should have been de-escalation and I did not see any effort to on their part to deescalate what was going on,” he said.

When asked about the Black officer involved in the arrest and if diversity on the force helps, Dr. Gregory explains it doesn’t cure the root issue of racism in policing.

"Obviously we want diversity on the police force, but diversity alone is not the answer a lot of it has to do with training and good policing," he said. "This was not good policing form my perspective."

Online and in San Antonio, this case is being compared to instances of police abuse. Dr. Gregory believes mistrust of the police is something everyone needs to understand.

"He should have cooperated, but the fact that he did not cooperate with them should not have escalated to this point."