"A great job would've been to get him help, not to kill him," said the attorney representing the family of Damian Daniels, who was killed by a BCSO deputy. 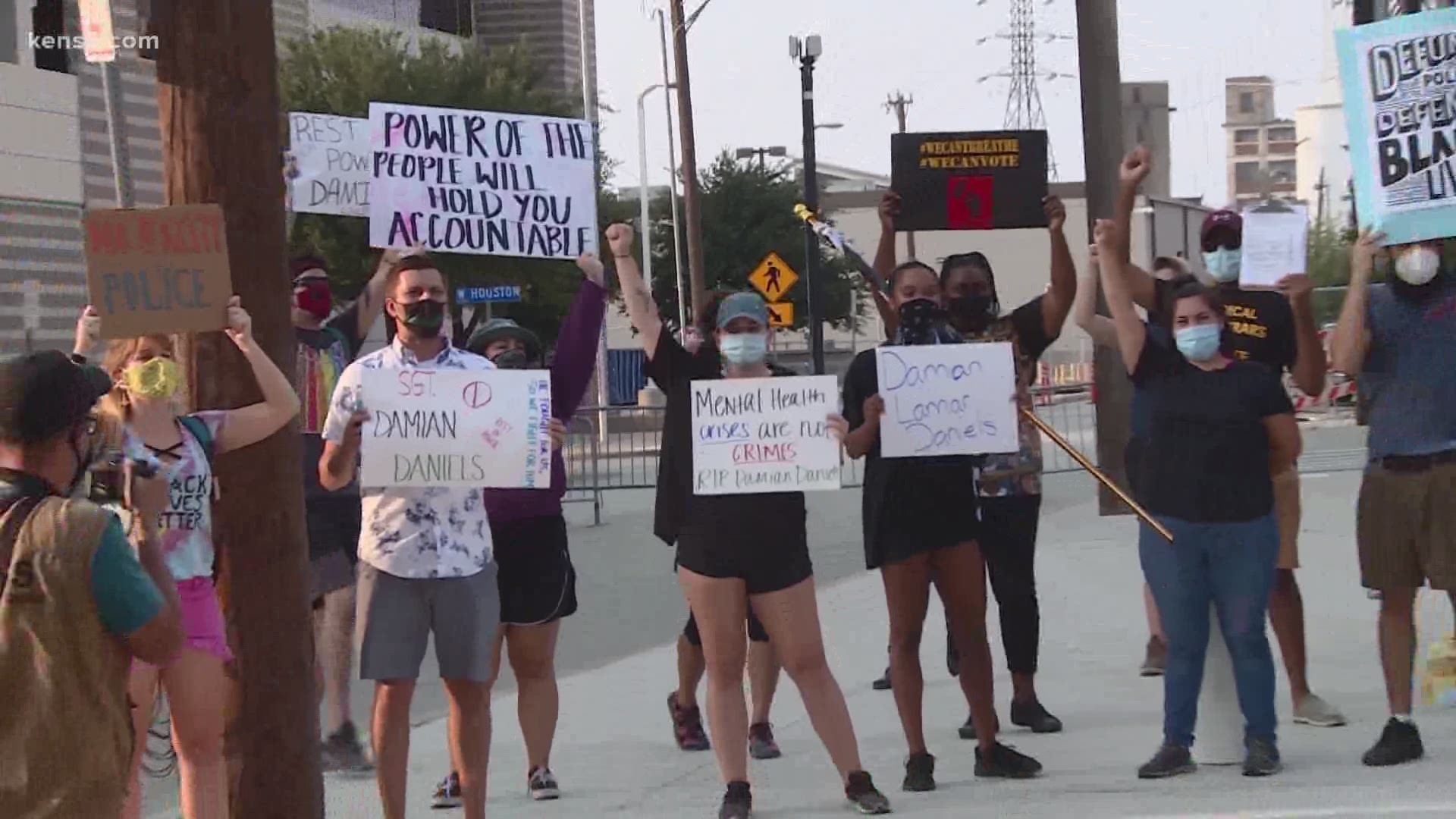 Daniels was a combat veteran experiencing a mental health crisis. He was legally armed when deputies arrived at his home. When deputies couldn't get Daniels under control, one of them shot him.

After the shooting, Sheriff Jaiver Salazar supported his deputies.

"At this point, it does seem like they did a great job and it's unfortunate that it ended with the death of the suspect," Sheriff Salazar said.

"A great job would've been to get him help, not to kill him," Merritt said.

Lexi Qaiyyim stood with a Black Lives Matter flag outside BCSO on Tuesday. She said Daniels didn't deserve this type of treatment.

"A mental health crisis is not a crime," Qaiyyim said. "I think the very first thing they did wrong was not having a mental health professional present at all."

Qaiyyim is tired of the injustice people of color are facing across the country.

The crowd of protesters continues chanting, saying "too many names".

Last week, Sheriff Salazar said his deputies practiced "an immense amount of restraint" in the encounter before using deadly force."

For Qaiyyim, there's no justification.

"They're not listening," Qaiyyim said.

Protesters want deputies to be held accountable. Qaiyyim plans to take a stand until that happens.

RELATED: 'There has got to be room for improvement': County Judge Wolff calls for change following deputies' fatal shooting of veteran Texan