Community members demanded that local leaders take action after the arrest of an 18-year-old man who was kicked and tased by police. 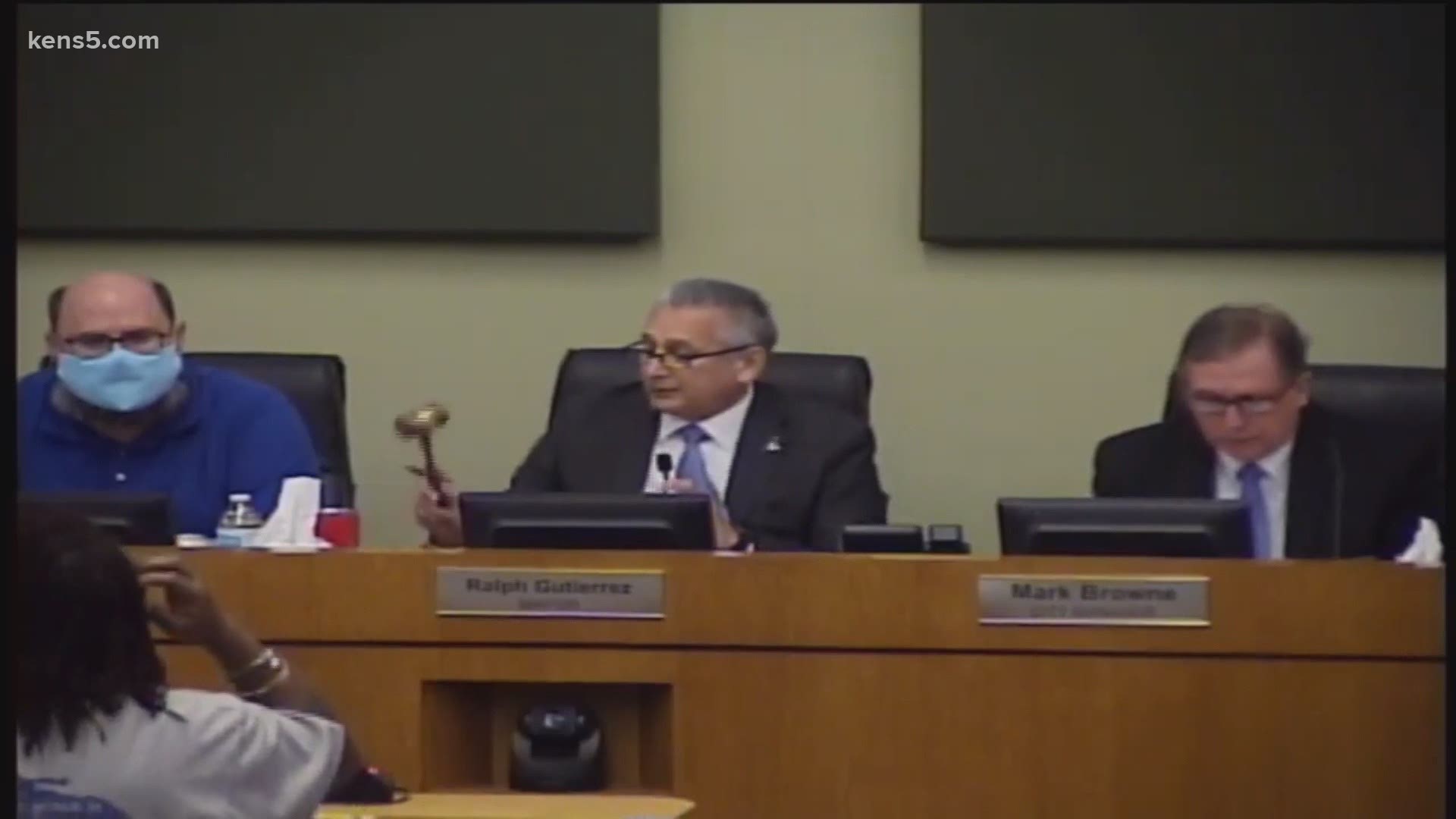 SCHERTZ, Texas — A protest erupted at the Schertz City Council meeting Tuesday evening community members demanded that leaders take action after the arrest of an 18-year-old man while he was being kicked, punched and tased by police was caught on camera.

Police said Zekee Rayford ran a stop light on the evening of Nov. 2, and when officers attempted to stop him, he continued driving into the Wilsons Preserve neighborhood before pulling into the driveway of a home in the 1100 block of Keanna Place. His sister shared home surveillance video of the moments after Rayford pulled into the driveway.

In the video, he's seen exiting the car and raising his hands as officers command him to get on the ground. Rayford can be heard telling the officers, with his hands up, "I'm going to my door."

Two officers are then seen chasing Rayford to the door, tackling him and attempting to get him in handcuffs. Video captures the moments Rayford screams, pounding on the front door of the home while calling for his dad. Officers repeatedly tell Rayford to get on the ground, to which he responds he already is on the ground. The video shows officers stun and kick Rayford as he cries out.

Rayford's father is seen answering the door asking officers why they tased the 18-year-old. Officers are heard telling Rayford and his father that he is under arrest. At one point in the video, one officer is heard acknowledging he tased Rayford, telling Rayford's father, a combat veteran, "You better relax or you’re gonna get it next. I promise you, you will."

Rayford is facing felony and misdemeanor charges of evading arrest, resisting arrest and possession of marijuana. Rayford is also facing other charges from a previous incident.

On Tuesday night, community members and the family of Rayford took their frustrations to city council. They demanded the officers involved in the arrest be punished.

The meeting started off with public comment from one man who addressed the issue with council.

As the city council meeting progressed, more people came in and wanted to speak. But the public comment period was over, and as Mayor Ralph Gutierrez tried to explain the rules, the situation escalated and a protest erupted. Chants of “No justice, no peace!” began to ring out, forcing Gutierrez to call for a break as police intervened to calm the crowd.

Later in the meeting, community members were able to speak to city council. Rayford’s stepmother said her son was wrong for not stopping, but added she would not condone the officer’s actions.

“Who’s going to step in and say this isn't right.? Yes, he did this, yes he did that and say, 'Oh, he had a prior record?' Did ya'll know he had a record when he got beat? When he got tased? When they rolled up on him? Nobody knew that,” she said.

KENS 5 spoke with another family member who said she's grateful for the community's support, adding that Rayford is still healing mentally.

"Family-wise, we are still working with him to heal," Marie Bonds said. "At this point, it’s more mental. Physically, he’s still in pain, but mentally it’s going to cause some damage. It’s already showing."

The Schertz Police Department sent this statement when KENS 5 initially covered the story of the video showing the arrest of Rayford:

"The Schertz Police Department is committed to serving our community with understanding and the highest integrity, while upholding our guiding principles. In doing so, our officers are expected to maintain the highest ethical and moral standards in every interaction with those we serve. As a police department, we welcome concerns or feedback on ways that we, as a department, can improve, especially when those concerns involve our officers and their interactions with the community.

"At this time, we are actively investigating the incident involving Zekee Rayford and cannot comment further on the investigation. At the conclusion of the investigation, if any policy infractions are discovered staff will be held accountable and appropriate actions will be taken.

"The Schertz Police Department is and will remain committed to serving our community and providing a safe place for all."