At the polls, activists work on fast-tracking police reform initiatives

Activists are seeking signatures to change how police accountability is handled in San Antonio. 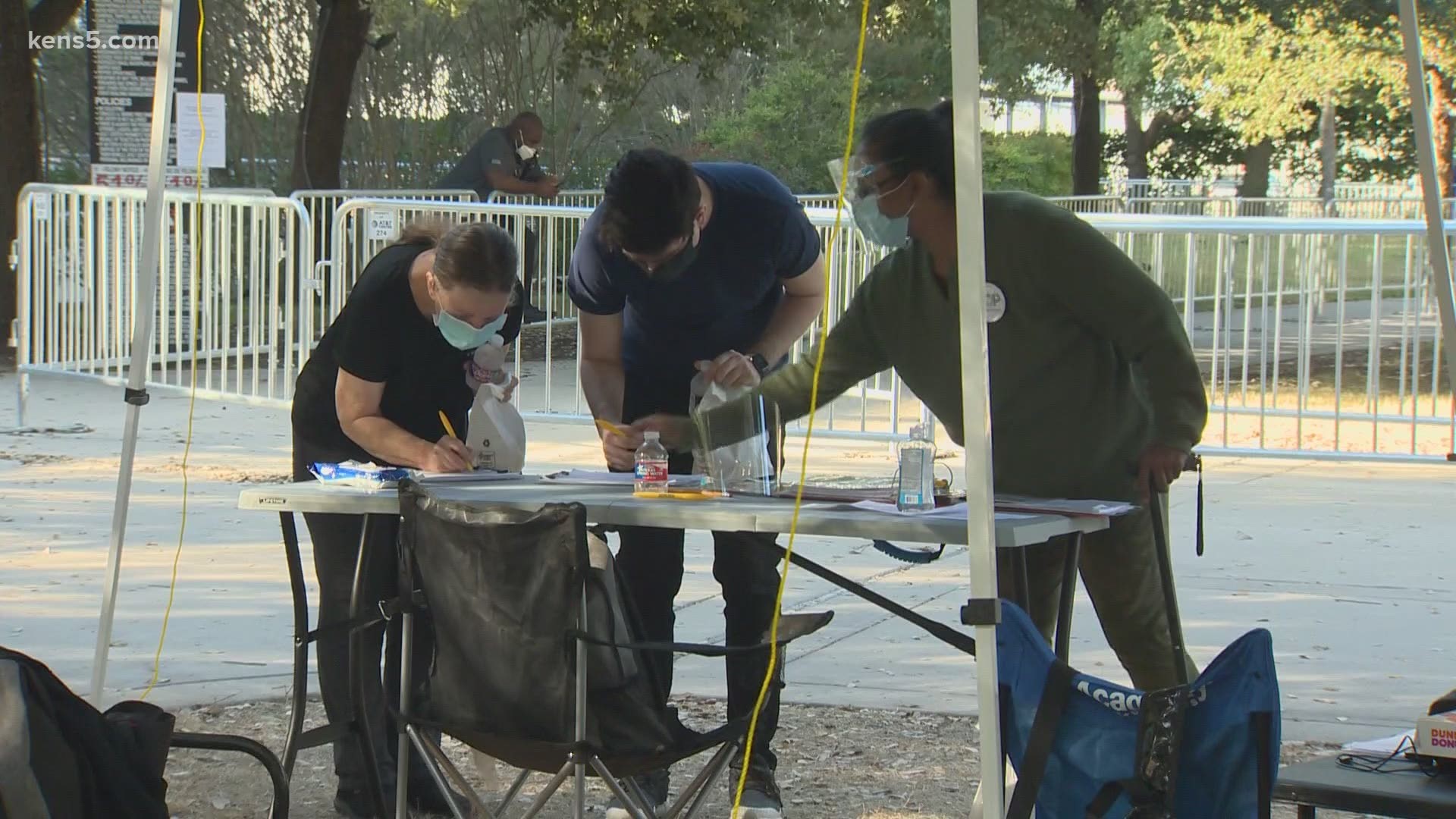 It's part of a contentious debate over police reform in the Alamo city.

Early in June, Mayor Ron Nirenberg stood on the steps of the Bexar County Courthouse and proclaimed to a group of protesters: “I’m the mayor of this god**** city, and we’re going to make change together.”

Energy was high and protesters were pounding the pavement to press for police reforms. Then came the work.

“Chapter 174, which gives cities in Texas the right to collectively bargain, and Chapter 143, that gives officers the right to arbitrate,” McManus said during a Facebook Live in June. “Those need to go. We need our elected officials, both locally and our state reps, to press that issue in Austin.”

San Antonio adopted the two state laws by a vote; Chapter 143 in 1947, and Chapter 174 in 1974. Now, activists with FixSAPD are collecting signatures to put it back on the ballot for removal, maintaining that repeal is the best way to help McManus keep his officers accountable.

“Since 1947, these laws have been on the books,” said Ojiyoma Martin, an organizer with FixSAPD. “And San Antonio is ready to repeal them, ready to give back the accountability they want. Ready to give the chief the power to manage his department.”

San Antonio Police Officer’s Association President Mike Helle said the dispute over arbitration is no reason to get rid of collective bargaining completely, stressing that in the past it has been the union driving reform and change.

“That’s what our organization does,” Helle said. “We’re not afraid of reform, we’ve had to be the change agent. So allow us the opportunity to do that.”

Helle said that though their reform efforts are mostly membership-driven, members of the public can feel free to send suggestions in.

“We certainly take all input,” he said. “I do receive emails from citizens, they can send me something.”

Since the chief's Facebook Live statement, SAPD put out statements clarifying that McManus does not support the repeal and that he only takes issue with the section of the collective bargaining agreement overseeing arbitration and internal affairs.

The following is a statement from the department:

"Chief McManus does not support repealing the state law. He has maintained that his issues are with certain sections of Article 28 and Article 29 of the Collective Bargaining Agreement which allows an arbitrator to reverse a termination on a non-fact issue. Chief McManus supports the CBA as a whole and does not agree that 143/174 should be repealed."

Article 28 and 29 can be altered with the union’s cooperation.

One way or another, both sides of this debate seem confident the people will take their side.

“The community has always had our backs, always,” Helle added.