An armed woman walked into the Pleasanton City Hall, stripped naked, and barricaded herself inside. Nobody was hurt in the incident. 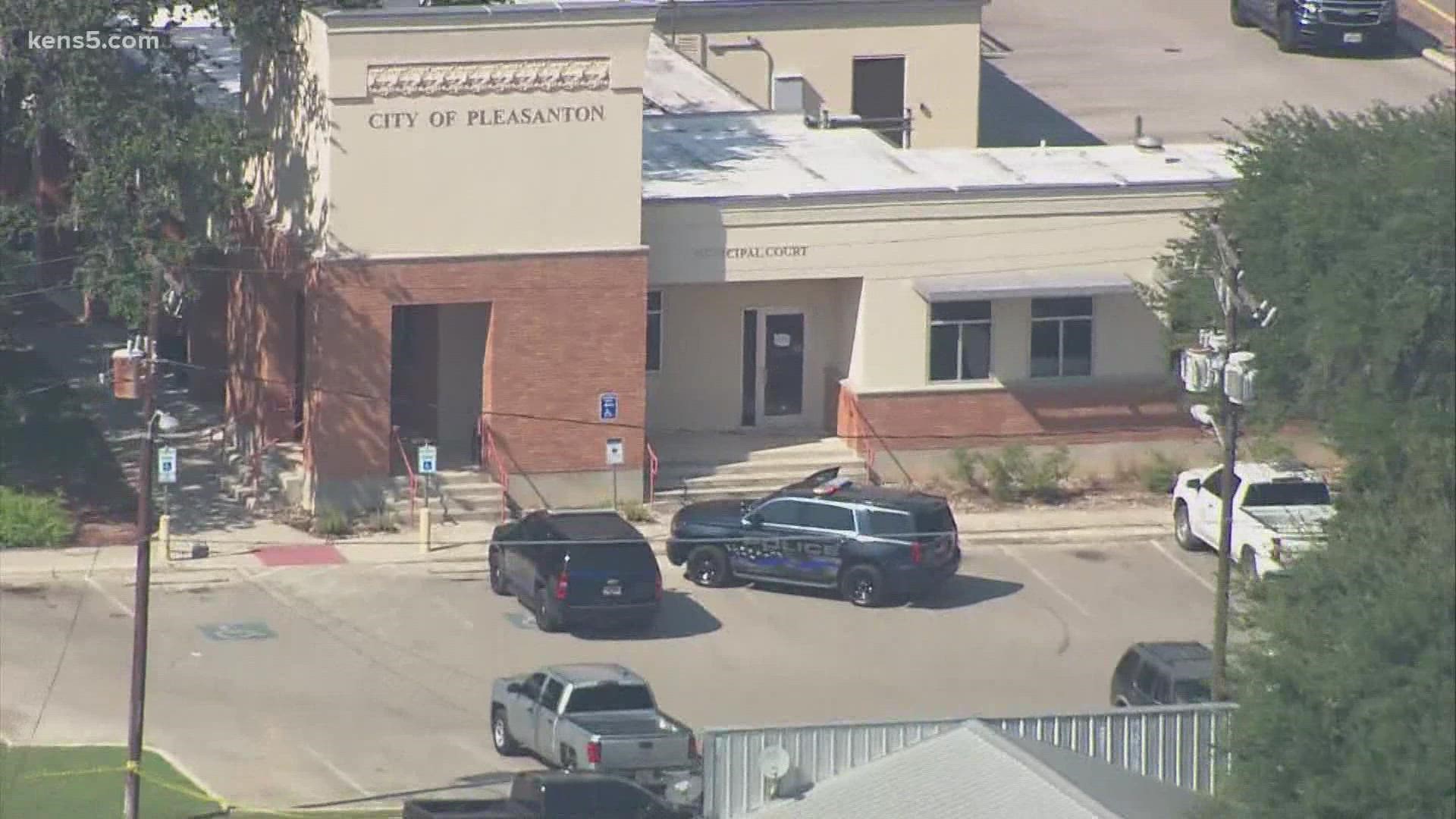 “All of our officers are trained in crisis intervention training,” Pleasanton Police Chief Ronald Sanchez said.

Chief Sanchez says that training helped his department Thursday afternoon when a woman walked into the Pleasanton City Hall armed, stripped naked, and barricaded herself inside.

“She basically sat there and rambled along incoherently and stated she would stay there for 21 hours,” Chief Sanchez said.

The stand off lasted about 9 hours, and with the help of the San Antonio Police Departments Hostage and Negotiation team they were able to get the woman out safely without any injuries

“We were looking for a peaceful resolution. We did not want to force her to do anything drastic, we maintained our distance,” Chief Sanchez.

Fortunately, the chief says no employees were inside of the building when the woman entered. He says he believes mental health played a factor.

“I’m no mental health professional but it just may have been a culmination of several things and she basically had enough,” Chief Sanchez said.

Chief Sanchez says with an uptick in mental health cases, it’s important for the officers in any police department to have some sort of training to help them respond appropriately.

“I think our crisis intervention training paid off last night. It had a significant impact on the outcome of this incident,” Chief Sanchez said.

It’s training that could have made the difference between life and death.