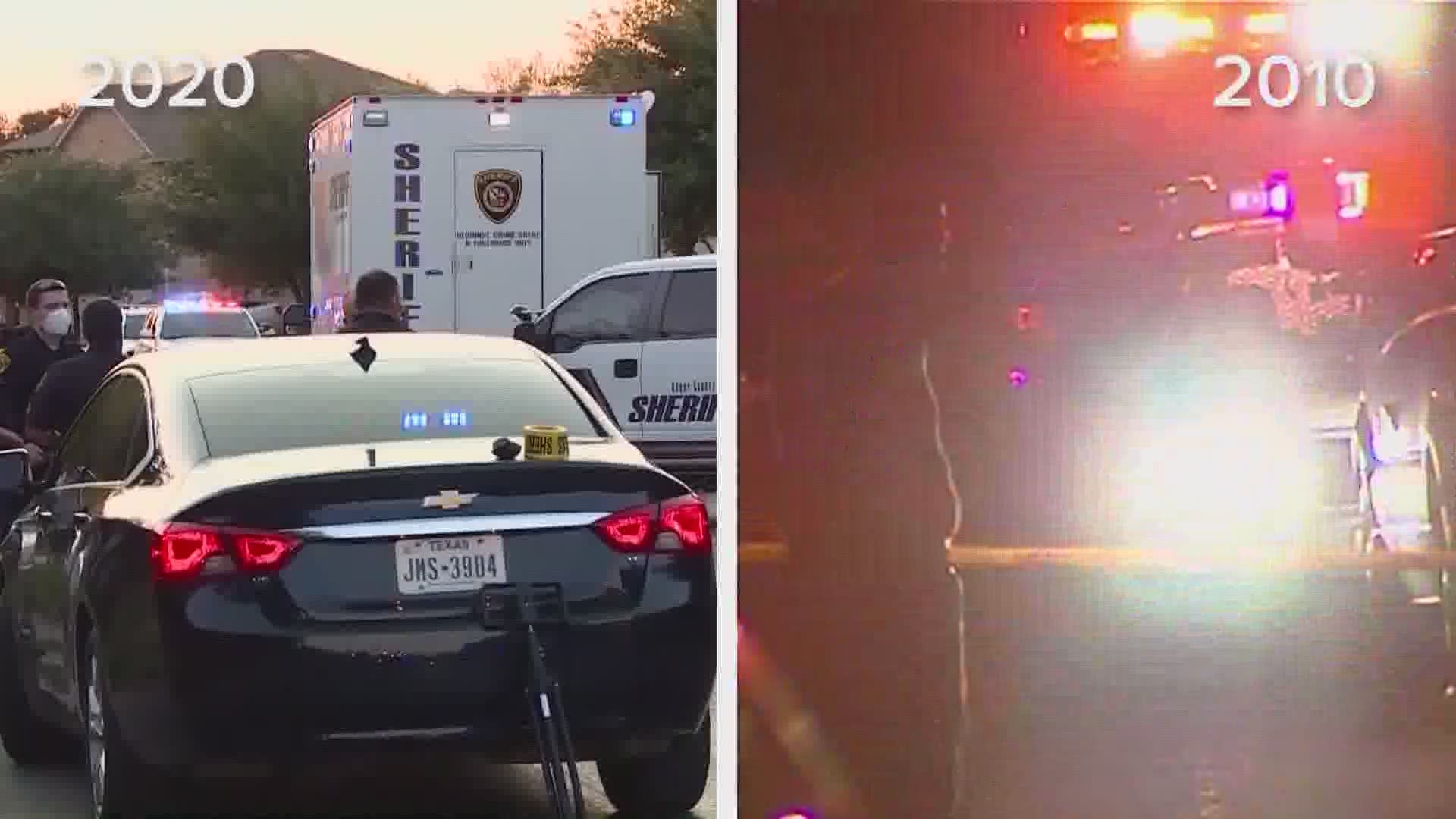 SAN ANTONIO — Combat veteran Damien Daniel and Jack Burney Butler share a tragic connection: They were both killed in a mental crisis situation by the same Bexar County deputy.

According to a news release from September 2010, Deputy John A. Rodriguez was dispatched to the 7500 block of Karen Skye Circle for a person with a knife. The release stated the Leon Springs Volunteer Fire Department was called to the north Bexar County address for an injured person who had fallen and could not get up.

Emergency crews said Butler pulled out a lock blade and started to stab himself in the arm. Investigators said the 35-year-old attacked paramedics who tried to assist him medically.

That’s when, according to the BCSO document, they called deputies in. Rodriguez was told by Butler’s family he was stabbing himself in the arm with a pocketknife initially. His sister reportedly took it from him and tossed it in the backyard.

The situation escalated as Rodriguez ordered Butler to drop the lock blade in the driveway. According to the deputy, Butler would not comply and walked toward him at a fast pace. Rodriguez fired multiple times.

Butler died as his family watched.

Daniels, armed with a gun and knife, was having a mental crisis episode following a series of calls to the 11200 block of Liberty Field on August 25.

Sheriff Javier Salazar said the deputies’ extension to help turned into the fight of their lives. The 31-year-old was killed after a two-minute-long struggle that began when he reached for a deputy's taser.

Protests and scrutiny continue to follow BCSO’s management of the situation, which did not include mental health staffing funded by the county.

“We need to be asking tough questions about not just how this particular incident was handled, but how we as policymakers make allocations of resources for the mental health population,” Commissioner Justin Rodriguez said. “Those who are struggling—our veteran in particular.”

Rodriguez said the latest deputy-involved shooting happened in his district. He posted a statement asking tough questions of Daniels’s killing.

But he said his intention was not to second-guess law enforcement; rather, to search for solutions.

“You know, what are the resources that we can help with allocating to make sure something like this doesn’t happen again,” he said.

The Precinct 2 commissioner said he expects more conversation on the issue as Bexar County works on adopting a budget by mid-September.