Four SAPD veterans shot and killed a man who ran from a traffic stop and into South Park Mall. 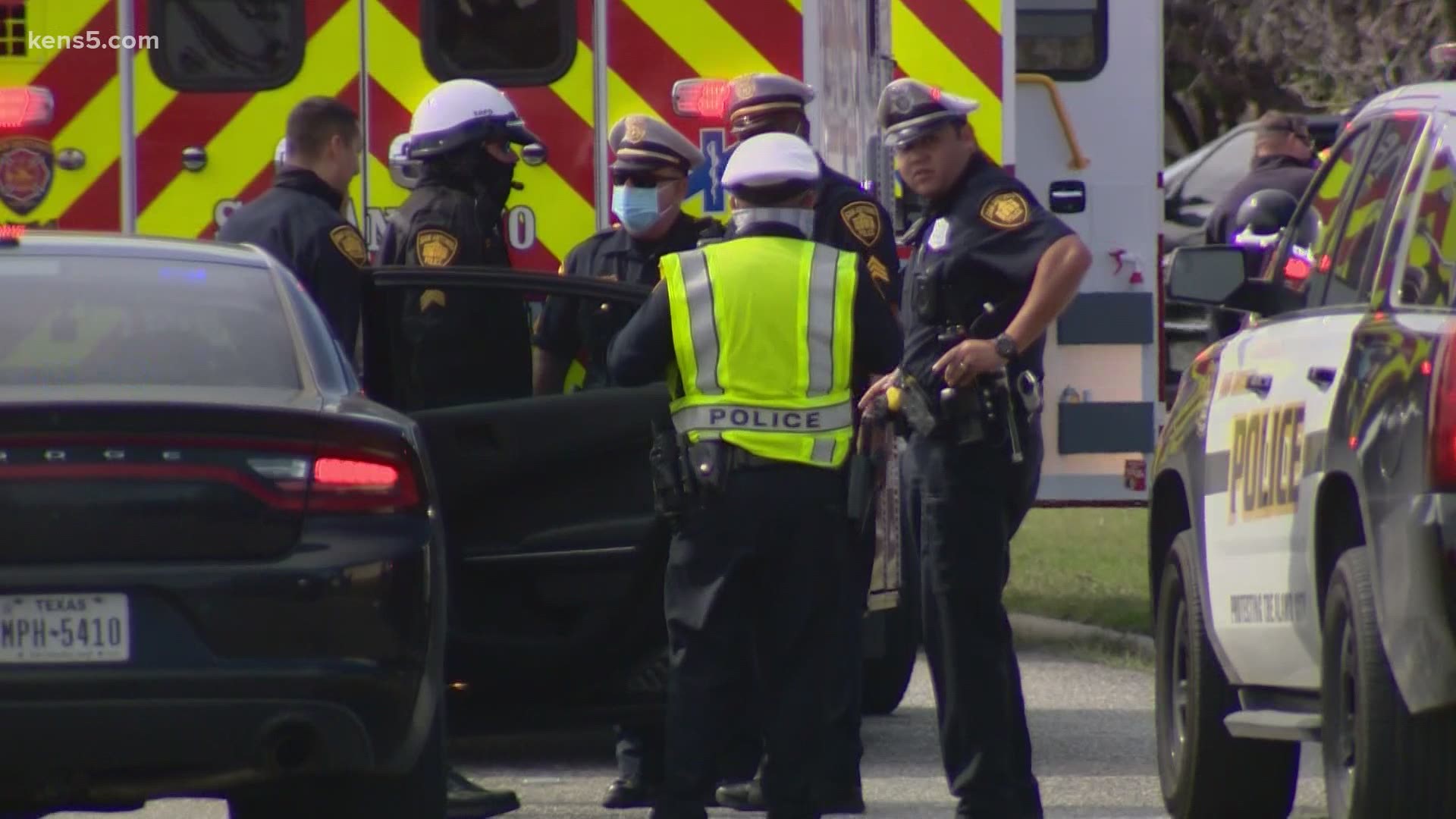 San Antonio Police Chief William McManus provided preliminary details from the scene of the shooting, which occurred in the parking lot in front of Dick's Sporting Goods.

McManus said a Department of Transportation inspector pulled over an 18-wheeler earlier Wednesday morning. The driver of the truck, who was not identified but was believed to be in his mid-20s, fled from the truck and ran into South Park Mall.

The driver was asked to leave by mall security and then encountered four SAPD officers in the parking lot while holding a gun in his hand. As multiple officers gave the driver commands to drop the gun, the driver attempted to re-enter the mall through secured doors. Unable to get back into the mall, the driver began walking through the parking lot.

According to further preliminary information provided by SAPD, officers continued to give the driver commands to drop his gun. At one point, the driver raised the gun toward the offers and the officers shot at the driver, hitting him multiple times.

A sergeant began performing first aid on the driver, but the driver ultimately succumbed to his wounds at the scene. killing him.

The four officers who shot the driver were veterans of the police department with a combined 72 years of experience with the police force, McManus said.

No one else was injured in the confrontation, according to the chief. No further details were provided regarding the officers' identities.

The reason for the traffic stop was not provided by McManus. SAPD's investigation is ongoing.