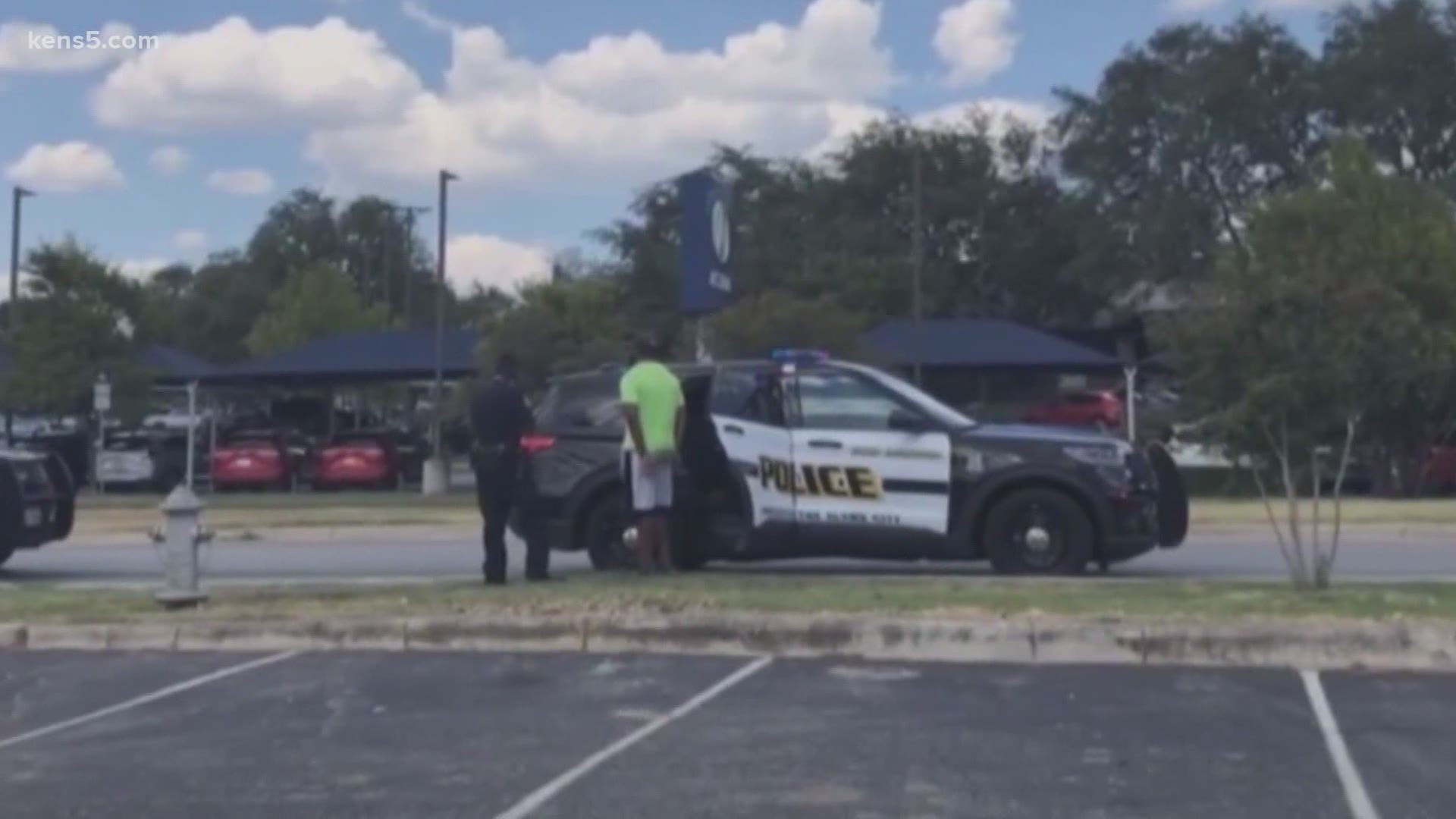 SAN ANTONIO — San Antonio Police Chief William McManus on Friday said he stands behind the officer­s who detained a jogger who matched the physical description of a man wanted for choking a woman to the point of unconsciousness Tuesday.

“This was grossly misrepresented as (racially-motivated),” McManus said. “I've watched the video multiple times – as well as the rest of my staff, the city attorney, the deputy city manager – and there was absolutely nothing that was done wrong in this stop except that the individual failed to identify himself, refused to identify himself, was antagonistic during the whole thing. And I support the officers in the stop. They did absolutely what they should have done.”

The department said the woman who was assaulted described her attacker, her ex-husband, as a Black man wearing white shorts, a green shirt and having a scruffy beard. It was later determined that the jogger matching the woman’s description whom police detained, identified as Mathias Chuks Ometu, was not the domestic violence suspect police sought.

Still, Ometu was taken to jail on two felony charges of assaulting a peace officer after police allege he kicked officers as they tried to place him in a patrol vehicle.

“That man in the green was jogging, the cops pulled him over and because he wouldn’t give him his name, he got handcuffed,” Maas said while narrating a Facebook Live video of Ometu’s arrest.

Former Bexar County District Attorney Nico LaHood elaborated that while Ometu did not have to give his name, officers had an obligation to investigate the crime.

“If anybody fits a description as a suspect, well then obviously an officer has a right to go up to them and to reasonably detain them,” LaHood explained. “They have reasonable suspicion to look into the facts of the incident, to see if he matches or she matches. The individual has a right not to say anything. They're not under arrest. It’s not giving false information, it’s not failure to I.D. You don't have to say anything, but you do have to remain in detention.

“And the way it typically happens is that the person that is the complainant, or the alleged victim, will come out and identify that person or not. It'll take some time. It might be a pain in the butt, but then once they identify that's not the person, then they're released.”

McManus said officers were attempting to do just that—take the alleged victim to determine whether he was, in fact, her attacker. But the woman had two young children in the house and was unable to come to the scene, so officers then decided to take him to the victim.

But Maas told KENS 5, “here he is just minding his business, and they threw him in the back of the cop car. And because he didn’t get in the back of the car – he’s like, 'Why? I didn’t do anything wrong' – they decided, 'No, we’re going to beat the crap out of you and throw you in there regardless.'"

Online court records show Ometu, a graduate of the University of Texas at San Antonio and an insurance adjuster, has no prior criminal history in Bexar County. Ometu’s father told KENS 5 his son has never had a run-in with the law before Tuesday, adding he was glad someone was watching over his son.

On Friday, sources confirmed the actual suspect in Tuesday’s attack, Darren Anthony Smith Jr., had been taken into custody by officers. Despite Ometu not being the suspect they were seeking in Tuesday’s assault, McManus said body camera shows the officers followed policies and the law.

RIGHT is Mathias Ometu, the man police stopped and say refused to identify himself. Ometu is now facing 2 felonies for assault on police. @KENS5 pic.twitter.com/NzHJU7itQd

Late Thursday night, Mayor Ron Nirenberg took to Twitter, writing “I am seeking a full accounting of this incident, which is currently under investigation. We have to approach this situation seriously because every single resident deserves fair and equitable treatment from their city.” On Friday, he said he was calling for body-worn camera footage to be released.

While McManus said on Friday that the department will release that footage, it has still not been shared as of Friday, and it's unclear when it would be released by the agency.

“Because it's gotten so blown up, way out of proportion, we want to release it to show everybody what the officers actually did,” McManus said.

Asked whether he would release video in cases where he felt officers were potentially in the wrong, he said the agency will follow the law as it relates to the release of body camera footage.

The wrongful arrest of a Black jogger is unacceptable and too common in America.@SATXPolice needs to immediately release dash- and body-camera video, and the reported description must be independently verified.

We need transparency and accountability. https://t.co/iJAQae7voT

“I think there was a lot of reaction to this before everybody had the facts,” McManus said.

McManus last month issued four officers indefinite suspensions in connection with two separate incidents in which the officers were alleged to have used excessive force. He said he has no issue holding officers accountable for misconduct.