Mathias Ometu was stopped by police on Tuesday afternoon, and placed in handcuffs after refusing to answer questions. 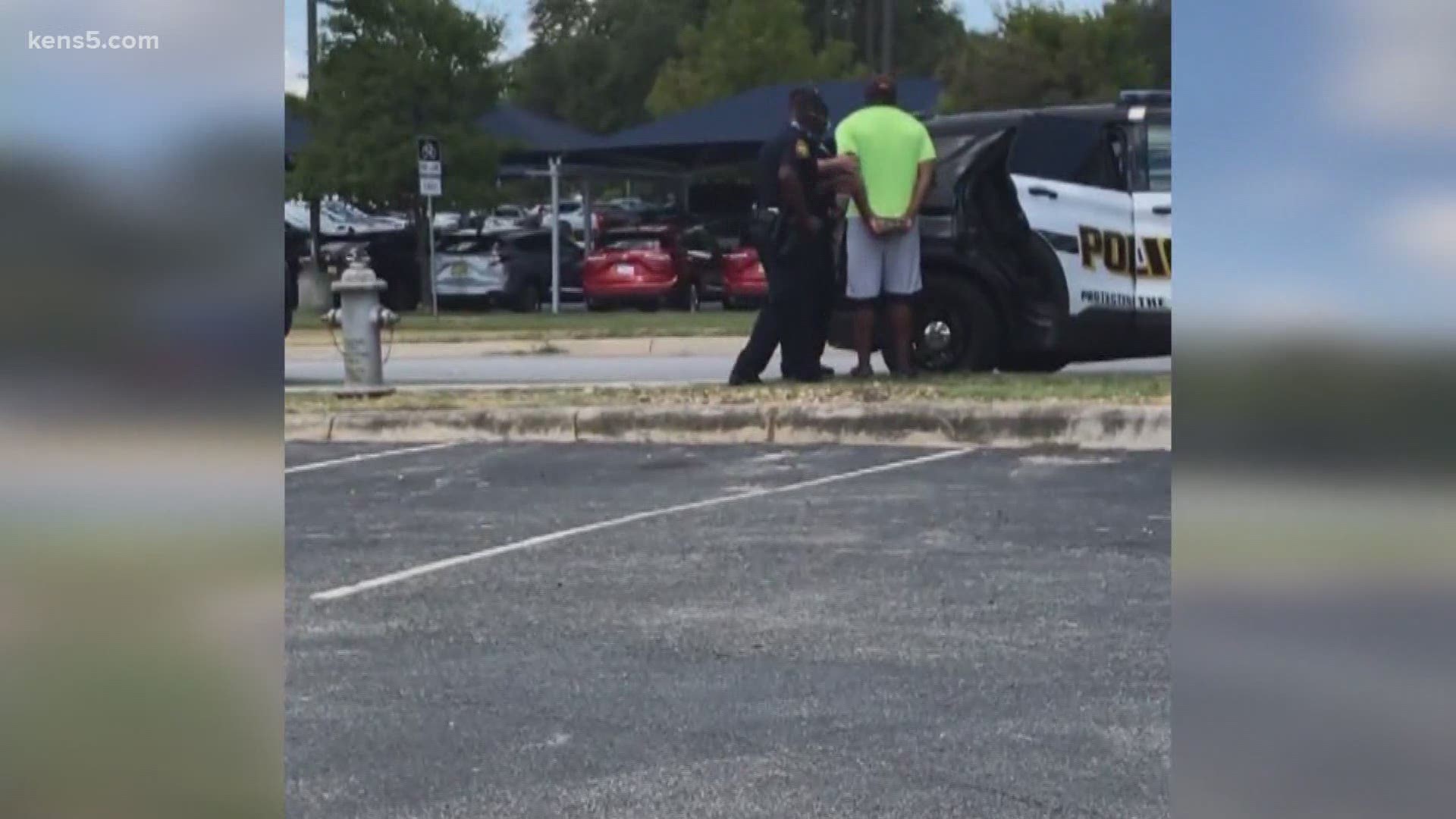 SAN ANTONIO — The man arrested by San Antonio Police after being mistaken for a domestic violence suspect has been released from jail.

On Tuesday afternoon, officers were looking for a man accused of choking and punching a woman at an apartment complex on the city's northwest side. The man they stopped was Mathias Ometu.

SAPD officials say Ometu was placed in handcuffs without incident after he refused to answer their questions. Authorities say he was then asked to sit in a patrol car and refused.

A struggle ensued when officers attempted to put Ometu into the police vehicle. As it turns out, according to SAPD, he wasn't the man they were looking for. Nonetheless, he was still arrested and taken to jail, on charges of assault on a police officer.

San Antonio Police say it is now investigating the incident. Mayor Ron Nirenberg, meanwhile, told KENS 5 on Thursday night that he is "seeking a full accounting of this incident, which remains under investigation."

"We have to approach this situation seriously," the mayor added, "because every single resident deserves fair and equitable treatment from their city."

RELATED: Police admit they arrested the wrong man, yet he still sits in jail