'I am missing part of my right arm, but I am here': Comal Co. deputy shot in line of duty still on road to recovery

Several months after a shotgun blast changed his life, Eddy Luna is staying positive with his renewed outlook. 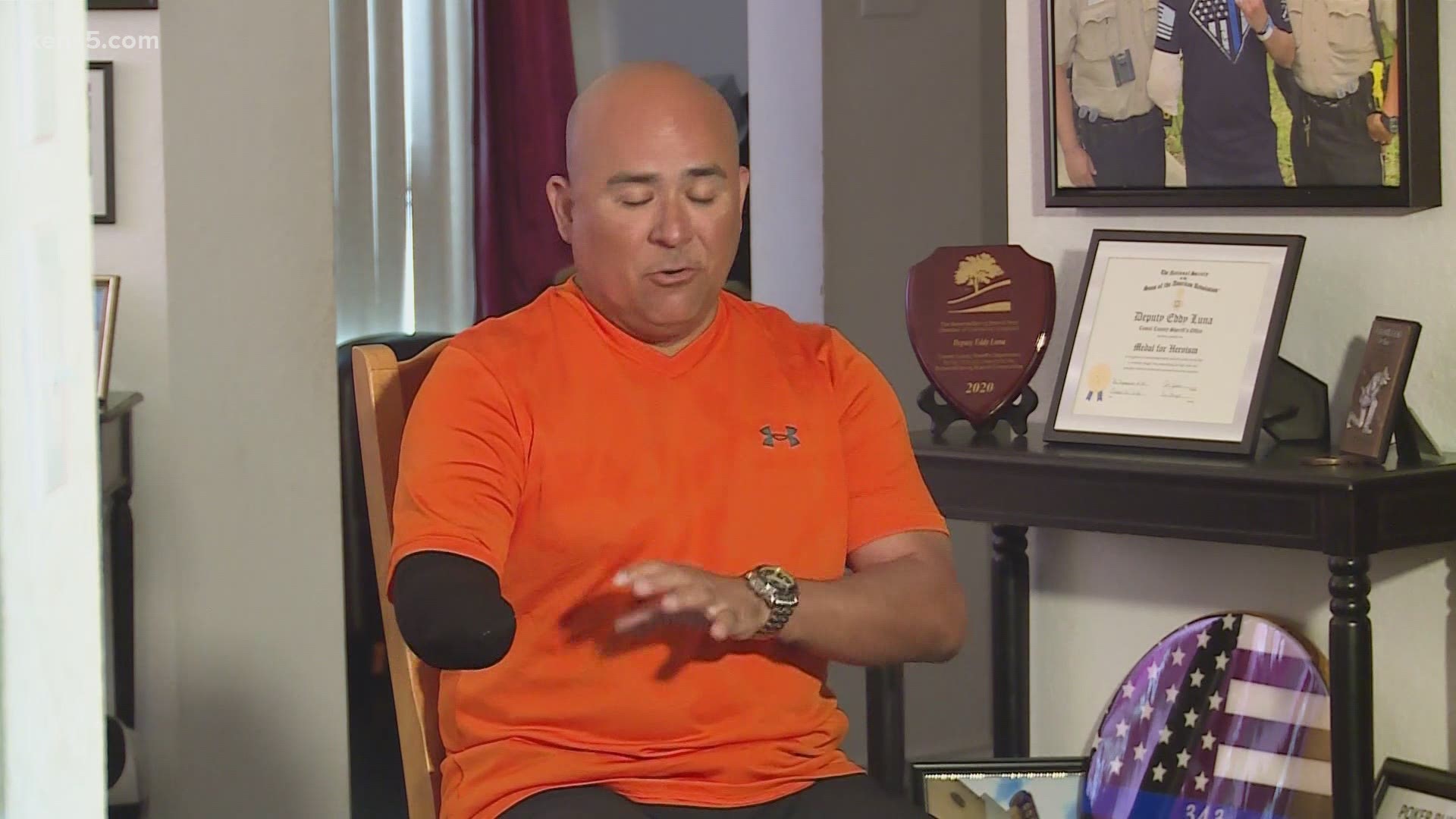 COMAL COUNTY, Texas — A Comal County deputy shot in the line of duty last year is still on the road to a long recovery.

Deputy Eddy Luna lost nearly his entire right arm after he was shot while serving a warrant. Several months later, the deputy remains rehab and is close to getting a new arm and bionic hand.

Luna said he was shot in close range back in August 2020.

"I took a direct shot and I fell," he said. "I couldn't get up because my right arm was almost severed."

Investigators said suspect Brian Scott Sharp shot the deputy with a shotgun, taking out his forearm and right hand.

"I remember my hand just sitting there," Luna said. "And I picked it up – my hand – because I didn't want to lose it and leave it there."

Luna and his partner – also his brother – were serving an arrest warrant on Sharp. After the gunfire, Luna called to his brother because was losing too much blood.

His brother would go on to save his life.

"He got his tourniquet and he slapped it on my right arm," Luna said. "He twisted until the blood was literally dripping."

Luna was taken to a San Antonio hospital, where he underwent 13 surgeries. Doctors had to amputate nearly his entire right arm. Now, several months later, strength is returning—slowly.

A new bionic hand is also in the works.

"Basically a support hand," he said. "You can shake hands, open doors, point at things and literally move all your fingers.

The journey has been tough. But with his bright positive spirit, this deputy isn't slowing down.

"I came out and I am here," he said. "We are just waiting to get myself all better."

Luna hopes to return to work by the end of the year. A team is working on his prosthetic forearm right now, which will then attach to this bionic hand. It will require a lot of muscle and mind training.