Deputies, police officers shot at several times in different shootings in San Antonio over the weekend 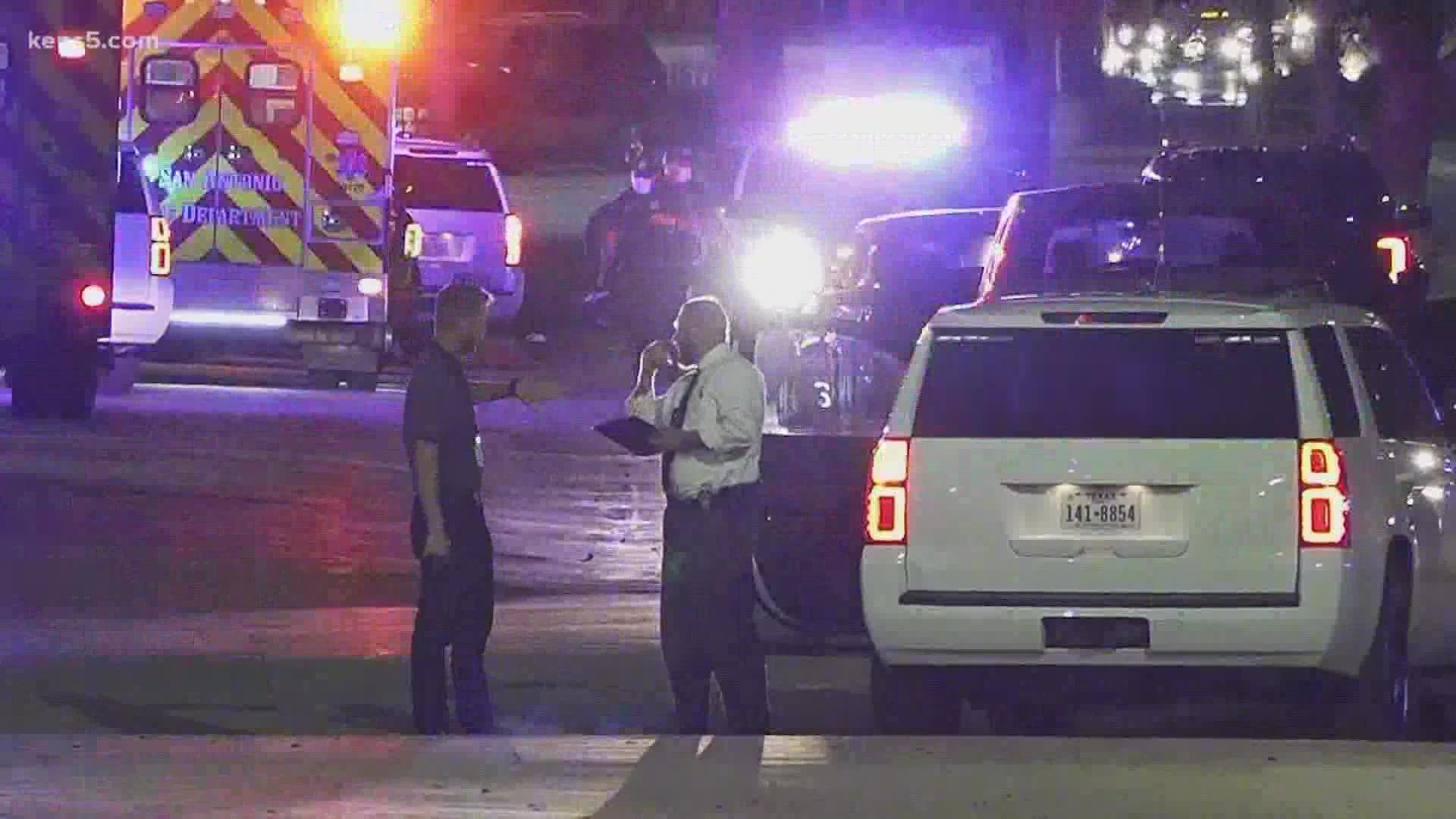 SAN ANTONIO — At least five times in the last four days, police find themselves in the crosshairs of criminals.

On Saturday, San Antonio Police officers fired their weapons in two separate incidents, one of those shootings was fatal. A Bexar County sheriff’s deputy also shot and killed a man they say fired first at a deputy.

Starting around 10:00 pm on Saturday was the first of the three shootings involving law enforcement.

The Bexar County Sheriff’s Office said a deputy shot and killed a suspect who fled from a traffic stop and may have fired at law enforcement.

Sheriff Salazar said that a deputy tried to make a traffic stop on I-35 near Hormel in northeast San Antonio. He said a man in his 20's with a backpack ran from the car into an industrial complex, and a second deputy gave chase and stopped his car near the suspect.

"It appears that that suspect may have fired a shot at the deputy," Salazar said.

The man was pronounced dead at the scene and was found with a semi-automatic handgun.

“This is actually the third time in three or four days our deputies have been shot at,” Salazar added.

On Thursday, a BCSO deputy was shot at by two suspects on the far west side, and Salazar said there was another shooting involving a deputy on Friday night.

Just after midnight, San Antonio Police say an officer shot and killed a man they say pulled out a gun while running from police.

It happened in the 200 block of Pima Street where SAPD officers were patrolling the area for drug activity, according to SAPD chief William McManus.

“It was just, bang bang bang, I didn’t know what was going on,” a neighbor told KENS 5.

“It was pretty insane, nothing like that usually goes on over here,” the neighbor said.

Around 2:30 am on the northwest side was where the third law enforcement shooting of the night took place.

SAPD says they were responding to a call of a shooting behind the BurnHouse Bar.

SAPD says police officers were at another scene and were told three men had guns in the back parking lot behind the bar.

When officers went to the parking lot, the three men in a silver Mercedes drove off and some shots were fired.

Police officers returned fire, and a woman sitting in her car was hit by a stray bullet. It’s not clear whose gun the bullet came from.

Authorities say they are still searching for the silver Mercedes.

While all three incidents are not related, Sheriff Salazar says its part of a trend.

“The fact there are more guns on the street, albeit they’re legal guns, most of them are legal guns, they’re being stolen from lawful gun owners,” Sheriff Salazar said.

The guns falling into criminal’s hands is what possibly can lead to law enforcement dealing with deadly choices, something they must face every day.

“We know our job is inherently dangerous, but if we stop pursuing people, if we stop making traffic stops because we’re afraid to get shot, we’re in the wrong business. We have to be as careful as we can,” Salazar said.

All three shootings, which police say are not connected, are under investigation.